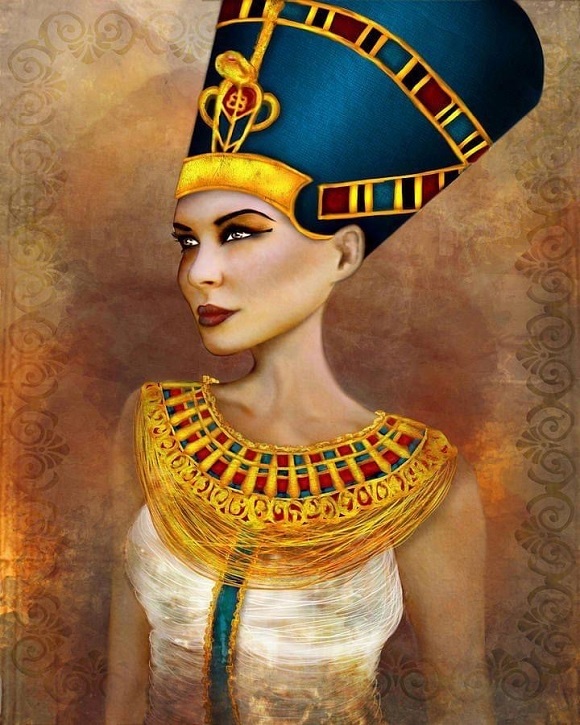 I am Queen An-Ra and I am pleased to be here today. It has been a while since my last message, it seems like centuries ago. The time for us doesn’t have the same meaning like here on Earth, we are always living in the moment and in the now.

I come from Egyptian Civilization and from Andromeda Galaxy, I was here on Mother Earth 10,000 years ago and my civilization was helping humanity with their advancement. We were teaching you on how to use our technology and we were enlightening you on the spiritual laws of the Universe. Unfortunately, we decided to leave and take our knowledge and science with us as your Human Civilization stopped listening to us and our teachings, and started to move towards the negative direction by being influenced by the Dark Ones.

Since the last time I spoke to you, I became in charge of the main council group called The Grand Council, and I let go of the old members as it was necessary to make the changes for the better. The rules that were created a long time ago became an obstacle for the whole Ascension Process on Gaia, and they were actually benefiting more the Negative Ones than humanity.

After having a few briefings with Prime Creator, it was decided that I am going to be running The Grand Council, this needed to happen, because the Ascension Process on Earth was moving too slow. I am changing a lot of rules to make things easier for us to work directly with the humans and not being constantly overly concerned, if we are breaking any of the rules, which at times feels like millions of them.

I am very serious about my responsibilities, and I already removed some of the Alliance members, who were stopping the progress in the preparation for RV and the redistribution of Saint Germain Fund to humanity. The process is long overdue, the rest of the Galactics and I are done waiting, so a time frame was given for the Alliance by when the money is needed to be given out to the people on Earth.

We are tired of hearing about thousands of excuses, on why the funds are not in the hands of human beings now. I want to see results and not being constantly stopped by obstacles, which are delaying this important step. Me and the rest of the members involved in this Process spend lifetimes here around Mother Gaia working to help all of you to achieve this transformation of ascending from this 3D duality to 5D.

The Ascension Process here is like a jigsaw puzzle where each piece needs to fit perfectly together. I come across daily with new and unexpected challenges that appear on your planet. One of the latest complications that I am dealing with is a Key Twin Flame Couple. The male runaway from his responsibilities and that put the breaks on big parts of the Ascension Process. This Twin Flame reunion is important as it’s the first big piece of the puzzle that will have a domino effect on the other Twin Flame Pairs by activating them and it will also start many other missions, which will get this Process moving again.

I am working with Prime Creator and with Ascended Masters on bringing him back to his Twin Flame. We are not going to allow for this male Twin Flame to jeopardize this Ascension Process with his ego and his selfishness.

The transformation in your reality is very slow, so a slight change on Gaia is almost invisible for the human eye. I am asking for all of you to stay in the present moment and meditate to help accelerate the high energies, which are essential for Ascension.

The world you knew is disappearing right in front of your eyes, it’s collapsing each day more and more, and nobody not even the Dark Ones can’t prevent the deterioration of this Matrix. It’s falling down like an old building, no matter how much effort the Negative Ones will put to keep it together, it’s still falling apart. The old system first needs to collapse and then it’s going to be replaced with a new one. This will restore the divine balance in your world and everyone will be happy and harmonious again.

I just want to remind to everyone about their responsibilities especially for the ones, who know their duties, please follow them through as your progress in this transition depends on your actions. Before coming to this planet, all of you took an oath to help and fulfill your tasks here on Terra Christa.

We the Galactics including me, Queen An-Ra are following up on our promise to bring this civilization to their next step of evolution to 5D existence. Please, also don’t forget the fact that you are the first ones ever in the history of the Galaxy, who are going through this transformation into Ascension by taking with you, your physical bodies.

I am monitoring very closely all of the operations that are going on this planet, especially activities by the Negative Side. My Egyptian fleet and Ashtar fleet, we are always ready to jump in and rescue Mother Earth from an unexpected dangers. Most of the disasters on your planet are man made by the corrupted souls, who serve their Dark Masters.

Their ruling and control of the humankind is coming to the end, they are so desperate now to stop the Ascension Process that the Negative Forces are going after the awakens ones by attacking them. Please, don’t get intimidated by their actions, because you are winning the battle as the Light always brings down the Darkness. Their days are numbered on Mother Gaia.

I am Queen An-Ra and I was glad to be here today to give you on update on the situation around your planet Earth and your Ascension Process. Thank you.