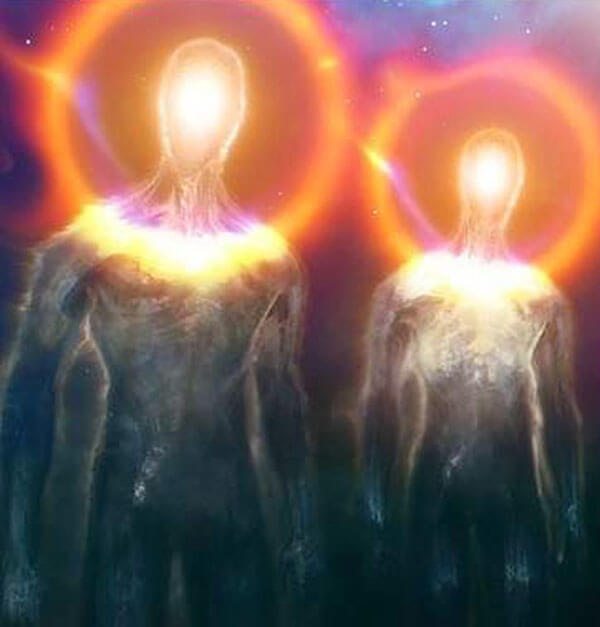 Welcome once again to the Arcturian Group messages.

Everything is proceeding according to plan although it may not seem that way. Each day as more people awaken and begin to question the status quo, the collective consciousness grows lighter. Many more are now beginning to ponder higher ways of living as they recognize that that which they have always accepted without question does not serve the majority.

Much of the old energy remains alive and well but do not be fooled by appearances for the changes taking place in individual consciousness are beginning to manifest outwardly. This does not mean everything is going to suddenly become roses and light, but rather means that increasingly the obsolete creations of duality and separation are being recognized and rejected.

A great deal of exposure is going to take place in the next year. Those who refuse to to accept change and continue to flex their three dimensional muscles in hopes of keeping the majority in fear and old energy, will find themselves becoming less and less effective as those they hope to control begin opening their eyes.

Intense frequencies of Light are flowing and lifting all who are receptive to higher levels of awareness. Everyone, receptive or not, is feeling these energies. Relax and allow the process of integrating them as best you can. Detach from the chaos when you feel the need, even if it means simply going to a restroom for a few moments. Center frequently throughout the day and eliminate the “must get this done” programming that pushes you to do, do, do, when your body is tired.

Do not identify with the ascension symptoms you may be experiencing but rather simply recognize and allow them. You are moving into an integration phase now. Many believe they are sick or that something is physically wrong as their physical body integrates higher frequencies and forms new pathways with which to carry them. The ascension process affects every person differently depending upon what is clearing and what is integrating according to their individual state of consciousness.

Mind, which is an avenue of awareness, will always jump in with solutions according to what it knows. Honor the mind and evaluate its suggestions, but never forget that that there is a deeper and higher process going on that the human mind in and of itself, cannot explain to you. Information that flows from within comes to you through the mind, but never from it.

You are well beyond the need to continue seeking for God and spirituality as these practices flow from a sense of separation. Instead, begin to identify with the reality of your being, the I AM, the Divine Consciousness that you are. Consciously accept that the peace, safety, security health, intelligence wholeness, harmony, abundance, etc. you have been seeking is already fully present within you.

Once and for all release all favorite excuses as to why this is not possible. Until a person begins to acknowledge and accept the reality of themselves, they remain in and continue to manifest from separation consciousness.

In general, consciousness is awareness fully integrated and expressing through and as a person’s thoughts and actions. For example–learning to drive a car. At first a new driver will study and think on an intellectual mind level about every step and rule for driving. However with time and practice, the information becomes automatic and driving becomes easy and without conscious thought. Driving a car is now established in his/her consciousness.

This is the secret behind child prodigies or talents that are quickly and easily learned. The particular musical, acting, scientific, or artistic talent was developed and perfected through other lifetimes and is now a state of consciousness. Although most are not aware if it, prodigies young or old, have all spent lifetimes studying, practicing, and perfecting their particular talent and because consciousness does not or cannot regress from an attained level, they incarnate with it intact.

When the consciousness of some truth is attained, it is becomes available to all who are a part of your consciousness–children, family, friends, etc. for there is only ONE. If they are open and receptive they may receive insights or even healing but if not, they will not even notice.

The spiritual journey is simply the evolution of individual consciousness which on earth is done through lifetimes in which a person gently or painfully learns to move beyond that which is false in his consciousness. Divine Consciousness is already fully present in every individual simply because it is all there is, but freewill allows every person to express whatever three dimensional conditioning they choose for as long as they choose.

The worst of criminals has Divine Consciousness but is allowing only a tiny pin prick point of its Light to express. This is not done consciously. The un-awakened do not yet know who they are and are only able to express themselves through the three dimensional belief system they hold as reality. Divine Consciousness remains forever fully present awaiting recognition in every individual regardless of how limiting their present belief system may be.

The evolutionary process requires hundreds of lifetimes and experiences for most. You have done this work or you would not be able to align with these messages. Most of you chose to came into this lifetime having already attained a higher level of awareness in order to teach and serve during these energetically intense times. Evolution does not end at a particular point, but rather continues infinitely because Divine Consciousness is Infinite.

Evolution is like observing life through a very dirty window through which objects appear distorted and colorless. The observer then bases his beliefs and life decisions on what he sees. Each good or bad experience in every lifetime serves to wipe a tiny bit of grime off the window until at some point he is able to clear increasingly larger sections, allowing him to perceive that which was previously unrecognizable with new insights and clarity.

Previously dull colors are now seen as vibrant and varied while life and people begin to reflect beauty, unity, and love. All life forms are recognized to be in and of ONE and hope arises to replace previous despair, sorrow, and sense of separation.

You may wonder; “I am awake. Why then am I still experiencing three dimensional problems?” At this point ask yourselves; “What am I believing that is making me feel this way?” There are many answers to this question but frequently it is because new insights have not yet fully integrated and become one’s living, breathing, state of consciousness. Sometimes it is because the individual’s has made a pre-birth choice to serve in lower resonating energies for the purpose of helping awaken those who remain steeped in density.

Know that once you choose to spiritually evolve you are on your way and whatever difficulties may present along that way are a part of your individual process. Release all teachings and concepts regarding how evolution must look or be experienced in order to be correct. Trust that your intention to evolve has set everything in motion and you don’t need to light a candle, chant, or jump up and down to make it happen.

An attained consciousness of Oneness manifests outwardly as whatever is needed even in the most intense of circumstances and often as something seemingly very ordinary and practical. Give up trying to figure out, plot, and plan everything with the mind. The finite human mind is incapable of understanding or comprehending that which is infinite.

Cease struggling to attain what you already are. You have been falsely programmed to believe that the spiritual journey must be difficult and hard. All that is required is that you live each moment from your highest state of awareness. Simply allow the process and go within often to bask in Oneness with Source.