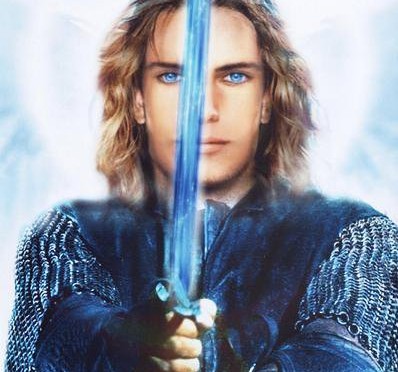 I am Archangel Michael with my weekly message to all those in the Angelic Warrior Light Group.
We are now past thirty weeks and we have accomplished a lot.
For those of you who are unaware of the impact your light has upon this world, understand that one lightworker can change the fortunes of thousands of earthlings, as the earthlings are in a depleted state right now. When hundreds of lightworkers come together we can create change upon this planet, the likes of which has never been seen before.
Have they tried to cull the people of the planet off before? Yes they have. The Light has stopped them before. There were other lightworkers and starseeds who lived on planet earth who have since left the planet and returned home. Others became trapped or stayed on earth of their own choice, and they are some of the ones who require you to rescue them.
Rescue them? You are asking. Why do I have to rescue others? Who am I to do this? You are a powerful being of Light, a being so strong that the dark ones have sought to bring your frequency down. What you may not realize is this is only possible WITH YOUR COOPERATION. When you do not cooperate with them, you become unstoppable, so strong is your light. How did you cooperate? You ask. It was when you were placed in society and when you learned its rules, the rules that became your enslavement and contributed to your belief system. That is how you cooperated. You were tricked into lowering your own Light.
Now is the time for all upon planet Earth to say, “No,” to this regime and to choose better for themselves and for their children.
Part of this is the process of utilizing your Light in order to regain control of systems and facilities that are not working in your favour, and this is what we have been doing via this group.
Again, we ask you to open your chakras and pull in Light from the God source. In doing so, you can then ground it into earth’s 4D grid, and this will help stabilize the earth and the processes and outcomes required to enlighten all upon earth to the trickery that has been thrust upon you for so many years. The more Light that is sent into the grid, the more those attached to it, and that is most earthling, will find the power to wake up. The more their frequency will rise because of your increasing the frequency of the grid. This will weaken their darkness and bring more Light into their lives. This will help the world to vibrate faster and create change faster.
There are other groups doing such things as well. Some choose specific dates in order to maximize the potency of their Light. Please indulge these groups as well. You came here to hold Light and to give it to earth. Your Light is the breath of God.

Me: He’s got me crying again! LOL

AAM: I know you cry because you realize the truth of what I’m saying, Sharon.

Me: I do. I love it. I’ve never heard it put that way before. Thank you for saying that, Michael.

AAM: Thank you all for working with us. It has been a long road and the journey has been difficult but in keeping your vibration high, it will be easier for you.