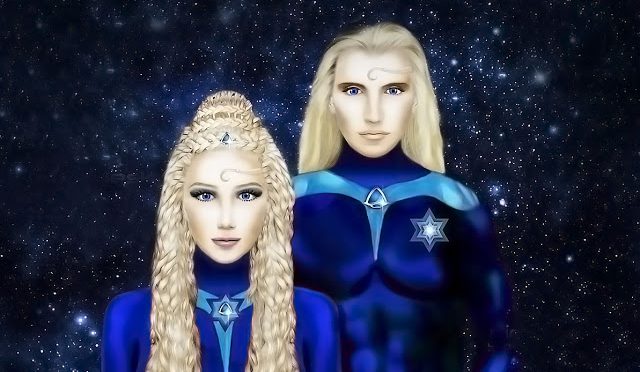 The Arcturian Group via Marilyn Raffaele, May 6th, 2018
Dear ones,  welcome once again to the Arcturian Group messages.   Know that you are rapidly progressing  into new levels of awareness which for some of you has resulted in discord with family and friends upset and disappointed because you have changed and are no longer the same person they knew and want you to continue to be.

Spiritual evolution  often forces those closest to the one awakening to question their own belief system giving rise to emotions of anger and defensiveness.   Seeing and believing differently than you have in the past  will often “rock the boat” of those closest to you because the energy alignment you previously held with them is dissolving.

Awakening often results in the end of some relationships.  This frequently  happens in families or with friends that are closely in energetic alignment  by a particular belief system,  religious practice, tradition,  or cultural heritage.  It is vital that you never allow some person or group to guilt you into remaining in a state of consciousness you have outgrown.

The purpose of choosing to live on earth is to evolve, and choosing to to remain locked in some particular belief system in order to please others or simply “keep the peace” is a surrendering of personal power. This does not mean that you abandon family and friends unless it becomes necessary which it sometimes does.  It simply means that you stay centered in truth and alert to the temptation to align with any beliefs the group may hold but that you no longer resonate with.   Life becomes  being  “In the world, but not of it”.

It often happens that one’s evolution will simply, gently, and without effort, dissolve certain relationships as each realizes they no longer have anything in common.  This is often the case with those who originally came together for the purpose of completing something unfinished from a past life, and which is now complete.  There are those who try and  make  dissolving relationships continue,  but this can only fail because in order for relationships of any kind to work, there must be energy alignment.

Be not afraid of anything at this time dear ones, for you are witnessing how evolution works.  An individual will receive some deep insight and because there is only One,  those in alignment with that person anywhere in the world may also receive it, This is why it often happens that someone gets an idea for an invention and at the exact same time, another person often far away receives the same idea for the same invention.

Truth is  present in and as every individual,  but cannot become their conscious reality until the individual is prepared and capable of aligning with the higher energy of the truth.  (The Christmas story of the Christ being born in a stable.)

Every soul at some point must open that door from which the “imprisoned splendor can escape”.  Regardless of what many still believe, no one, no master, no “saint”, no teacher or teaching,  no matter how evolved or revered can do this for you.   They can assist you in your choices as  you awaken, but only you can open that door.

Everyday more are awakening,  even if it is simply a growing dissatisfaction with how governments, religious teachings, and corporations have stripped people of  personal power.  Without the need for you do anything outwardly, those of you who go within, connect frequently, and live the truth you know are adding  Light to world consciousness which in turn makes it available to all who are receptive.

Words and actions that flow from an evolved state of consciousness are capable of triggering a new state of awareness for those seriously seeking a higher way for themselves and the world.  Many are on the verge of awakening at this time and those satisfied with the status quo are becoming a minority.   Some who have always lived in fear are now reclaiming the power they ignorantly gave away and feeling comfortable instead of fearful doing it.  You are on the verge of much change in spite of appearances but you must be patient and allow the process.

We wish to speak to the idea of security which in the third dimension  primarily  revolves around vulnerability and separation, concepts designed to keep the majority locked in fear.  The only real security there ever is or will be is already fully present within you.  Safety and security is the automatic manifestation of the conscious realization that there is nothing you need to protect yourself against.  This is your protective work, not the hundreds of material concepts believed necessary for personal survival.

The third dimensional belief system holds that there are millions of people, places, and things you need  protection from–diseases, bad people, dangerous places and anything deemed dangerous by those in authority.   If there is only ONE,  who or what can there be that you need protection from?  What could it be made of if there is only ONE substance?

This truth  will fly  in the face of the many  who still believe they need all sorts of material devices and actions  in order to maintain personal safety and security.  God realization is and always has been the only true safety and security one can  have on earth because a third dimensional state of consciousness can only and will only manifest as forms of duality and separation.

In spite of appearances, violence of any form is not real power.  Having  no law to support, maintain, or sustain it other than the energy of belief,  it will dissolve into the nothingness that it really is when enough people wake up to this truth.  Anything real is held forever in place by Divine Law and if violence was a reality, no one ever would be able to remove or change  it.

You are God and it is time to start seeing and knowing yourselves for who and what you really are.  Does God need weapons and fear order to survive?  Does God fear others who may not look, speak, act, or believe the same way?  Who are these “others” if there is only One?   Godisthe others.

Imagine God as being wood.   Houses are built,  furniture is made,  and  thousands of  products are created,  but each no matter how unique, always remains wood.  This is the truth about everything–there is nothing not in and of the one Divine Consciousness and it is only the false beliefs of duality and separation that make the world seem otherwise because–YOU ARE CREATORS

You may say;  “But we don’t live in a God governed world and the un-awakened will harm us”.  This is true at this time, and it is wisdom to lock your doors at night and avoid walking down dark streets in violent neighborhoods.  Intuition is very practical and meets the need of the moment.  What we are saying is that as you evolve ever more  deeply into the realization of your oneness with Source,  this attained state of consciousness  then automatically becomes your safety and security.   Separation and  violence do not exist in Divine Consciousness.

Never forget that your own attained state of consciousness  is the substance of your experiences.  A person living constantly in fear, always on the lookout for the “other” ready to harm them,  creates for themselves some form of whatever it is they fear which then in turn validates the fear, causing them to become more firmly entrenched in their illusion.  Every serious student of truth must ask themselves;  “What am I believing that is making me feel this way”?

Guns are simply modern day versions of the swords, spears, and axes of old,  expressing the same state of consciousness  (separation and duality)  carried forward into the present day.  Ask yourselves, do I really believe that I am a Divine being made in the image and likeness of God, or do I still believe that I am just a lowly human subject to and needing protection from everything I have been told is just waiting to harm me if I am not alert and prepared?

Try to imagine the master Jesus, or Gautama the Buddha  carrying  concealed weapons as they went about their work in the belief that these things were their safety and security.  Many will say; “Yes, but the masters were different.”   How could that be possible if there is only ONE?  Every person no matter how asleep in illusion,  has everything that any master has ever had,  the difference being that those called masters were awake.

In these present times  there is more than enough happening to tempt even the most evolved into feeling insecure and frightened but now is your time for learning, practicing, and living what you have come to know is the truth about who and what you are as well as who and what every other person is regardless of appearances.

There is a much bigger picture going on than what you can see with  human eyes.  Many who have been involved in violent experiences or even death chose these experiences for the purpose of balancing some old karmic energy.  For others these experiences are necessary tools for learning because of their having taken similar actions in a past life.

Some slave owners of the past have come back in black bodies in order to learn and experience the other side of things but this is NOT to say that prejudice and racial violence are ever justified. We seek only to add awareness to what is happening in the world at this time in order to help you understand that behind everything  lies the unstoppable evolutionary journey of mankind and Gaia.

It often happens and especially in these times, that an evolved soul will choose  to come in and experience some violent or traumatic event not out of personal need, but solely for the purpose  awakening others.  Their loving choice serves to shine Light on some particular concept or belief  still holding mankind in bondage.

Much is happening energy wise but there remain many still unable to comprehend what is taking place and so revert even more deeply into the third dimensional tools of safety and security.    Be not afraid and never doubt that you are whole and complete, always have been, and always will be. The realization of this truth will allow you to live without fear  knowing that even so called human death is but a move from one location to another, one that you have already done many times.

Do what you are guided to do, always trusting your intuition.   Some of you are not yet spiritually or materially  ready to give up the human concepts of protection and there is no failure in this because to pretend a state of consciousness not  yet attained, is very human.

However, there comes a point in everyone’s evolutionary journey where they must let go of the third dimensional tools,  be they physical, emotional, mental, or spiritual in the realization that everything necessary to one’s  happiness, safety, and security is already present within just awaiting recognition.

Most of you reading these messages are ready to embrace and live out from that higher sense of safety, security, and protection.

Simply hold these truths silently, sacredly, and secretly in your heart.  Ponder them often, allowing them time to gestate and grow stronger until at some point your Higher Self determines you are ready for them to become part of your attained level of consciousness.