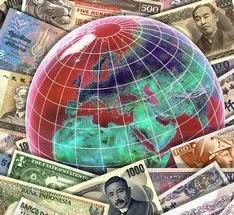 Disclosure – Banking and Currency (not channeled)

All sovereign nations of the world have recently signed into 30 mutually binding treaties at the G20 Summit in China.  Summarized, the treaties pledge that human beings will no longer “do harm to the earth or its inhabitants.”

These treaties, called GESARA, were fascinated by higher intelligence beings who seek to re-enter our society after a nearly 13 millennia hiatus.

Any nation, individual, or species violating these treaties (GESARA) will be removed from society and/or the planet’s surface by heavenly mandate, by Galactic Federation Peace Keeping Forces–that oversee earth’s galaxy.

Every sovereign nation in the world knows about GESARA, as well as the higher intelligent species on the surface of the earth, and have agreed to roll out some form of non-human terrestrial life (aka “disclosure’) in an organized, synced and highly disciplined manner for the safety of all.

Hillary Clinton will suddenly fall ill and pass away, at the same time, the invisible RV will be released. This is a planned event that has long been scripted, although it will be made to appear random for the safety and security of the masses.

Donald Trump has chosen to spend his own money, as well as his own time to campaign, because he clearly does not desire the job of top of government diplomat, nor does he care to understand the real issues facing our country at a detailed level.

The Donald knows full well he will never be President, as such he’s playing a role of informing the public, subtly and not so subtly sometimes, of the cabal’s deceit in service of the Republic.

Trump also knows with just one ZIM note redeemed, he will instantly recuperate everything he’s put out plus a handsome return rate–and this was a deal he made years earlier with the Chinese/Russian governments–and this is the main reason why he entered the race for President–money and fame.

All major news media outlets are covering up all truthful information Hillary’s Clinton’s emails / Clinton Foundation Donors / her ever declining health because they are as guilty of treason against humanity as are she and her husband.

The truth about 9/11 implicates everyone involved with G7 governments before, during and after the attacks as complicit to treason against the Republic of United States.

The US Military has fiscally been defeated by the creditors of US debt, and thus are only allowed to defend its own boarders and population within those boarders. They are being driven out of every other nation in the world where they have bases and interests.

Our entire political system has been so completely and absolutely corrupted, the only solution left is to let die this upcoming election cycle, and 100% replace it with a new US Republic Government System that the rest of the world agreed to via those 30 different G20 treaties.

Your new President, Vice President and Speaker of the House have already been chosen for you, and you will be selecting them from a pool of candidates pre-approved by the UN Security Council.

None will be named Clinton, Trump, Kaine or Pence–as they are all playing a role to assist in the transition of structural government back to the Republic.

All justices of the Supreme Court bench have been 100% replaced as well, without your knowing so mass panic would not commence. You will be informed of this shortly.

The global financial system has undergone a similar yet complete structural overhaul without your awareness, and all markets globally are now under the full control of a global monetary authority that forbids high frequency trading, price rigging and/or abuse of markets, equities and commodities trading, with a 100% capital termination penalty if violated.

A vast majority of the cabal families previously running the planet for several centuries, and the higher minds that assisted these dark noble families in the enslavement of mankind vibrationally for over a dozen millennia, has been permanently removed from the surface of the earth.

Meaning, you can stop obsessing over their dominance as its like boxing with a shadow–it’s not really there.

The House of Rothschild has been permanently defeated, and their banking and para-military dominance totally eliminated, never to return.

Zimbabwe’s currency has been chosen as the new reserve currency of the African Continent and it’s worth is invaluable by human standards because it’s monetary value is based on the raw earth elements within the entire continent of Africa–which is incalculable.

Soon all of you will be stepping into a banking off-site redemption location and determining your own life’s worth, without limitation, for the first and only time in the history of mankind due to the ZIM alone.

Cannabis oil is a physically healthy and life preserving medicinal herb given to us by God.

This means smoking pot is both healing event, and why the cabal made it illegal, as it also opens up the third eye of consciousness, which makes it much easier to see their lies.

The Lemurian continent existed, as did Atlantean continent, before the great flood in old testament times–and both will rise out of the water when the pole shifts begin to reconstitute the earth’s new vibrational harmony–and both histories will be revealed to humanity in a peaceful, loving manner.

Mu (Lemuria) is Eden and the birth place of humanity. And the Pacific Ocean is where the Divine Feminine Spirit has always been headquartered. The equivalent Divine Male Spirit is located in the Atlantic.

The earth’s magnetic poles have been shifting from a male dominated energy to more feminine/male balance.

This is pure human harmony or 528 Hz “the love frequency.” Native Hawaiians refer to its earthly song as ALOHA.

There is no struggle but the struggle you manufacture so that you may appear active in pursuit of a man-made goal.

If you are at peace, and in the moment, you will manifest God’s Will for your life versus forcing your will into existence–which cannot sustain itself because it did not come from the Creator.