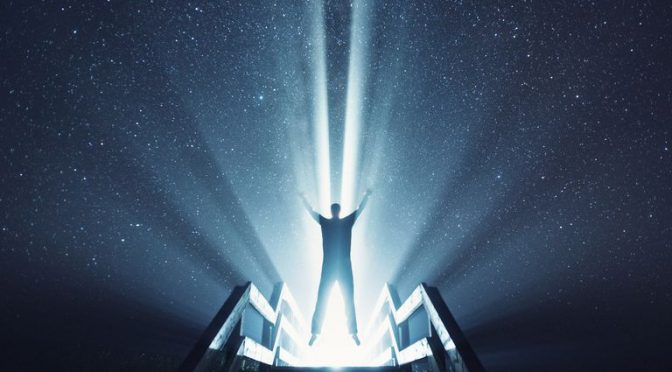 Many things are happening on many different levels and some are so secret that the facts may never be revealed. These situations come about through the competitive nature of the different countries who try to lead the way, particularly in respect of technological advancements. So the race to get their hands on advanced technologies that are buried in the Antartica sites that are under the ice is causing a great deal of secrecy as to their findings. However, the whole matter is so big it is beyond any one country to keep it secret for very long. You learnt in the early days of discoveries that bodies of very tall humanlike beings were found frozen just as they were when they were overtaken by a “quick freeze”. They were exceptionally tall, more so than the tallest humans are now and are a race apart from any that now exist. For you the finds are not disclosed and details are deliberately kept secret. However, in time the facts will be revealed, as the whole subject is far too big to keep absolutely secret for any length of time.

Rumours abound in respect of the end times that are coming along with Ascension, and some are expecting “doomsday” signalling the end of everything. Changes are coming but they will follow a logical sequence of events that will ensure progress for all of you. There are of necessity some major changes coming that allow those who have lifted up their vibrations to ascend. They are ready and would no longer benefit from remaining in the lower vibrations of the present Earth. Ascension is an automatic process that is open to those who are ready. Those souls who are not ready will also experience changes, and continue their evolution at an appropriate level suited to their needs. They will experience another cycle and in time they will again be given the opportunity to ascend. It is a fair and just system that ensures you find the right level of experience that will further your evolution.

You are all Angelic beings that have allowed your vibrations to drop so that you could experience duality. It is by no means the first time you have done so, as periodically you are sent out from the Godhead to experience form in many different ways, and take your knowledge back to the Godhead. The cycles continue and the Godhead continues to expand yet is already “All that Is” and at your level that is a difficult to understand. You are immortal and a seed of God that basks in the energy that is the Supreme Love of God. Therefore you are capable of so much more than you can imagine, and at present a pale reflection of your true potential. As you now grow and move forward your capabilities will gradually surface and used in many ways on a very grand scale. Try not to deny yourselves the greatness that you really have and in time perhaps way into the future, you will become the Masters that you truly are.

In general terms things are progressing as expected, and on track to bring about changes so that the whole matter of re-valuation can take place. It is the ages old problem of being able to ensure the right time is selected, as it is a major change from which many more will proceed. Importantly, it will bring stability and ensure that there is an equal opportunity for all countries to benefit. So patience continues to be needed and worth the waiting, as it will be a major turning point for the whole population. Naturally there will be quite a lot of work to be carried out, but once you are on the right path there will be no stopping progress that should go speeding ahead. Your future is in safe hands and be assured that events are being monitored by the higher Forces of Light to ensure a successful conclusion.

Without a doubt you live in chaotic times, but people are awakening to the truth and demand changes and opportunities in their lives to live them to the full. Very few are aware that behind the scenes much is happening to bring beneficial changes into being, that will be the commencement of a new era. The old will be replaced and it will leave you in no doubt that major changes are beginning that will bring you opportunities that have so far been denied you. The changes are so close to manifesting and be assured that in the meantime many sources of Light have been working for your release from the dark influences. The unstoppable increase in the vibrations is already being felt and it will bring a more peaceful society into manifestation.

Be patient and firm in your resolution to walk in the Light unperturbed by the chaos around you. Your future depends very much on your ability to maintain a calm and peaceful countenance at all times. You will lift yourself beyond any attempts of the dark Ones to hold you back. At present they are losing their power very rapidly and with the loss of funding to back their projects are in dire straits. This has largely happened as a direct result of the actions of the Forces of Light who are now in greater command. Go about your work with full confidence knowing that you are stronger than ever and well protected.

With the benefit of new understanding of your history, you are able to re-examine parts that have proved unreliable in the past, and can be reviewed in the face of new interpretations. For example for a long time evidence of giants having existed on Earth has been largely ignored or disputed. However, the finding of so many giant skeletons over the last hundred years has now been revealed, and their existence can no longer be denied. They have a place in your past that shows man had gone through many phases of physical growth. By your reckoning you are looking at periods of time at least some 10,000 years ago, and certainly a lot longer. It seems that there has been a reluctance to admit to the existence of giants, but the evidence for them is now undeniable. The truth of your past allows for a greater understanding of your history that in turn is important for understanding your future.

You have already been told that a time would come when only the truth would exist. It has not yet arrived but there are amongst you the first signs of it with souls who desire to be truthful. They find it hard to be anything but truthful at all times, as anything less goes against their natural nature. It will gradually come to all souls as the vibrations increase, but not fully until some considerable time has elapsed. However, it would help your development if you tried, from which you would learn that it is not as hard as it may first seem. As a child you may have been scolded about something and felt that by concealing the truth you could have experienced a better outcome. Changes in humans are slowly taking place that will lead to a more compassionate and loving outlook.