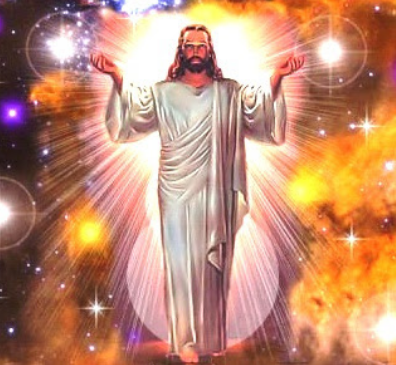 You are All ONE, and Divisions between You are Unreal.

Humanity is on the cusp of the awakening process as the numbers of ones becoming aware that there is far more to life than its material aspects continue to increase rapidly.

The present confusion and uncertainty, along with the major restrictions on your freedom to move and to socialize, is motivating people and inducing them to question the validity of many of the restrictive and invasive regulations that are continuing to be imposed upon you by various governments across the world,and which the major news organizations are reporting on as being not only necessary, but absolutely essential measures to ensure that humanity’s health is fully protected.

As I have told you before, much is arising into people’s awareness, from the hidden depths of their minds, that is extremely disturbing and unsettling.  It is “stuff” of a traumatic nature that was very emotionally damaging when it occurred, and so it has been buried below the level of conscious awareness until now, and has festered there causing myriad relationship issues for practically everyone and every nation.

It is now arising to be acknowledged, forgiven, and released.  The pain and suffering that this acknowledgment entails has led to much of the present conflict, chaos, and confusion, and to the fear-driven authoritarian restrictions imposed on your freedoms, and on your individual sovereign and God-given rights as divine beings, because it appears to divide you against one another.  But you are all ONE, and divisions between you are unreal.

Once you can truly and completely forgive all others and, of course, yourselves for what arises, and understand that you do have One indivisible nature with one another and with Source/Life, Love will inspire you to open your hearts fully to that Oneness, that Love, and then your need to judge or condemn others will fall away, as you realize that what you do to others you are in fact doing to yourselves.

Thus Love will dissolve all the ancient hatreds, resentments, and bitterness you have been feeling toward others, and to which so many of you have been clinging.

As I, and many others, never cease telling you: Love is the only Reality.

Now, as your collective awakening process accelerates and intensifies, many are beginning to realize that this is indeed the only Truth.

However, as humans experiencing life in form, and exposed to all the diverse and divisive cultural, racial, religious, political, and economic enculturation and socialization that your upbringing from infancy to adulthood imposes upon you, those experiences have caused you all much trauma of an emotional and psychological nature.

For you to grow up and live successfully within society you needed to “forget” that trauma by burying it deeply in the subconscious or unconscious parts of your minds, then what did remain conscious was intense fear and resentment of the seemingly very dangerous and unfair environment in which you found yourselves.

Whether you were born into extreme poverty, unimaginable wealth, or some in-between state, you all were traumatized to a greater or lesser extent during your journey from infancy to adulthood, no one escapes trauma.

As children, that trauma is too intense and painful to bear, it has to be hidden, buried, or in some manner disguised or concealed so that it remains unfelt and unrecognized.

In adulthood, unless it is seen, recognized, and healed, it becomes the root of all of a person’s life issues – psychological stress, illnesses, relationships, inadequate sense of self, etc. – which is why there are always so many interpersonal conflicts, and ongoing wars between nations.

All presently incarnate chose to be on Earth at this time to assist in the collective awakening by being and expressing the Love that each one is.

However, once incarnate, the memory of these pre-incarnational plans and intentions is lost.  But a major part of the collective plan for all those who choose to incarnate as humans is for them to evolve spiritually – that is to awaken to their true nature – and in doing so to then put into action the plan that they had previously formulated for their intended life path.

Increasing numbers of you are doing this daily, and this awakening to your spiritual nature can be slow and gentle, or extremely intense and rapid.

Therefore, it is totally inappropriate to judge another, because there is no way that you can know what kind of path they had planned for themselves, or how far along it they have so far progressed.  Rest assured that everyone – absolutely every human presently incarnate – is precisely where they are supposed to be, and that they – whatever others may think – are most definitely doing their best.

That is very hard for you to accept because judgment of others is encouraged in nearly every race, culture, and religion, not to mention in all political, economic, and personal relationships.

When you live from your hearts, setting the intent at least once daily to be only loving whatever arises, you are, most profoundly and effectively, being the change you want to see in the world and putting that change into effect.

Deep within yourselves you do know this, so acknowledge it and accept the validity of it.  When you do so the power of your individual energy field intensifies, becoming even more effective.

What you have forgotten is: You are all very powerful and effective divine beings!  Consequently your collective success in awakening is assured and absolutely inevitable, because it is the Will of God.

You have all, through many lifetimes, made myriad “mistakes,” – that is, you have done things that were unloving, sometimes extremely unloving – and within each of you is a deep residual memory that this is so.

You have no need, no need at all to remember what those mistakes were.  Just understand that the stuff arising within you to be acknowledged, thanked, and released is part of the collective’s unloving acts and behaviors, that occurred over a very long period of time, and that you, along with everyone else presently incarnate, are here to assist in this enormous task of releasing ALL that is or was in any way unloving.

Trust God, and trust yourselves, because you are achieving what you planned, and, despite your doubts and concerns about the motives of other people, other groups, other nations, what you planned is occurring . . . NOW!

You incarnated most courageously at this point in humanity’s spiritual evolution because it was absolutely the right time for you to do so.

Know that any pain, suffering, or distress that you are undergoing personally will cease.

You are all the beloved children of Mother/Father/God, Source, the infinite field of Love that is ALL that exists, and while, at present, that can be very difficult for you to accept and believe, deep within yourselves there resides the knowing that this is so.

Therefore, let go of all your doubts and mistrust, and again reset the enormously powerful intent be loving in every moment, and to engage lovingly with all – whether in your minds, in your hearts, in person, via social media, or as you read the world news – because that is why you chose to be here in this time of chaos and confusion, knowing that your presence was an essential aspect of the collective awakening process.

You can have no idea how enormously successful you are all being in this now moment, as you extend Love into the dream/nightmare of unreality, and most powerfully contribute, as only you can, to this great awakening.

Here in the unseen or spiritual realms we are cheering you on mightily, as we honor and respect the immense task that you have undertaken and are now bringing to an utterly successful completion.