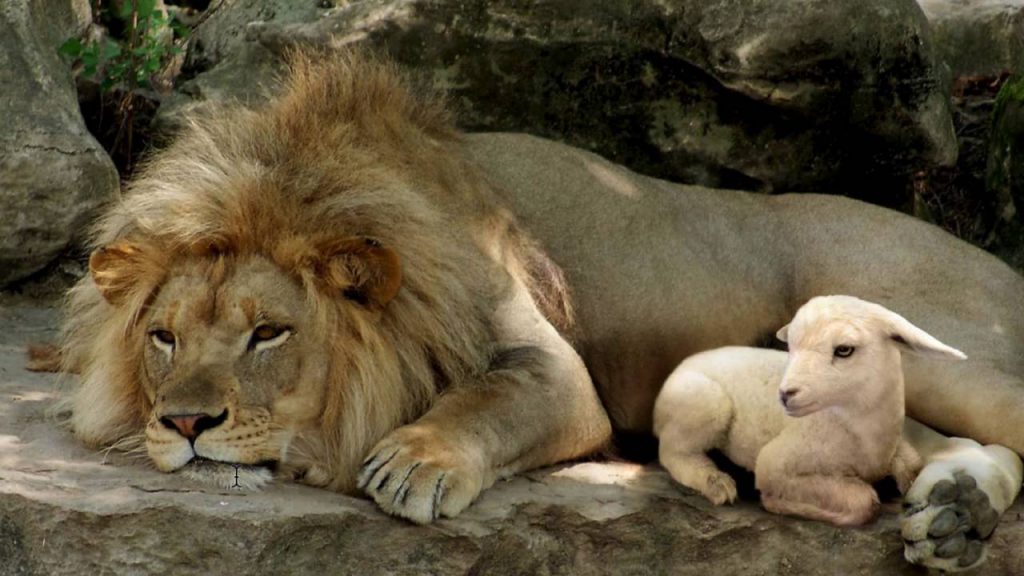 With loving greetings from all souls at this station, this is Matthew. Let us begin with a reader’s comments about a topic that several others have questioned: “North Korea’s former peace gestures never came to anything. Analysts I’ve heard don’t expect that pattern to change. I’d like to know Matthew’s perspective.”

Analysts derive a situation’s likely outcome by looking back at history, and for millennia that worked. It no longer does. All third density patterns that once well served the peoples as learning and growth experiences have become obsolete, and that includes assessing a developing situation based on the past. Change throughout your world is soaring on wings of accelerating vibrations, and this is without precedence in your recorded history.

Talks about the reunification of North and South Korea will move forward, albeit in fits and starts if egos arise, and families separated decades ago will be reunited. Peace processes in all areas of conflict will be getting underway incrementally—countries where many still are working on karmic lessons will be the laggards in ending the battling—and history will be relegated to the past where it belongs.

“Please ask Matthew what the United States’ withdrawal from the multinational agreement with Iran portends for world safety.”We feel that the threatening rhetoric from Iran will give way to reasoning minds in that country because the other nations in the agreement are honoring it and global respect for the United States has greatly diminished. But if Iranian “hard-liners” do choose to speed development of nuclear weaponry, it will be to no avail. As vibrations on the planet keep rising, all nuclear weaponry will be destroyed and nuclear power abandoned—both emit the low vibrations that cannot exist in the astral planes where Earth is heading.

“My question is in regard to the asteroid, Apophis, that is said to pass by Earth in 2029 and 2036. The asteroid trajectory has been tracked to hit the Earth. I have heard of multiple timelines/possibilities as well. Please ask Matthew to address this issue.”We have addressed the same catastrophic prediction about other asteroids, comets, Nibiru and “Planet X.” Our answer is the same and so it shall remain if other fear-based predictions pop up: NO astral body will collide with Earth. The planet’s destiny is the return to its original paradise self.

“Is it a normal thing that animals kill each other to nourish themselves? Has this started with the influence of humans?”When the animal species you know were brought to the planet by the ancestral civilizations of the human population, all were herbivorous and friendly one with another—the lion and the lamb that represent the strong and the meek did lie side by side. All animals and the peoples mingled peaceably and communicated telepathically.

Then, low vibrations sent forth by the dark forces enabled fear energy to enter, instilled in the human psyche disregard for animal life, and initiated the predator-prey instinct; telepathic communication became lost to human consciousness. As Earth and her residents continue evolving, animal diets will become plant-based, humankind will honor and respectfully treat animal souls, and once again all life forms will talk with each other telepathically and live together in harmony.

“Am I putting the pieces together correctly—are we living all our lifetimes at the same time?”Yes, in the continuum they all are happening at the same time, but only in the highest vibratory planes does each personage have conscious awareness of all the others, and not simultaneously. Experiencing every one of the personage lifetimes in the same moment would be akin to watching 1000 movies on that many screens—it would be overwhelming. However, all lifetimes are known at soul level—that is what enables information to be revealed in past-life regression sessions and psychic readings, if such are accurate. And, the more you evolve, the more often you consciously connect with other personages in experiences you now think of as déjà vu.

“I recently read that the rate of autism in the 1980’s was 1 in 10,000, now it is 1 in 68. The rate of Alzheimers and mental decline seems to have soared off the charts as well. Can Matthew please address these issues?”Almost all diagnoses of autism are wrong. The symptoms these young children present are similar to that very rare condition, which is chosen in the soul contract and is part of the family’s pre-birth agreement, but they are caused by toxins in vaccines that severely damage brain cells.

We honor the physicians who have publicized the dangers of vaccines in reports on the Internet and in clinical papers that are far more widely read and given more credibility than our numerous messages that include the same alerts. It is heartening indeed to see that more and more parents are heeding those physicians’ advice to forego the inoculations routinely given to infants and toddlers.

One more word about vaccines. The first were developed with good intention, but the dark ones saw that what were meant to prevent disease could be adulterated to spread it instead, and that is what they did. And, as years went by, numerous kinds of vaccines were concocted expressly to cause whatever conditions were claimed they would prevent.

Although genetic predisposition to Alzheimers and other forms of dementia cannot be discounted, the decline in mental faculties is greatly exacerbated by chemicals in food, fertilizers, pesticides, pharmaceuticals, chemtrails and other pollution in your air, water and soil; and individuals whose immune system has been weakened are considerably more susceptible than those with more robust immunity. Chemicals also compound the condition of children diagnosed, correctly or incorrectly, as autistic.

Knowledgeable healthcare specialists can suggest nutritious diets, proper supplements and mental exercises that can ameliorate the toxins’ effects and perhaps even reverse some of the brain damage they caused. Rising vibrations will reduce the symptoms of all mental and physical conditions, and eventually the civilization will reach the state of consciousness in which no form of dis-ease exists.

“Does Matthew know why special counsel’s investigation has gone on for such a long time? Will it result in Trump’s impeachment?”According to Nirvana’s monitors of Earth, findings keep leading to areas far broader in scope than investigators ever anticipated. If, at the conclusion of this investigation, all findings are publicly revealed, people who have no idea how extensive financial corruption is will be in for quite a surprise.

There is no evidence that President Trump personally conspired with anyone in Russia to win the election, thus impeachment for that reason would not be warranted. His financial dealings and those on his behalf are another matter. It remains to be seen if those will be disclosed or swept under the rug so as not to weaken the nation’s bargaining chips in vital situations such as peace talks with North Korea.

“There seems to be growing internet chatter that the corporate or maybe the century old cabal is being dismantled? That we are in the darkest hours of this holocaust we are in right now (fiery, angry, hurting, scared USA citizens). Can Matthew speak to that?? I choose to keep it simple: speak Light, Peace, Love, seeing it as vibrations around and in anywhere I am. I’m more likely to do it that way than to think I can influence globally.”Long before a secret group was labeled cabal or Illuminati, elitists, Shadow Government, New World Order or some other designation, the masses lived under the control of recognized groups—Khazarians, Vatican hierarchy, Viking warriors, dynasties in the Far East, European royalty—and “dark hours” abounded throughout those centuries.

Many of you lived during those times and experienced extreme hardships, but you don’t remember, so happenings today may seem like the darkest hours not only for people in the United States, but around the globe. However tumultuous the world may seem as the civilization is being released from long, long ages of virtual captivity, only the cabal is in its darkest hours: They are furious that their international network is being dismantled and they fear what will become of them when justice systems no longer are under their collective thumbs and they are held accountable for their crimes against humanity.

Words in all languages, like everything else in existence, are energy. Whether spoken, heard, thought, written or read, words emit vibrations, and the vibrations of light, peace and love are among the highest. Kindness, compassion, generosity, gratitude, forgiveness, godliness, honesty, hope and optimism also are in a high frequency range. The importance of choosing your words wisely cannot be overstated—they affect far, far more than the space immediately around you. Via the universal law of attraction, or “like attracts like,” words’ vibrations combine with “like” and go out into your world. Words in high vibratory ranges merge with the light, words in low are drawn to energy streamers with dark attachments, and words’ emissions intensify the source they join.

An important factor in this “war of words,” in a manner of speaking, is intent, which emits its own vibrations. If using words such as violence, deception, captivity, deprivation, catastrophe and others that denote harmful or ruinous situations have the intent to alert or enlighten, the high vibrations of the intent predominate. If those same words or any others are used to create fear, that intent sends forth vibrations in the lowest range.

A dear soul who recently read some of God’s conversations with my mother wrote:“Matthew, I hope you won’t think I am being impertinent by asking why you always speak formally to your mother and God speaks to her quite personally. It seems that it should be the other way around.”It is not at all impertinent to ask and I’ll be happy to reply, but I think you will find what God told my mother much more interesting.

God: Suzy, dear little soul, I simply talk to you the way you think and speak and to them the way they do. You don’t get that, do you, because you’re remembering what Matthew told you, that telepathic communication is an energy transfer of the source’s thoughts into your mind. And he’s right, of course, about himself and all the others who talk with you. But you and I are One and the Same, so naturally we both use your expressions, your kind of thinking and style of speaking, your frames of reference. Let me make a simple comparison here. Say you’re a scoop of chocolate ice cream, others are cherry or vanilla or caramel, some are orange, lime or lemon sherbet, and still others are a strawberry sundae or a banana split. I just follow suit with whatever flavor the scoop or serving is. [Excerpt from And Then God Said… Then I Said…Then He Said…]

Thank you, Mother. Religions have put layers of popes, priests, saints, angels and archangels between you and God, and some “New Age” groups do the same with dozens of souls they call Ascended Masters, so it is natural to think that if God might speak to you, it would be in a sonorous manner.

Now then, my formal tone in these messages is appropriate because I am speaking for many thousands of souls at this station. In my mother’s and my daily chats, we sound like any other loving mother and son. We joke and laugh, we talk about our family, her dogs and other matters of interest to both of us, we discuss our differing perspectives of world affairs, and often I remind her to breathe deeply or drink more water.

Beloved brothers and sisters, as an inseparable part of God, never are you alone, never are you unloved, never are you without divine assistance. And always, lighted souls throughout this universe are cheering you ever onward in your service to the light.