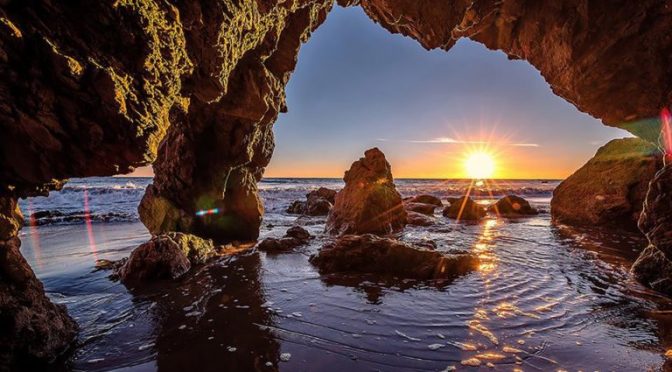 Truly life for all on Planet Earth is about to become far more harmonious.

As all are very well aware enormous changes are occurring all across the world in politics, in business, and in religious, social, and charitable organizations, as aspects of their affairs, about which they have for so long been very secretive, are now being widely disclosed by myriad whistle blowers for all to see. And while these disclosures are long overdue, many people have been amazed to hear how much has been going on that is almost beyond the bounds of belief. People in positions of trust and authority, placed in those positions because of their apparent honesty and integrity,and who have been seduced by the sense of power that their positions have bestowed upon them, and who have then totally misled those to whom they are supposed to be answerable, are finally being compelled to answer important questions about processes that they were charged with overseeing, and which have not been carried forward with the honesty and integrity for which they were instigated.

It is utterly apparent that it is now absolutely essential to replace these corrupt and self-serving organizations, along with those who have been using them and running them to deliver their own self-serving agendas, with ones that act with honesty and integrity for the benefit of all humanity. Vast multi-national organizations clearly do not operate in the best interests of humanity or of Planet Earth, and as they start to collapse or fall apart, due to their moral and actual financial bankruptcy, there are already in existence many smaller organizations being run competently and honestly that are well-placed to provide the necessary services, services on which these mega-conglomerates have for so long had a virtual monopoly, far more efficiently and economically.

Truly life for all on Planet Earth is about to become far more harmonious, as new ideas that address the needs of all are put into effect by new leaders all over the world, leaders who will be operating with far more honesty and integrity than has ever before been seen on your beautiful planet. Many of them are, as yet, unaware of the new roles that they will be taking on, but, as they are guided to step forward, they will be joined by other like minded individuals who have long been preparing themselves, often unknowingly, for these new and most important roles.

The ways in which humans relate to one another, either one to one or nation to nation, are about to enter into a period of massive transformation, because the realization has finally dawned that attempting to resolve the issues and problems facing humanity through bitter competition, and the resultant conflicts to which this path leads, not only do not work, but are, in fact, quite insane.

Be of good cheer, because you are all awakening to the realization that you are all one, regardless of race, ethnicity, nationality, skin color, and political or religious persuasion. And you are therefore also One with your living planet, whose vitality and good health directly affects you. Needless vituperative arguments about whether or not climate change is true or false need to cease. Your beautiful planet has always been in an ongoing state of evolution, and there have always been climactic changes in progress. However, humanity has only become aware of this in the last few decades, as many scientists, with the best will in the world, have offered scientific facts and scientific evidence, to prove that what has been observed and recorded over the last two hundred years or so indicates very clearly that human activities are almost solely responsible for the enormous climactic changesthat are apparently presently occurring.

Without a doubt much damage has been done to the planetary ecosystem by unwise and foolish industrial activities over the last two or three hundred years, activities that have vastly escalated in magnitude, since the end of the second World War, as the need for energy escalated exponentially. However, you now have the knowledge and the scientific competence to provide all the energy required for your modern ways of living without further despoliation of your living environment, Planet Earth.

The large industrial conglomerates, because of the insensitive and egotistical agendas of those who control and run them, and who have an insane sense that they need to be in control of the necessities that humans need for their daily lives,have, over the last hundred years or so, done their utmost to suppress new technologies that can, and will, provide Free Clean Energy in limitless abundance for all.

The technology IS available NOW to provide all the energy humanity could ever need, and those with the skills and competence to start repairing the frightful industrial damage that has been inflicted, often totally unthinkingly, on the planet are also available. The technology is also on hand to clean up and recycle all the waste that is polluting the earth, the air, and the water on which human and animal survival depend.

There is an increasing awareness that you cannot continue to live on earth as you have been doing for the past two or three hundred years, with a small minority living in extreme luxury (better here to say extreme insanity!), while the rest are effectively enslaved to provide for that minority. Planet Earth is a planet of abundance! There is absolutely no need whatsoever for billions to live in gut-wrenching poverty while the so-called elite enjoy standards of living that are, in comparison, totally unconscionable.

This is all in the process of changing right now, as we speak! Because, finally, there are enough adequately educated humans incarnate on Earth, who have evolved far enough spiritually, and who are sufficiently passionately motivated, to put into effect the changes necessary to ensure that all, without exception, will have the opportunity to live lives in which all that they need to live in comfortable abundance, without anyone else being deprived, will be readily available.

The times for untold enforced suffering and unconscionable poverty are coming to an end, being terminated, as an awakening human society comes to fully understand the message that the saints and mystics have been promulgating for thousands of years, namely that there is no separation! That all are one, and always have been, and that what any single human thinks, says, or does affects not only all of humanity, but all of God’s divine creation. There is growing recognition that Love is the unchangeable nature of every sentient being, and that happiness and joy arise when this is recognized, and when all live constantly holding that most powerful intent: “Whatever arises, I will respond lovingly, and only lovingly, because Love is my eternal nature.” Be who you are, and exult in the results.