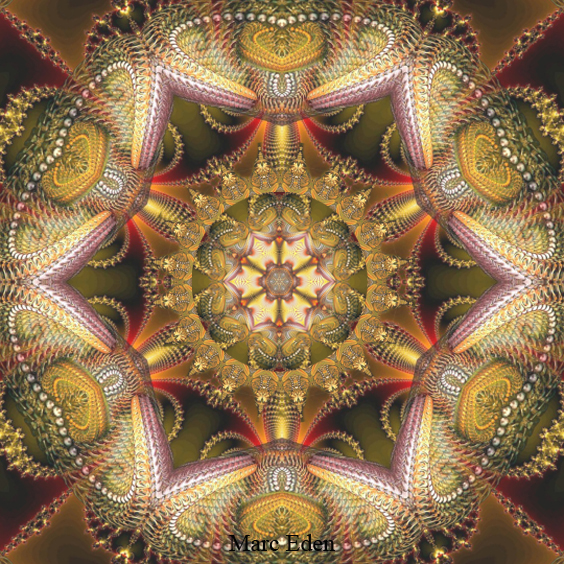 Dear Readers, understand that you are presently engaged in one facet of earth’s ascension process and that something much bigger than disease is taking place. As you witness chaos keep in mind that these times are bringing change to many universally accepted but false three dimensional concepts.

Solutions to world problems of all sorts have up to now always been based in solving the problem on the level of the problem which simply does not work. New, higher, and better ways of addressing all issues will emerge from this. Do not become impatient with the process for present times are just the beginning. You are the ones who must bring about change while being fully supported from the other side.

Ascension energy began long ago but has largely gone unnoticed by most. Evolution is the ongoing and unstoppable process of awakening into the reality of Divine Oneness. Many are now beginning to open to a new sense of oneness as all experience current events at the same time.

Today’s spiritually powerful times are guiding increasingly more individuals to question some generally accepted activities, beliefs, laws, and traditions. This in turn is opening them to examine what they hold as truth in their own consciousness be it be religious doctrine, political opinion, words from broadcast news, family/ racial tradition, or other commonly accepted group consciousness beliefs.

Many are experiencing internal struggle as they are forced to cease their normal pursuit for more, bigger, and better in the belief that these things represent success. We are not referring to small businesses who are indeed facing issues of survival during these times but rather are referring to those who have based their lives on the acquisition of increasingly more in the hope that it will bring them happiness.

As more individuals begin to examine the commonly accepted concept of more is better, they will open to understanding that the accumulation of material things or success in the outer scene can and will never make someone more acceptable and loveable than he/she already is, leading them to question; “What then really does make one acceptable/loveable?”

Nothing outside of self can or will ever bring about fulfillment for it does not exist in the outer scene. Adulation of the rich, beautiful, and famous through emulating their actions, dress, and appearance simply indicates the spiritual un-awareness of those who believe themselves separate from and “less than” those few who have fulfilled the some three dimensional concept of success.

This is not to say that the talented and gifted or those who have seriously spent their lives in service to others should not be recognized and appreciated, but rather than with blind adoration based in some concept of success or worthiness, let it be the recognition and acknowledgement of those Divine qualities manifesting in, as, and through the person.

Silent, serious, questioning begins to open submerged inner doors long held shut through fear and beliefs based in duality and separation. Increasingly more individuals are beginning to realize how much of what they have accepted as truth was simply handed to and accepted by them from some authority figure. Spiritual evolution is the gradual awakening of personal and collective consciousness into new and higher awareness. The opportunity is here now.

Those firmly established in and benefiting from the third dimensional belief system as it has been known feel no need to question themselves or anything in the world, preferring to maintain the status quo in order to continue benefiting from it. They work to keep everything the same and delay the awakening of collective consciousness to the new through various means meant to promote fear. However, they do not understand that the ascension train has left the station.

Most humans live three dimensional lives that serve them well for many lifetimes. However, there comes a point of readiness in every individual where they find that their lives so longer resonate in the same way and they begin to seek something different. The seeking always begins with what is already known and familiar on the third dimensional level but over time expands as the person begins to understand that what he is seeking simply does not seem to exist where he is looking.

The overuse of drugs, sex, and alcohol as well as suicide abounds hidden but rampant in the world of many who have actually achieved what they set out to achieve according to world standards. Having attained their goals but still feeling unfulfilled, these dear ones often turn to and become dependent upon their chosen “happiness decoy” in an attempt to cover up and quell this unfulfilled longing within, a longing that can never be satisfied through material means no matter how rich, famous, beautiful, or successful the individual.

This deep inner longing is every soul’s awaiting recognition and acknowledgement as individual Divinity and Oneness with God. All must eventually come to understand and accept that they are individualized Divine Consciousness and that they formed for themselves a physical body to use while on earth while working out the lessons and experiences of life lived in the denser energies. No one is or ever has been just a physical body subject to all the beliefs embodied in duality and separation.

You have all lived many lifetimes and are now completing what you put in motion over those lifetimes. It may be the balancing of energies you ignorantly participated in (karma) or it may be to experience something you have not yet experienced but was necessary for your growth and awareness.

You who understand and live from the deeper levels of spiritual truth have completed most of your three dimensional experiences. You have worked hard and balanced old energy and allowed cellular memory to clear. You are now prepared for the next phase of your evolution but in order to do that you must move beyond the familiar but outgrown metaphysical tools that served in the past to bring you to now. Most of these tools are based in seeking and searching for God but you have found Him/Her.

There will be changes to many comfortable aspects of life. Do not expect everything to return to exactly as it was. Long favorite books, films, and activities, medicines, careers, are starting to feel old and no longer interesting because the previous energy alignment has changed. Rather than struggling to keep them the same, step back and allow them to manifest once again in a higher and better form.

Free will allows every person to embrace or refuse the choices of these times. Some will choose to continue living as they have in the past, fully embracing illusions of sense based in duality and separation. Others will utilize these times to honestly re-examine personal and global beliefs. Many are choosing it as their exit point. They are tired, their work is complete and they want to go home. which is every individual’s free will choice.

We would advise that you use these times to your advantage which does not mean sitting and meditating all day, but does mean becoming aware of your reactions and responses to everything that is going on both within and without. It means being willing to sweep out the favorite corners of your belief system without feeling a need to defend, justify, or maintain them. It means having the courage to let some of your most satisfying false beliefs go, the ones that may have earned you acceptance and success.

Many know the truth but have not fully accepted it. There comes a point in every person’s spiritual journey where they must make a decision– Is truth simply a nice idea for like minds to ponder in conversation while speculating on its pros and cons or is truth to be accepted, integrated, and lived until it becomes an attained state of consciousness?

Truth must become an attained state of consciousness in order to be experienced because consciousness is the substance of form. An intellectual knowledge of truth is but the first step toward attaining the consciousness of it. There is a bible quote; “Know the truth and the truth will make you free.” Many organized religions, metaphysical groups, as well as those spiritually inclined have forgotten or simply ignore the “Know the truth” part of this statement, falsely relying only on “the truth will make you free” part.

You are Divine Beings, full expressions of God and embodying all the qualities and gifts thereof. Trust that your Higher Self is always guiding as you become ready for your next step toward full consciousness.

“I am ready to allow. To release the control I thought I had to maintain. To get out of my own way through letting go of concepts and beliefs that no longer serve my highest good. To accept that my Real Identity as an expression of Source already exists fully present as my safety and security, abundance, completeness and wholeness, creativity, guidance and direction, solutions, health, and everything embodied in Divine Consciousness.”

“I no longer need to seek for what I already AM but rather allow that which I AM to express ITSelf as me.”