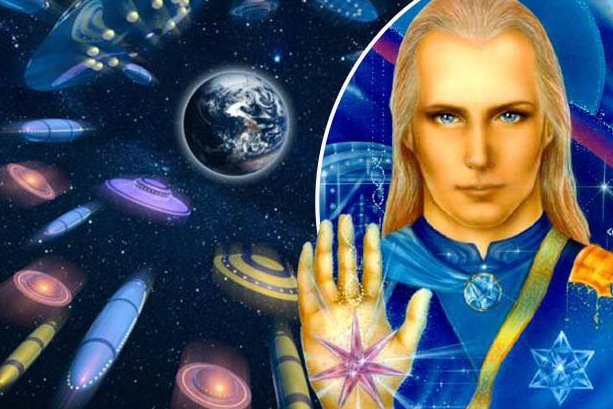 I am Ashtar Sheran with a message for those on Planet Earth.

As you are aware, there is a battle going on between the Light and the dark on the surface of your planet now. Your Alliance members are making inroads, using the Corona Virus as a cover for implementing their project Liberation Earth, St Germaine Funds.

The cabal, although being arrested, are fighting back. You must understand that you must take what they print in the news, put on social media, put on the television for all to see, with a grain of salt. When they say they are going to implement forced vaccinations, do you think that they will be able to do this? They can only do what they do with your permission. You hold the power over them, always.

Understand that humanity is in control. It always was. When you say “no” to forced vaccinations, you empower that response globally and the dark will not be able to carry out this evil agenda. Do not fear being vaccinated against any virus.

You must look at everything they have done to date. Look back through your history. They have deceived you into agreeing with all their plans by lying and by putting your back up against a wall. When you see through this deception, again, and say no to it, they will not be able to implement it. Understand they cannot do anything without your agreement. They have scared people into agreeing to many of their agendas before, but do you think that people will allow forcible vaccination, or jail time for refusing?

The people will be outraged. When your people react with refusal, they cannot continue because you are not consenting.

Understand you hold the power; not them.

When they fought with natives over the drinking water issue at the Dakotas, they discontinued their agenda eventually because attention had been dropped from the matter. They are only able to install their agenda when you are paying attention to it and agreeing, albeit reluctantly. That’s why you have your media, so they can continue to run their agendas by you for you to empower them. That’s why you have your news. Under the guise of informing you, they are in fact receiving your consent.
​

Why do you think they continue to show you, day after day, scenes from the war in the Middle East? Because they have not achieved their goal of total domination and overtake of the portals there. They require your consent to continue this battle. Do not give it to them. Stop watching the news.

As children, many of you were taught to fear the word “no”.  The ability to say “no” is the hallmark of someone who is not controlled by others and who has found their personal freedom. You were taught to fear the word no so that you could only be given two options, that being “yes” or “I can’t refuse”. This was by design. All of it is by design. The only way they can behave as an authority to you as outsiders in your world, is to take away your right to refuse them or to say no to them.

We of the Light are aware of the 5G issue. It would help if you would in fact, discontinue your use of it. There are so many posts and memes about destroying the towers. What if you simply stopped using it? Sharon has wifi but it is not 5D. It is cheaper and works as well as her previous 5G did. She is looking for an ethernet cable to connect to her computer to dispense with wifi altogether. It is where you put your consent that is the problem.

You must be willing to do without some of your conveniences. In the times of change in the coming years, your conveniences will become a feature of your past. Your internet will go down soon most likely temporarily, the cabal may institute gas shortages to punish you by not being able to drive your cars, they will take your jobs away to punish you with poverty. Understand that you are in the middle of a battle where the losers still hold some aces.

People are attempting to wake up others to the 5G issue. Yes, 5G works with chemtrailing and GMO’d foods to create vulnerability to many viral attacks they have planned for you. Eliminate one of the factors and you have less vulnerability. Eliminate them all and your immune system will gain strength again.

You are playing into their hands by doing as they ask. How many of the truthers subscribe to 5G wifi now? This is not acceptable. You must switch if you wish to be true to your word. It is easy to insist that everyone else change but yourself, but if you do this, you get nowhere because change starts with you. Walk your talk please. The world needs you to right now. Circulating messages that you yourself do not subscribe to amounts to lying.
​
I am Ashtar and I remain at your service,
Adonai
Ashtar