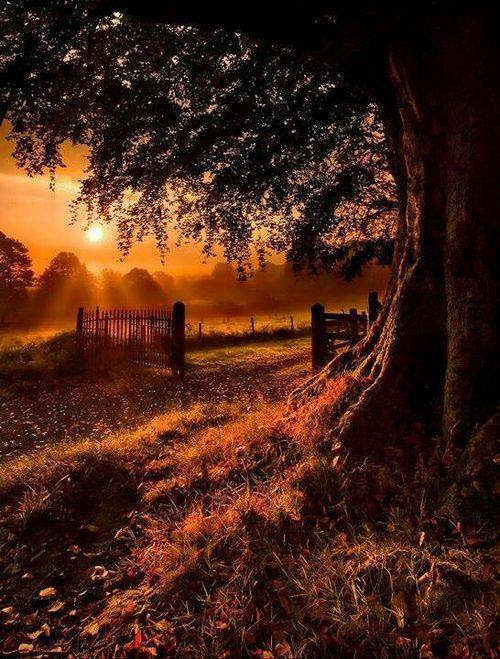 We see your suffering dear ones, and we witness the struggle of so many to remain objective in the midst of a world that seems to have gone mad with people acting out in ways never seen or experienced before. Trust dear ones, trust that there is indeed a Divine Plan unfolding that cannot be stopped by those who do not want the world to awaken.

All is proceeding according to plan but to three dimensional thinking there is no plan. Most are as of yet unable to see or understand that there is a Divine plan underlying outer appearances. Human minds steeped in beliefs of duality and separation are unable to grasp anything outside of the limiting belief system they live in and so act in the only ways they know.

You do know what is going on and this why your job is to hold the Light as an observer, doing what needs to be done but in ways that reflect spiritual awareness. It is time to actually embrace being “In the world, but not of it” and because the third dimension functions in time and space, the Divine plan must unfold as a process.

Do not accept everything you read and hear though news media sources for they are often misinformed themselves, passing on information that has been skewed with falsehoods. Always let your intuition guide you in these matters, even with regard to “spiritual messages” for some of these are not on the highest level as well because a channel flows through the consciousness of the channeler.

Anything that promotes fear and negativity is not reflective of the Light. However, be alert to whether you are reacting to something from your present human mind level, or are being intuitively guided. It is easy to be fooled when something you simply do not wish to hear about or deal with in yourself is presented in a channel.

Stay informed, while not aligning with the energy of that which you are being informed about unless you are guided to become involved. Some are guided to be a part of the chaos, but they are those who have attained a consciousness that allows them to work from a detached level and bring Light into situations. Never doubt that there are many Light workers in the trenches at this time but this work is not for most. Trust your intuition on this.

Our message today is about Trust. Not ordinary trust based in ideas, concepts, and beliefs reflective of the third dimensional belief system but a higher trust, one that springs from the realization that omnipresent, omnipotent, and omniscient Divinity is the reality of who you are. This trust understands that the qualities of Source are already fully present within, available to express and be experienced as truth becomes an attained state of consciousness.

As the reality of Oneness is understood, accepted, and becomes the consciousness of increasingly more individuals, many three dimensional creations will dissolve simply because the energy that formed them in the first place is no longer present to sustain and maintain them. This is beginning to happen now. Many obsolete belief structures are beginning to crumble and much more is to come which is very frightening for those who have placed hope and trust, safety and security in concepts.

Allow everything that feels finished in your life to drop away regardless of how well it once worked for you in spite of the opposition you may get from those around you. Try not to mourn the loss of certain comfortable ways of living if they have begun to feel “old”, but rather rejoice in the knowledge that a spiritual idea underlies every outer manifestation because you cannot make something out of nothing.

When the energy that formed and has sustained many facets of three dimensional living like health, education, government,religion, relationships, etc. begins to dissolve, always know that only the lower resonating form/concept of the Divine idea dissolves, never the reality. Divine Ideas, permanently held in place by Divine Law will always re-manifest in a new and higher resonating form if allowed.

Evolution is and always has been an ongoing process but these times represent a particularly giant step of evolution. Everything, on all levels automatically changes as the substance of it (consciousness) changes. Recycling is simply a higher form of waste disposal, cars have replaced horses, the printing press replaced hand written books, respect for nature is growing, and people are becoming increasingly aware of how unloving and unfair much that was previously considered acceptable, is.

God being the only cause, can therefore be the only effect. Ask yourself; “Do I really believe in One omnipresent God, or do I continue to have many gods in my consciousness?” The third dimensional belief system has promoted gods of money, power, religious beliefs, fashion, physical appearance, employment, relationships, family, traditions, and much more. Anything a person deems to be necessary for happiness and success represents belief in a false god. Utilize these present “down times” to seriously reflect on this.

A person cannot continue to worship one or more three dimensional gods while at the same time believing that they accept the truth of ONE God. Ancient belief systems of many Gods were about invisible beings and creatures that had power over everyone and needed to be appeased, often in some violent way. Now replace images of these ancient gods with whatever you have allowed to become a personal god.

Take time to go within and honestly ask; “What am I worshipping in the outer scene? What have I made into a god? What do I continually dedicate my thought and action to attaining in the belief that I must have it in order to be happy?” Examine your beliefs honestly, sincerely, and without judgement dear ones, for this is the purpose of the present down times. Go within and discover what you may still hold as being true, real, necessary, unchangeable, and important etc . and then decide if you wish to continue making it a part of your consciousness.

Never allow self judgement to interfere with your journey of self examination for it is a sacred process, a necessary part of evolution. You were taught throughout lifetimes to put your dependence and value in outer things and you sincerely believed in the correctness of these teachings. However, those of you who read and understand these messages, have attained a level of awareness that now makes these three dimensional teachings obsolete.

Many three dimensional ideas have served well and continue to serve some, but because you have shifted into a deeper awareness these same things will no longer function for you as they once did. For awhile the mind will continue to express what it is familiar with–judgement and criticism, fear and negativity, longing and desires. Simply allow the old programming to flow through , aware of what is happening, and giving it no power. There is a bible statement that says; “Let the heathen rage”.

If I am truly one with Source, Divine consciousness in expression, then I am self-sustained , complete, and whole. So why do I continue to seek that which I already am outside of myself? You have been on this journey of enlightenment for a very very long time dear ones, and have reached a fork in the road. “Do I stay on a path that has worked pretty well for many lifetimes and brought me some success and happiness, or do I take a chance on this unfamiliar path that seems to be drawing me toward it?”

It is a frightening time for the world, a time in which much that has worked in the past, is no longer working and everything seems to be getting worse. The dense energy creations now surfacing and shocking many have always been present, well sustained and maintained but out of majority awareness and those that did became aware were often silenced.

You have not failed, for you cannot fail. Let go of all remaining concepts about spirituality and what you must do or not do in order to be “spiritual”. These teachings were valid steps along your evolutionary but are now simply part of that which you are ready to let go of. You have moved on and no longer need former tools once so important to your awakening process.

Use these present times to discover and release concepts you may still hold about what constitutes failure or success on the physical, emotional, mental, or spiritual level. Acknowledge your talents, your reality, your gifts, the truth of your being, and accept what you discover, dear ones. Denying one’s talents and Divine Light never represents humility as many have been taught, but rather is its opposite, a rejection of one’s true nature as ONE.

Let go, let go, let go and allow the Divine Consciousness that you are to live and express ITself through and as you. These times are the reason you came and why you have devoted so much of your life to spiritual study, growth, and awareness. The world needs your Light NOW and you are fully capable of doing this work.