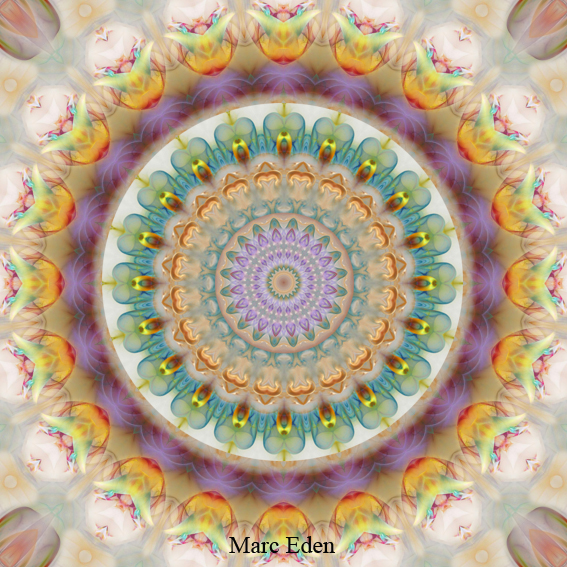 Welcome to our message, dear readers.

You are doing a fine job of holding the Light in spite of how things look when judged by concepts of how they “should” be. Outwardly it may seem as if nothing of a higher level is taking place, but the outer scene is a three dimensional expression of the awakening that is taking place in the hearts and minds of increasingly more individuals.

High resonating frequencies of Light are bursting ancient dams of ignorance in both personal and global consciousness allowing long repressed emotions to finally flow out and take form in individual ways.

Emotions (energy in motion) that are now expressing outwardly have been alive and well throughout lifetimes but kept hidden often even from the one holding them, through fear. Those receptive are beginning to feel a sense of empowerment not experienced before. This in turn is causing increasingly more individuals to realize that much of what they have been led to believe is false and based in concepts of separation. Hearts and minds are opening to realize that every person is entitled to freedom, equality, and respect regardless of skin color, gender, or station in life.

You who are already spiritually awake are doing the same work as those on the streets but are doing it through your spiritual realization of truth and by being examples of loving action and words. Both ways reflect the surfacing of old energy ready and needing to be recognized and cleared which will serve to bring a new level of awareness to the collective.

There will be less fear and more unity as efforts to bring about change continue to unfold. Those filled with hate and violence and who cause wanton destruction are not promoting a higher cause but are simply using the movement as an excuse to act out their own negative personal agenda. Their actions do not help to lift world consciousness, but also cannot stop the expansion of it for the Light is power and reality whereas concepts have nothing to sustain or maintain them other than the belief in them.

Varying pockets of dense energy formed over time will surface as mankind is ready. At this time it is the energy of slavery and entitlement based in beliefs of separation that is surfacing. Other long held belief systems waiting to be cleared are abundance/finance, gender inequality, health /drugs, food, separation, and organized religion. As these things begin to be seen from a higher level, many will choose to no longer align with them in their present state, bringing about change.

Judging by appearances, it may seem as if the world is devolving rather than evolving, but that would not be possible dear ones. What you are witnessing is the collective consciousness opening to new levels of awareness by virtue of the people themselves who are making it happen whether consciously aware of it or not.

This is why you are where you are right now at this time. You are the ETs you have hoped would land and save you and you are the Ascended Masters you have cried out to for guidance but in the density of third dimensional energy you have forgotten who you were. You are personally and globally experiencing exactly what you came to be a part of. Trust that everything is proceeding according to plan.

Attempting to understand everything with the human mind will always result in half truths, because the human mind is only able to access what is already in the collective. Instead seek answers from within, from Divine Mind and they will come as needed through others, from intuition, from a direct inner voice, or any number of other ways. However, you must understand there are no answers for many of the things you wish to know because energy is forming itself in each now moment which is why we say that you, the people, are creating the world you wish to see.

Live your awareness by aligning with truth rather than with the fear based speculation and propaganda being promoted by media and some “leaders”. Rest in your heart center as an observer seeing through outer appearances to the reality taking place behind the scenes. When you do this you bring your energy to higher solutions and change rather than to appearances that consist of what is old and finished.

You may not agree with all change simply because it is difficult to see the finished product while it is still in the process of being created. Change unfolds and evolves as the consciousness forming them unfolds and evolves. Do not expect the changes you hope to see immediately manifest fully formed but know that the process has begun. The energy of earth is becoming increasingly higher and change has begun.

Many think of change only as it applies to government, religion, health services, education etc. but larger change can only follow individual change so be prepared for change in your personal life as well. When even one person awakens to truth, it adds awareness to the collective for there is only One Consciousness. As the collective evolves, it automatically creates new and higher ways of understanding and doing things.

Individuals become empowered as they awaken to their Oneness with Source, other people, and all life forms. The result is that as increasingly more people reclaim their power and refuse to accept or align with the disempowering ego actions of others, they begin loving and respecting themselves in a new way. Empowerment is the finger that pushes the first domino of the long ancient line of dominoes that every person accumulates over lifetimes. It has begun.

Everyone will eventually stand powerfully in their identity as a Divine Being for it is Reality. However, not all are at a point of readiness for this realization and you may experience situations where firm words and actions on your part are needed. Empowerment means doing what needs to be done in ways the other can relate to (which can seem harsh if that is what is needed) but always from a consciousness of Oneness.

When words and actions are carried on an energy stream of love (the recognition of the other’s true Divine nature) they may seem harsh but will carry a much higher frequency than if the same words and actions were sent out on energy streams of hate or anger. Empowerment never means being another’s doormat or allowing family, friend, church, or organization to have control over your thoughts and decisions. This does not mean you never listen to or ponder the well meaning ideas of others, but does mean that after giving them honest consideration the bottom line remains yours and yours alone.

Empowerment affects all relationships–marriage, family, church , co-workers, etc. Everyone is feeling or at least beginning to be aware of personal empowerment but how they interpret and act upon it is determined by the state of their consciousness. This is why you are witnessing peaceful protesters attempting to bring about positive change while at the same time you see looters and destroyers seeking only self gratification.

Women in general have had a more difficult time accepting empowerment because of having lived many lifetimes as both men and women during times that gave no credibility, power, respect, or equality to females. Some parts of the world still live this way, and continue to feed this obsolete energy into the collective. Many men and women still carry this energy in cellular memory. Some who have lived lives as abusive men have chosen a female body in this life in order to experience the other side of it.

The high frequencies of the Divine Feminine are quickly integrating and balancing with the Divine Masculine because mankind is now spiritually ready. More and more women are choosing to live empowered lives free from fear and intimidation and more and more men are feeling free to express their emotions without feeling “unmanly”. Occasionally the pendulum may swing too far one way or the other, but will eventually center because the equal balance of both masculine and feminine energy is Reality.

It is not always women who need to bring in their masculine or men who need to integrate their feminine because everyone has lived many lives as both male and female and frequently one energy will remain dominant which is why some experience gender confusion. Never forget that you are consciousness utilizing a physical body and not a physical body with a little pocket of consciousness tucked in somewhere.

A woman does not need to act masculine nor does a man need to act feminine in order to be balanced and fully integrated with both. It is only within third dimensional energy that the masculine and feminine are seen as separate for in reality they are simply the two halves of One Divine Whole.

Personal and global situations based in, built on, and maintained by force and dominance will crumble and the rights of all, not just a select few, will begin to be acknowledged. Active, be-er, do-er masculine/mind energy will become balanced and supported by the receptive, intuitive, loving feminine/heart energy and vice versa.

Men are opening to and acknowledging the feminine energies already present within them which is allowing them to be more open, intuitive, and able to express unconditional love. Women are integrating their already present masculine energy allowing them to be more active, make decisions, and supportive of their feminine qualities. Most of you who read these messages have already done this work and are well balanced and live both qualities naturally and without thought.

It is a new time personally and globally. The “pandemic” will run its course. Do not allow the fear being promoted by media, some leaders, and those who benefit from other’s fears to suck you into some fear based agenda. Do what you must, obey the rules, but remember always–God alone is power.