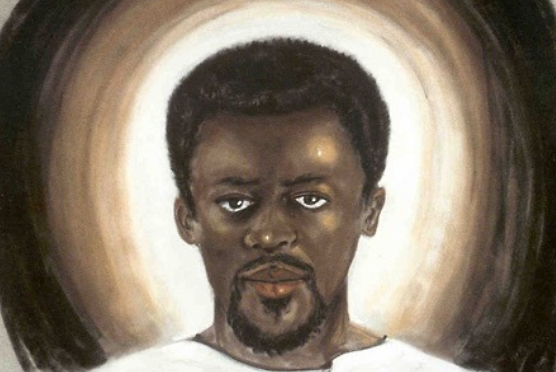 Jesus via John Smallman: The Ability of Planet Earth to Continue to Support Life is Assured

We are all One. From the smallest least significant life forms to the most highly developed ones, everyone of them without exception are contained, embraced, and most lovingly held within the infinite field of Consciousness that is ALL THAT EXISTS. Awareness of this truth, which for eons had been recognized by only a very, very few, has, over the last five or six years, been growing exponentially within humanity.

Yes, I want to confirm for you most positively that there is no separation, because Life/Love is One. Life is an ongoing creative event, an endless expansion of divine Love that is fully aware of all and that discards nothing. What is created is forever, endless, eternal, and what is created is always alive, purely because it is an expression of pure undiluted consciousness – GODNESS!

You refer to non-living material as mineral, as opposed to animal or vegetable substances which you understand to be alive. However, everything, as I said above, everything is held within the infinite field of Consciousness, therefore everything is alive. The life in what you see and recognize as inert matter is not recognizable because its energy frequency – everything is energy, there is nothing else – istoo low and vibrates far too slowly to be measured by even the most technologically advanced instruments you presently have available to you.

In other words, rocks, metals, and all that your science considers inert, non-living, have a form of consciousness, a consciousness that is patient and in no hurry, therefore rocks and metals decay and return to their non-material state far more slowly than do animals or plants. Decay is not a good word here because you use it to mean a change of state from living to non-living, and what is alive can never cease to be alive, all that can happen is that its form changes from physical to non-physical.

So yes, your planet, Earth, is very much alive. Over the eons its form has changed enormously, due to volcanic activity, earth movements, and the effects of climate and water flows, and in its present state it supports myriad forms of life. Massive human industrial and land usage activities, which have intensified enormously over the last two or three hundred years, have dramatically increased the rate at which it is changing, thus threatening its continued ability to provide an environment that encourages and supports life in form as you understand that term.

There are in fact a vast number of forms within your earthly environmentof which you are completely unaware,residing in the oceans, rivers, and lakes, in the prairies, forests, mountains, and deserts, and which are essential for the ecological stability of planetary life.

Over the last four or five decades – in fact almost instantly in geological terms – awareness of the damage being done to the entire earthly ecosystem by inadvisable activities intended to provide short term benefits for multinational corporations and their “owners” has been growing rapidly.

Now, at last, groups are forming all over the world to bring pressure to bear on those who are so blatantly and arrogantly defiling and befouling vast areas of the world that they considered fair game in the race for ever vaster profits, in order not only to persuade them to cease and desist their damaging activities, but also to use some of their enormous profits to start repairing the damage they have done.

And these groups are becoming increasingly effective as more and more people support and encourage them in the mighty task that lies ahead for humanity, if it is to ensure that a habitable environment, in which future generations can live and thrive, is preserved.

However, the tipping point has been reached, and the ability of Planet Earth to continue to support life is assured, because plans are now being put into effect to restore the ecological balance necessary for animal and plant life to flourish. There are enormous resources available to bring this about, it is just that until now they have been used inappropriately and thoughtlessly.

Humanity is on a path of spiritual evolution, and that is why souls choose to take human form by incarnating on Earth. But for a long time the rate of evolution has been very slow, while in recent times the rate of technological advancement has been accelerating. Consequently the necessary wisdom and compassion to use these advances for the benefit of all has been severely lacking. Now wisdom and compassion are growing exponentially as your spiritual evolution progresses, leading you forward toward your awakening.

To many of you it may well appear that the challenges facing you are insurmountable, but they are not. There is a magnificent awareness developing in the younger members of human society, especially those who are less than thirty years old, of the need for massive changes in attitudes and behaviors, and they have the determination and the motivation to make them happen.

In science you have a saying that knowledge advances funeral by funeral, and it is indeed the young among you who will be delivering the changes that are essential for human survival. And, of course, those of you who are older have all most definitely played your parts by effectively clearing the path for them to follow, even though, as the new path unfolds, it may well be very different from what you might be expecting.

You need to be aware that those who have been doing such enormous damage and causing such intense suffering all over the world are thereby providing an extremely powerful wake-up call to everyone else, because the ongoing revelations about their nefarious activities blows people out of any sense of apathy in which they may have been drowning, and demands that they partake in the awakening process, not by engaging in violent opposition or through starting conflicts, but by becoming aware that the only way forward is through love.

Many are now realizing that violent behaviors are a clear indication of intense pain and a sense of worthlessness in those who practice them, and that these severely damaged ones need to be loved and guided with intense compassion in an environment where they can safely express their pain without hurting others.

Incarceration in penal correctional institutions only aggravates their pain and fear. New compassionate institutions will arise to assist and support those who are suffering and acting out their intolerable burdens of guilt along with a sense of utter worthlessness.

Almost every human experiences a lack of self-worth at some stage during their lives, and sometimes it is long lasting causing an intense drain on their energy; therefore there are very few among you who, at the depths of their being, do not feel great compassion for those whose ability to love and accept themselves seems to be practically non-existent.

All are the beloved children of God! The fact that some behave violently and act out their pain by attacking others demonstrates that they have completely forgotten this divine Truth. And so have very many others who, although not acting out their pain violently on others, do have a less than complete realization of their true divinity, and thus, out of an underlying fear for their personal safety or that of their families and loved ones, often choose to work with law enforcement agencies, thereby very often aggravating the problems they were hoping and intending to resolve.

It is extremely difficult for most of you to believe that to engage with love will resolve all problems and issues, but it really is the only way forward. To be loving whatever arises does not signify weakness, it demonstrates enormous power, because Love is infinitely powerful. There is no one who is unaware of people – sadly, so far, only a few – who demonstrate love in action, and by doing so change themselves, others, and the whole world.

What is needed or required of you who are aware that you are on a spiritual path, is for you to set the intent daily to be only loving whatever arises. When you do so, you will find that you become far more at peace with yourselves. You will also find that others gravitate toward you, are drawn to you, pick up on your peacefulness, and then share it with others.

None of you are ever alone! You are always fully supported by your team in the spiritual realms, as you go about your daily lives, while at the same time – even if you maybe unaware of it – powerfully assisting in the awakening process.

Just ensure that you spend time daily – every single day without fail – at your holy inner sanctuaries where Love resides awaiting your acceptance of It, so that It may embrace, encourage, and remind you that you are on Earth at this moment to do just this. You will feel this inner knowing if you refuse to dismiss and judge yourselves as unworthy or not good enough, because nothing could be further from the truth!

You are all divine beings, and the fact that so many have forgotten this does not change it. You chose to be incarnate at this point to be loving presences assisting all on their path to awakening, and you are doing this every time you hold a loving thought or offer a loving word or action to anyone at all. As humans, limited by your physical forms, you can have no idea, until you awaken, of the wonderful and most amazing effect you are having.

Because of the love that each one of you demonstrates, even in the smallest of ways, humanity is awakening.

Trust me, because I have experienced form and all the trials and tribulations with which that state presents you. I know how difficult it is, and how terrifying it can be, and I know that you can and will succeed in delivering humanity’s awakening. Truly it is already accomplished, as you will discover, and in doing so your joy will utterly surpass anything you can at present possibly imagine.