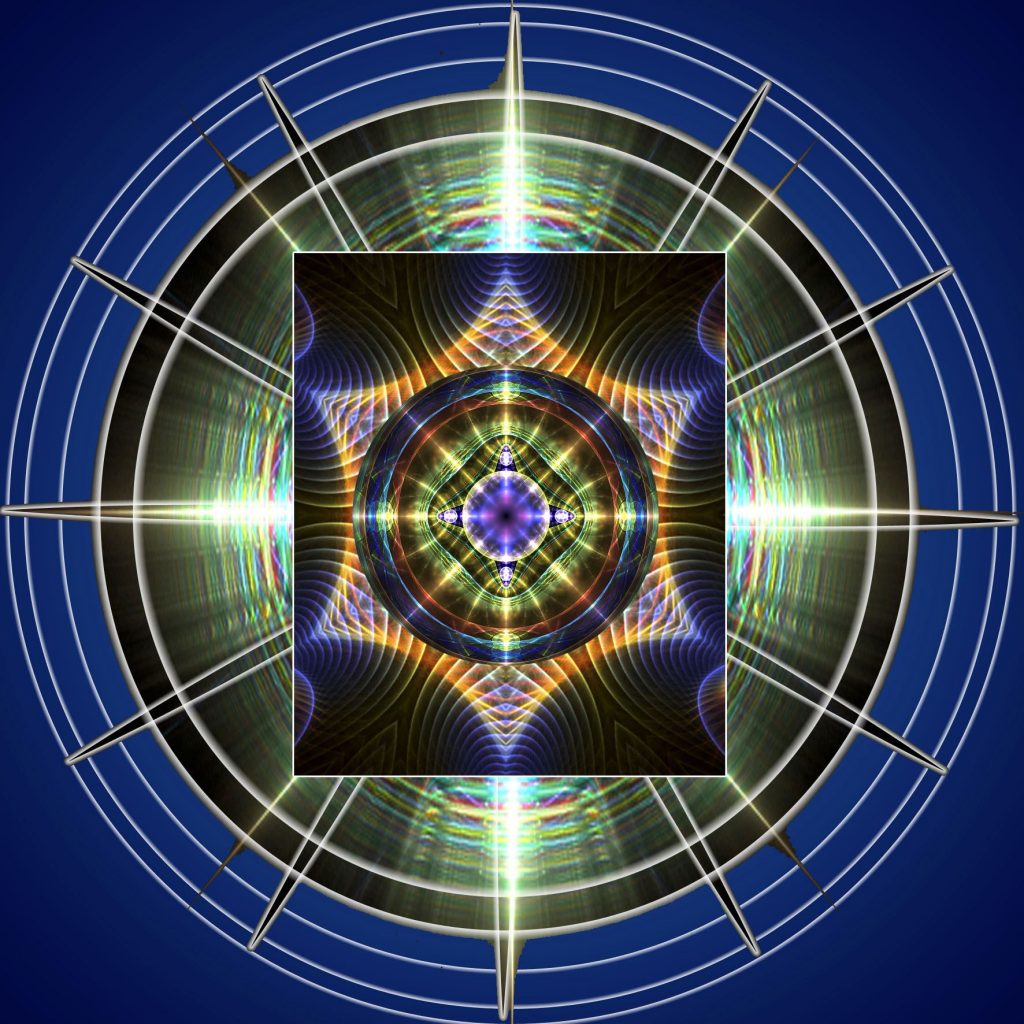 Dear Readers, welcome to our message of hope and guidance. Much is soon to manifest that will cause many to question personal beliefs and those of the world in general. Allow your spiritual journey to unfold without limitations that consist of nothing more than concepts and beliefs based on the experiences of others for every person’s inner journey is individual and authentic.

Allow, by truly accepting that you are not the person you believed yourself to be, but are a Divine Being, an expression of Source Consciousness who formed for yourself a physical body in order to work and live in the denser energies of earth–a three dimensional interpretation of the real body, one of energy and Light.

You are more than ready to identify with the reality of who and what you are–Self sustained, Self maintained Divine Consciousness. Within “Self-sustained and Self-maintained” exists every Divine Reality, everything ever believed to be lacking– abundance, harmony, wholeness, safety, security, peace, completeness, intelligence, companionship–ad infinitum–just awaiting conscious recognition. This is the secret of life, the holy grail, hidden in plain sight where most never think to look–within.

Divine qualities have always been and can only be fully present within every individual simply because Divine Consciousness is all that exists, manifesting ITself in infinite forms. Beliefs of duality and separation have created a collective consciousness that believes itself separate from other people, animals, plants and all living things as well as from God. The ups and downs, good and bad experiences of daily living are simply duality in expression for there is no unexpressed consciousness.

This is the work–“What am I holding as truth in my consciousness?”

The three dimensional experience is like someone having a large bank account that they are unaware of and so live in poverty and need. However, each day more people are waking up to realize that much they have always accepted as true regarding every facet of daily life is simply not true. It is at this point that food, entertainment, activities, and desires, begin to lose their appeal and he/she begins his/her journey toward their as of yet unknown “bank account”.

Never attempt to reclaim the past dear ones, for once the lesson of some experience is complete, it is no longer needed. As you shift into ever higher states of awareness, you are no longer in alignment with much of your past.

Some attempt to re-create the past, clinging to nostalgia for the “good old days” in the belief that these times were better but which in reality held the same dense and negative issues the world is witnessing today. In general, the unawakened majority of earlier times surrendered their personal power to others, thus allowing the same dense and negative issues of today to be ignored, denied, or covered up.

Struggling to achieve, or attain some long held goal simply because you once set it for yourself can be wasted effort. The chosen lesson may very well have been about the journey itself and not in achieving the goal. This does not mean that guidance from within toward some goal never happens, but rather means that if its attainment is fraught with continual roadblocks and negativity, the goal may be based in concepts rather than inner guidance.

Goals are usually based in some concept of success or happiness that must be attained in order to feel fulfilled or worthy of acceptance, love, respect etc. Many, once realizing that they have not and will not attain some personal goal, experience a sense of failure. Others who have actually attained some goal are discovering that it did not bring them the fulfillment they expected.

The evolutionary journey is about growing through experiences until one reaches the point of being able to access learning from within. Once an individual is willing to honestly examine their belief system, they begin to understand that successes and failures are tools that allow one to recognize and re-examine their beliefs regarding success, value, and worthiness.

Many committed suicide during the great depression, especially those who lost a great deal of money. They did not understand that the same Infinite Source that manifested it in the first place could do it again. They believed that their money came from themselves and was thus limited. These dear ones in their next life will be more aware of the deeper truths of abundance by virtue of having been helped and taught between lives about their experiences. This is how the evolutionary process works.

Frequently someone who is extremely talented at art, science, or some other talent will completely lose interest in it, to the dismay of those around them. This happens because they have attained this particular goal and it is complete. Every person continues to seek fulfillment on and through all levels awareness throughout lifetimes until finally they are ready for true fulfillment and the experiences of conscious oneness with Source

Every dream and desire no matter what it is or how ordinary, mundane, or even negative it may seem to others (relationships, money, education, power etc.) is in reality the inner pull that every individual has to once again experience their innate ONEness with Source. The Divine is always and can only ever be Itself within every individual which is felt as desire for what one believes will bring happiness.

Every human feels this Divine presence but does not understand what it is. This deep yearning for Oneness is interpreted by three dimensional consciousness as the perpetual seeking for fulfillment in the outer scene–goals and desires that one believes will bring wholeness according to the state of consciousness of the individual. Even a murderer believes his goals are valid and will make things better for him/her.

Every person chooses their earth experiences pre-birth according to what they believe will help them spiritually grow beyond their old belief system. The homeless person, may very well be a very evolved soul who pre-birth recognized the need for a deeper understanding of issues that surround lack and limitation.

The transsexual person that so many label immoral, wrong, or disgusting is a person who has lived many lifetimes as one gender, and recognized the need to learn and experience the energies of the other gender in order to bring their masculine/feminine into balance. However, once on earth, they forgot this and began to identify with their dominant energy. Because they are unaware that they are consciousness rather than just a physical body they believe that somehow they are in the wrong body, become confused, despondent, and spend their lives attempting to once again be the energy they more closely resonate with.

None of these issues are right or wrong. They simply represent the learning process of every individual. Judging, criticizing, or humiliating others with regard to the experiences of their journey, are the actions of an un-awakened consciousness.

As more come to understand the reality of consciousness versus physical, judgement and criticism lessens and is replaced by more receptivity to giving and receiving assistance in the form of practical advice, guidance, and acceptance for those struggling with some issue on any level. As individuals come to know who they really are, they can be shown how to release and clear old energies holding them in bondage.

Know that judgement and criticism can only take place if this energy is already present. It is usually held unknowingly in cellular memory about self and then projected outwardly onto another. As a person is able to love and forgive themselves, they find that the judgement and criticism they have held for others begins to simply fade away.

Some are very young souls that have not been on earth enough times to accumulate wisdom or personal power. They live in fear believing themselves vulnerable to every three dimensional concept they learn about. They need the structure of rules and laws in order not to harm others or themselves.

Others have been on earth many times, but need more three dimensional experiences in order to grow beyond their need for them. These are people who are kindly but who usually hold rigid concepts about what they have been taught and as of yet are ignorant of deeper truth.

Then there are the “old souls”, those who have lived hundreds of lifetimes on earth during which they have experienced almost every good or bad that could be experienced. They have lived as all skin colors, in all societies, and as each gender many times resulting in a state of consciousness that is wise and compassionate toward all people and life forms.

They are you. You who understand and seek to always live from your highest level of awareness are the “old souls”, the way-showers. You have the ability to carry light for those who wander through the dark maze of third dimensional creation seeking a path out of it. Let your Light shine dear ones, you have earned the right to shine. No more “I am not worthy. I am not there yet. I need more time.” These are third dimensional games dear ones, and you have moved beyond the need for games at any level. You are ready.

Shine your attained Light silently and secretly wherever you are in each now moment be it simply petting a lonely dog or speaking a kind word to a stranger. See, hear, taste, touch, and smell the reality of everything for no one thing is more “holy” or spiritual than another. Recognize all experiences, the good and the bad, to be sign posts directing you to more deeply understand that what you may still be holding in consciousness as power.

Allow the awareness you have earned through lifetimes of dedication and hard work to come into fruition as your everyday world. See through your awakened eyes and allow your every word to flow out on an energy of unconditional love even if those words occasionally need to be firm.

Allow…not in the sense of giving up, but in the sense of trusting that there is something greater taking place beyond what human appearances testify to. Allowing is natural for a consciousness able to rest in the reality of I AM.

It is knowing without question that IT will and can only function as ITself manifesting ITs ever present harmony even in the midst of pain, chaos, and suffering. IT is who you are, now claim it, live it, be it.