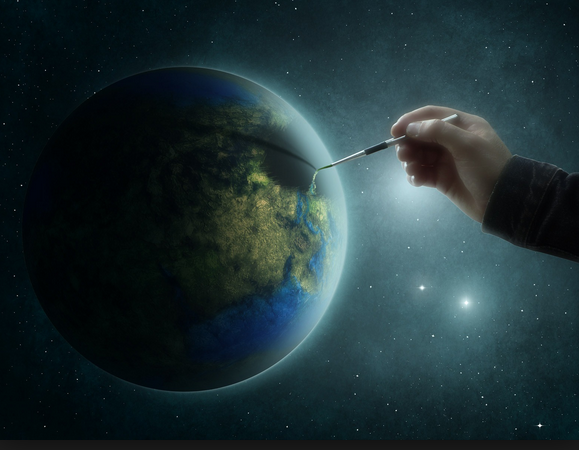 The master plan for Earth’s Golden Age was predicated upon your world’s readiness for international reconciliation and cooperation by your year 2007. It’s not that the cause of the delay began then, but rather that the council had expected your society to have reached that stage of spiritual and conscious preparedness by that time.

As we continue, you shall see why the expectations were logical, why they were not met, and why that year on your calendar was pivotal in the council’s timeline. Everything took place beyond your concept of time, but we shall do our best to explain it within a sequential frame of reference.

The plan came about because Gaia, the soul that eons ago embodied in what now is your homeland planet, sent out a call for help. The negativity that had accumulated due to civilizations’ relentless blood-shedding had so diminished Earth’s light that her ability to remain in orbit was severely imperiled. The two previous episodes when the planet’s very life was at stake, the release of amassed negativity happened with such cataclaysmic force that all life forms perished.

Gaia loved them all, even the people who contributed to the negativity, and each time of departure sorrowed her deeply. This time she wanted her residents not only to survive, but physically ascend with her planetary body, which would be restored to its original pristine health and beauty so all of her life forms could flourish and live together joyously and harmoniously. Her clear vision of that Earth became manifest in the universal continuum.

Accommodating Gaia’s desire and her body’s immediate need to start ridding itself of negativity required a massive amount of light, and God authorized powerful civilizations to provide it. The initial infusion stabilized Earth’s orbit, jarred her loose from deep third density’s entrenched negativity and enabled her to begin ascending. Naturally, that light and all forthcoming from those far distant sources would be available to all of her life forms, too, but how to motivate humankind to peer through the darkness that shrouded the planet so they could “see the light” was quite another matter.

It was at that point the council entered the picture. They accepted the task of inspiring the peoples to take charge of their personal ascension by receptivity to the incoming light so they could start generating their own with forcefulness.

This was essential for two reasons of equal importance to ascension: Light transforms bodies’ carbon-based cells into the crystalline structure that can survive in vibratory levels that eventually Earth would reach; and by dissolving the “veil” between third density consciousness and soul-level knowledge, the light opens hearts and minds to the spiritual enlightenment that engenders soul growth.

After discussing all the intricacies, complexities and requirements involved—first and foremost that everyone’s free will must be honored in accordance with Creator’s edict to rulers of all the universes—the council came up with a plan. It had to be put into a linear timeframe for your understanding, and since it is your world, it could only be what you want it to be. Therefore, all aspects of the plan had to become part of the collective consciousness, that energy mass of countless thoughts, feelings and deeds that steers activity in Earth’s field of potential and determines what happens in your world.

So a major consideration was how to present the plan in a format that would start people thinking about it. At that time in your history, the United States was considered to be the most globally influential of all countries, making it practical to start there, and so it did—members of that government were inspired to form the National Economic Security and Reformation Act that is commonly known by its acronym NESARA. This legislation has been the dark ones’ target of manifold lies and sabotage, which led to denial of its existence by some who heard of it and to serious misconceptions by others.

If you don’t know what NESARA actually encompasses—it is no less than the basis of world transformation and spiritual renewal!—and its evolution through both light and dark passages, please read previous messages that give detailed accounts. [Special NESARA edition, August 13, 2006, provides background information; a number of other messages include additional coverage.]

Here is a tech house track i produced in 2016 with same title,video contains a message from Ashtar Command,enjoy!