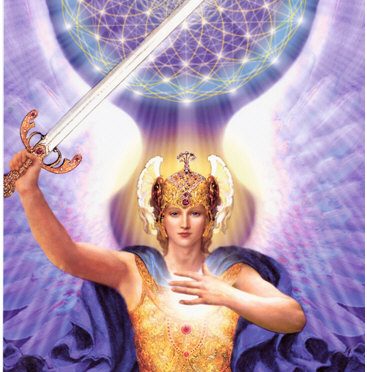 In my last reading with him, Archangel Michael said:

“What you are doing is focusing on excluding a group of people, whether you call them illuminati or Cabal or recalcitrants or simply those who have been on scenic detours.

“The focus has need to be on the healing and the opening of everybody’s hearts so that it is not about one up, one down but there is an equality.

“Think of it in this way. If those who are in positions of enormous financial power, shall we say, have a change of heart, an opening to love, then what they do with that money can help transform the planet. So the focus has need to be on healing everybody rather than excluding some.” (2)

This, for me, is a high standard of behavior and I often don’t reach it. But I do know it’s where I personally need to go and perhaps others may find it “fits” for them as well.

A first step for me is that you can expect me to post a really praiseworthy speech or comment, whether it comes from Democrat or Republican, right or left, woman or man, black or white, etc.

I personally am not paying attention any longer to party politics but to global stateship.

It won’t work at a global level to be name-calling and talking in memes. As Rep. Cummings said, “We are better than this.” (3)

If we’re working towards reconciling humanity at a global level, it calls upon us to let go of adversarialism, divisive party politics, name-calling, sloganeering, and all the other practices which got us into this mess. As Einstein said, we won’t get out of the mess drawing on the same level of thinking that got us into it in the first place.

When I said I heard Michael on the matter, he replied:

“It’s nice that you hear me, Beloved One, but it has need to go deeper than simply your ears.”

I agree. I can do better than that.

(1) This may be a good place to mention that I asked Archangel Michael about President Obama in my last reading. Here’s that conversation:

Steve: Is Pres. Obama in captivity?

There was a rumor that he was.

Steve: Has he done all the bad things that they are saying he did?

AAM: He has never been clearer. Again, it is distraction. It is to take a being who is a an agent and an angel of change and to sully his light so that people will not follow.  (Archangel Michael in a personal reading with Steve Beckow through Linda Dillon, Feb. 14, 2019.)

This is not what the memes say.