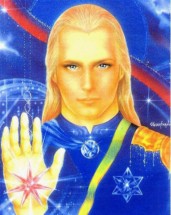 The essential element in humankind’s freedom is not money – it is your individual and collective Ascension, the uplifting of your soul.  Of course, having more money, in and of itself, will not have any effect on a person’s individual ability or desire to ascend.  It has not helped the cabal to be free; it has helped them to remain slave-masters.  The fundamental intention behind the Prosperity Programs is to relieve the suffering of poverty and debt-slavery in the short run, and most importantly, to begin the process of eliminating the use of money entirely.  Money is not inherently dark, but it has been the tool that was used by the cabal to control the population, physically, emotionally and intellectually.  That spell must be broken, and with it all the programmed thoughts and beliefs around money that have assisted in enslaving humankind.
-ASHTAR-
Read More Here:
http://myemail.constantcontact.com/The-New-Earth-Times—Edition–61—Thursday–March-17–2016.html?soid=1114135227078&aid=iRR3iV6365Y