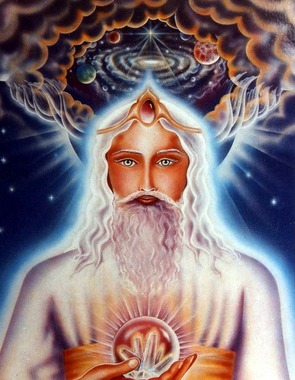 A wonderful post by Steve Beckow on Golden Age of Gaia that i reshare here: https://goldenageofgaia.com/2020/12/18/universe-stay-tuned/

Sanat Kumara, who recently assumed the responsibilities of universal logos after serving as planetary logos, made some interesting points in 2013 about the significance of the Ascension we’re all of us participating in – conscious or not.

I’m not sure we fully appreciate the centrality of our Ascension to the universe. Sanat said:

Sanat Kumara: This is far greater than any movie that you could ever create in your reality. So it is having a ripple effect throughout the entire universe. And the fact that the human race matured enough to say, no, we will care for everybody, has caused ripples and amazement throughout the galaxies!

So they are watching very closely how you are doing it. And how it is going, because it will set the paradigm for other planetary Ascensions, other realms that want to work in this way.

Steve Beckow: But isn’t the whole universe ascending, Raj? We’re not the only planet, are we?

“With this Ascension, with this shift and the conscious embracing of love, everybody, everywhere, all beings, all planets — which are sentient, as you know — receive a new start. It is a transfusion and a new beginning.

“What it marks, the impact as you would think of it is the beginning of a new cycle of existence. It is not a minor thing. And what it does, it not only allows those who are already well underway and in different dimensionality to fly freely, but everyone upon the planet as well.” (2)

So this is not only an event of supreme importance for us here on Gaia but for civilizations throughout the universe.

So let’s summarize. There are three significances to Earth’s Ascension: Mass, Physical, First. We’ve looked at the first two a few weeks ago, but we haven’t really looked at the third.

So it’s the first Ascension of its kind. Raj, can you tell us more about the significance of that?

“That is why we say that it is not simply an Ascension into the fifth-dimensional reality. It is to continue on and it is the freedom in form to be able to experience the different realities and dimensions.

“Now when that is anchored, the pattern, the repatterning, the grid, the model is set. And those planets who have had their own hurdles will then take the pattern, the energetic imprint of Gaia, and be able to utilize that and the energetic imprint of humanity and be able to utilize that with their own populations so that they may rise back to the place of love, back to a place of greater consciousness.” (3)

“Continue on” –  The consequence of this being a new space is that it has to have a complete range of dimensions. We’re ascending to the Fifth, Sixth, or Seventh, but the rest of the dimensions have to be created as well.

And, once the builders are done, the “pattern,” the model of this new realm of mass/physical consciousness, extending through the twelve dimensions, is available for use elsewhere.

I don’t want to develop the subject at length right now. I have a book coming out on What is Ascension?  But the significance of what we do here may not have been fully plumbed.

Here’s another aspect of this that I’m not sure is widely realized, that I’d like to mention in passing.  In my estimation, the lightworkers here today form a team that goes from Ascension to Ascension.

That goes for our star family as well. I’ve heard the Arcturians describe themselves as experts in Ascension, going from one to the next.

Michael has told me that the next assignment I personally go on is 200 years after our Ascension.   That’s my vacation to do with as I please. (4) Probably something similar applies to you.

If I’m part of an Ascension team, then so are you or chances are you wouldn’t be reading this. Ifr that were so, then we all get a 200-year vacation before that next assignment.

How will the Plan win through? It’d have to be by using the universal solvent called love. Universe, stay tuned.

(1) “It Is a New Day: Sanat Kumara on Pope Francis, the Process of Ascension, the Earth’s Place in Ascension, Etc.,” March 13, 2013, at https://goldenageofgaia.com/2013/03/it-is-a-new-day-sanat-kumara-on-pope-francis-the-process-of-ascension-the-earths-place-in-ascension-etc/.

(2) “Sanat Kumara: Many of You Have Already Ascended and Straddle Dimensions,” May 28, 2013, at https://goldenageofgaia.com/2013/05/sanat-kumara-many-of-you-have-al23eady-ascended-and-straddle-dimensions/.

AAM: You will have a choice. As I have said to you, when you complete this mission, you are allowed to have 200 years off. But what you do with that is up to you, dear one! You will certainly have full access to your inter-dimensionality. (Archangel Michael in a personal reading with Steve Beckow through Linda Dillon, Dec. 18, 2012.)

S: The next assignment is in the Seventh Dimension?

AAM: You will have a choice of planetary systems. This [Ascension] is just the warm-up for [that] Ascension. It is to bring a further rising of vibrations to those throughout the Universe. (Ibid., Sept. 13, 2011.)