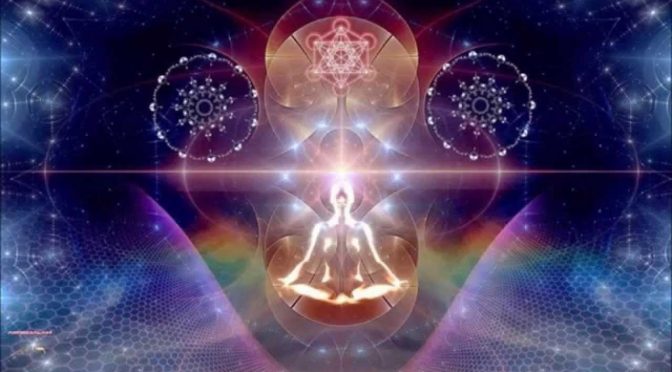 Our Galactic Family through Suzanne Lie

We, your Galactic Family, wish to send you more information about the NOW of your Personal and Planetary Ascension. Very often, your physical body tells you what your brain is afraid to know. The brain has to house all of your old guilt, lies, and hidden truths. Therefore, the body often acts as a threshold keeper for your fifth dimensional consciousness and fifth dimensional spirit.

In the same manner that all seeds have the promise of new life in the core of that which you may think has no life force, all life on, or in, Gaia’s earth, air, fire, water and ethers has a small, or large, core of fifth-dimensional matter.

Gaia has been recalibrating her planetary self since She slightly fell off her axis during the fall of Atlantis.  What was known as humans was greatly diminished due to the many experiments on them under the direction of the dark ones during the time of Atlantis.

Fortunately, the dark ones are now dying off, and many of their children are not willing to be on that dark dimension. Therefore the Illuminati are beginning to die off. There are, of course, many examples of power over other rulers that must be transmuted within your Now. You, the members of humanity during this “ Now” of planetary shift, are being called on to assist your Mother Planet, Gaia.

Gaia is a loving being who is pregnant with her fifth-dimensional child. The dark ones are also aware of Gaia’s ability to transmute her planetary self into a higher frequency. She has been practicing this transmutation deep inside her core for longer than your 3D time could count because Gaia could always feel the fifth-dimensional resonance, which was growing in her core.

However, due to all of the assistance of the Galactics, the Angelics and the higher dimensional guests that are now living within Her core, Gaia is beginning to “right her self” in preparation for Her Planetary Ascension.

NOW, long extinct “keys” are turning to open up long lost places within Gaia’s body. Just like your human body, Gaia’s planetary body is greatly influenced by the emotions and thoughts that are sent to Her. Gaia’s core crystals have downloaded all the messages, and she is translating all of these messages into fifth-dimensional Light language.

The multidimensional power of fifth-dimensional Light language imprints into Gaia’s body in the same manner that a tattoo imprints onto a human’s body. Once this imprint is created, it takes another request from a majority of humanity to activate it.

Please think of Gaia as a huge living computer. A computer downloads files and interprets, activates, carries out certain commands. In the same manner, humanity’s requests are noted and eventually acted on by Gaia. When that action occurs it is according to planetary needs, rather than human needs.

How can a planet have enough consciousness to refuse or accept a command? Even now there are growing episodes of Gaia changing. After all, how could Gaia not change now that the fifth-dimensional Light is rising up from Her core crystals, and simultaneously, descending down from the areas of space beyond Her atmosphere?

The first fifth-dimensional Gamma Waves of light are coming to Earth. All of those who represent “power over others” will be shocked and confused by this frequency of light. At first humanity may also be shocked, and may even become frightened.

But soon they will remember that they are not just third-dimensional vessels of clay like they were told in the many lies that were fed to them. Instead, more and more of humanity are beginning to realize the Truth that the Higher Light shares with them in their daily lives.

Fortunately, because of the conscious, or even unconscious, growing exposure to the Higher Light, humans are beginning to expand their resonance, and thus their state of consciousness, into the higher fourth and fifth dimensions.

How will this occur, we hear you ask? This miracle has always been within the Now of the fifth-dimensional ones.

You do not need to change or improve that which you fear and/or judge. Instead, please release the darkness, which is usually fear that has always hid in the hidden corners of your consciousness. As you release these ancient fears and frustrations into the Higher Light, the dark shadows that have accumulated in Gaia’s aura, due to humanity’s fears and aggressions will clear.

Free of humanity’s wounded or wounding shadow, Gaia will be able to perceive and accept the Higher Light, not from a side angle in which the light cast too many shadows to see the truth, but straight down and in from above and beyond.

Also, it was “Step One” of the Great Plan for all of the illusions and shadows to be visible so that the Ascending Ones could learn to discern between that which was Multidimensional Light and Unconditional Love, and that which was illusion and power over.

When humanity is ready to perceive, and more deeply understand, the truth about the amount of darkness that has freely encompassed this world, they will be called into active duty. The Awakened Ones have learned through many incarnations that if you fight the dark by being dark you become dark.

Then you will have lost. You will have lost the fight and most important, you will have lost your connection with your SELF. The winner of this “planetary contest” is to be TheOne. The One of which we speak is the collective consciousness of all humanity, as well as all of humanity’s life forms that are united into the process of Planetary Ascension.

How does this occur?  In order to retain the power within that allowed you to first take an earth vessel, you will be called on to combine that courage with all of the light, love, fear and challenges that you have ever experienced in all of your earthly incarnations, so that you can begin your process of completion.

Once you are complete, which means that you have balanced all the energy fields of all of your myriad incarnations. “Balancing,” means that you have released the polarities of “good vs. bad,” or even “you vs. them” to discover and resonate to the ONE.

You will have also learned that “time is an illusion of the third/fourth dimension.” It when you have released this illusion that you can more easily enter the fifth dimensional NOW.

Finally, remember that in order to graduate/ascend from the “Earth School of Universal Knowing” you will need to have have learned/remembered the Center Pathway that travels in-between to connect all third dimensional polarities.

When you are in-between all polarities, you are free of all the fear and darkness that you have experienced in all of your incarnations. Free of fear and darkness, you can more easily remember that

It is then that you will graduate from the “Earth School of Universal Knowing.”

What is Universal Knowing?

When you understand and live that answer to that question, you will ascend!

PERCEIVE that reality as already manifested.

FEEL how joyous you are to finally be achieving this goal, gift AND destination.

ALLOW the details of that reality to remain a bit blurring, as you perceive them in the higher   dimensions.

MOVE though the chaos that precedes all change by creating a Portal of Light that easily opens before you.

SEE the portal of light before you.

NOTICE how the portal is opening for YOU.

IMAGINE yourself entering that portal.

NOTE your first thoughts and emotions as you move through the portal.

HOW do these thoughts and feelings influence your experience?

ACCEPT and unconditionally love all your fearful and negative thoughts as components of your self.

SEND all these fears and negative thoughts your Unconditional Love.

ACKNOWLEDGE that you are very brave to create this new reality.

UNDERSTAND that this journey can be difficult because you must look deep into your self.

LOOK deeply within your many aspects of SELF.

INVITE any aspects of self that do NOT want this change to communicate with you.

EMBRACE this communication with love and patience.