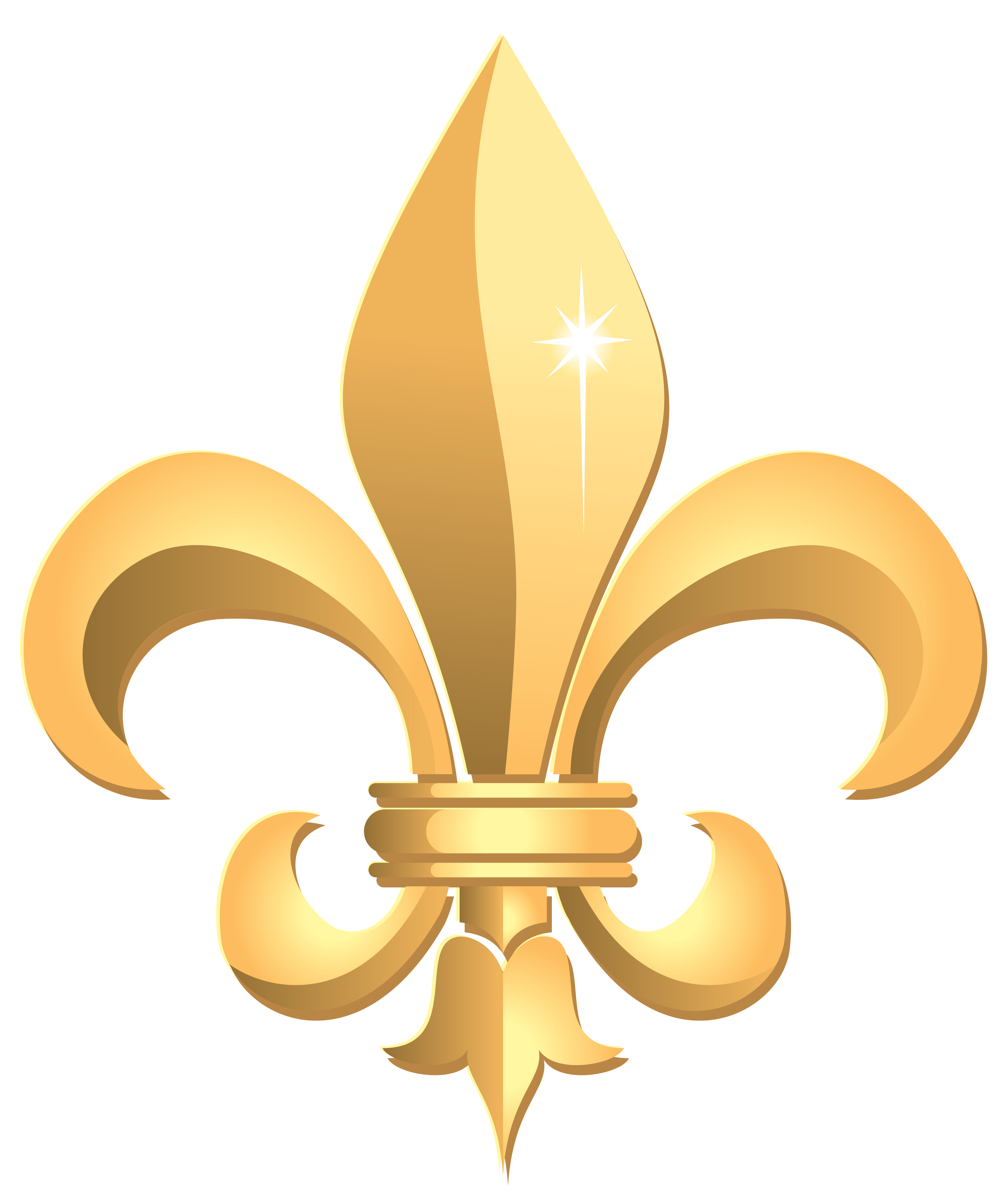 April 18, 2019
As we continue our journey through Holy Week, the Company of Heaven is asking the I AM Presence of every person on Earth to intensify the brand new frequencies of Divine Enlightenment and the Resurrection Flame that are now bathing the Earth. The Divine Intent of this celestial assistance is to help all of us see the bigger picture so we can comprehend the true meaning of what is transpiring in our individual and collective lives during this Cosmic Moment. Please go within to the Divinity of your Heart Flame and experience this information with “new eyes and new ears.”

On Palm Sunday, April 14, 2019, we held our Free Seminar in Austin, Texas. This was the beginning of Holy Week which is considered the most sacred time of year by billions of people around the world. Our first activity of Light was to offer the Cup of our collective consciousness as the Open Door through which our Father-Mother God would blaze their magnificent Light into our Planetary Grid of Transfiguring Divine Love. This grid has been building in momentum for over 50 years.

Over 100 dedicated Lightworkers attended the seminar, and we were joined in consciousness by thousands of Lightworkers from around the world who were projecting their Light and Love into the Chalice of our Heart Flames in Austin, Texas. This greatly expanded the amount of Light our Father-Mother God and the Company of Heaven were able to infuse into our Planetary Grid of Transfiguring Divine Love. That Gift of Light is now amplifying the Lightwork of every single person on Earth one thousand fold every single day.

The next wave of our God Parent’s Light will infuse our Planetary Grid of Transfiguring Divine Love during our Free Seminar in Washington, D.C., on May 19, 2019. If you have the Heart Call to add to the Light of the world in this powerful way on behalf of Humanity and Mother Earth, and you would like to physically attend our Free Seminar, you can register by clicking on the link below. If you are not able to be physically present, please think of us on that day and send your magnificent Light and Love to us. This will exponentially empower our Grid of Love and the second phase of the Divine Plan for our seminar. The Company of Heaven will reveal that phase of the Divine Plan to us once we are in Washington, D. C. https://eraofpeace.org/blogs/free-seminars-1/washington-d-c

The Second Phase of the Divine Plan Accomplished In Austin, Texas Springtime begins in the Northern Hemisphere every year with the March Equinox, and the influx of the Mother of Pearl Resurrection Flame. In 2019, the March Equinox occurred on March 20thor 21stdepending on where you live. On that sacred day, we were also blessed with the third Super Full Moon of 2019. The Company of Heaven said the synchronicity of those events provided a greatly intensified opportunity for our I AM Presence and the Divine Intelligence within our Earthly Bodies, our 5th-Dimensional Body Elemental, to accelerate the Divine Alchemy taking place within our physical, etheric, mental and emotional bodies. This Divine Alchemy involves transforming our carbon-based planetary cells into the 5th-Dimensional Crystalline-based Solar Light cells that will form our bodies once we complete our Ascension onto the New Earth.

Every year during the March Equinox the Mighty Angel of Resurrection bathes the Earth and all Life evolving upon her in the most intensified frequencies of the Mother of Pearl Resurrection Flame that Humanity and the Elemental Kingdom are capable of receiving. This Sacred Fire blesses the Earth for several weeks Resurrecting Humanity, the Elemental Kingdom and Mother Earth into the next phase of our Ascension process.

Our Body Elemental was then able to cast the residue of the toxic substances that were still contaminating our cells into the Violet Flame of God’s Infinite Forgiveness. These toxic substances were then transmuted back into their original perfection. This purging cleared the way for a tremendous influx of the NEW Yellow-gold frequencies of Divine Enlightenment. This Sacred Fire is now awakening within the Heart Flame of every man, woman and child on Earth the intuitive KNOWING of Oneness and Reverence for ALL Life.

The Company of Heaven revealed that the God Victorious accomplishment of these activities of Light prepared every man, woman and child on Earth for the facets of the Divine Plan that were destined to occur during the rest of Holy Week.
The Burning of Notre Dame
On April 15, 2019, billions of people around the world watched in horror as the magnificent Notre Dame Cathedralin Paris, France burned out of control. The shock of this heart-rending event forced open the hearts of the masses of Humanity in ways that allowed the Divine Feminine to expand her Presence within every Heart Flame. This triggered a healing process that has been unfolding for over 850 years.

The most tragic result of our fall from Grace is that aeons ago we closed our Heart Chakra while trying to avoid the painful effects of our distorted human miscreations. This catapulted us into the abyss of separation and duality. We lost awareness of our Mother God, who is the Holy Spirit. We became oblivious of her Divine Love which is intended to perpetuate within us the knowing that we are One with ALL Life.  We also lost knowledge of the Divine Feminine.

We began believing that as Sons and Daughters of God we had just one single masculine parent, a Father God. Since that fateful time, Humanity has been functioning with a fragmented patriarchal consciousness.  Through this distorted consciousness we have grossly abused our Father God’s Divine Will and Masculine Power. For aeons of time, our fragmented and fear-based fallen ego has suppressed and oppressed our Mother God’s Transfiguring Divine Love. Our ego has blocked the awareness of the Oneness of ALL Life and the Divine Feminine. Nowhere has that abuse of power been more evident than in the hierarchy and teaching of the various organized world religions.

In the year 1163, through the unified efforts of Heaven and Earth, a plan was set into motion to create an outer-world symbol that would be dedicated to our Mother God and the return of the Divine Feminine. The goal was for the Cathedral of Notre Dameto be built in the heart Paris with such an exquisite demonstration of art and architecture that people from all over the world would be drawn to her with wonder and awe regardless of their religious affiliations.

Notre Dame means Our Lady. The spiritual symbol of France is the Fleur-de-lis, which represents the Immortal Victorious Threefold Flame pulsating in every person’s heart. This symbol reflects the Holy Trinity, our Father God’s Power, our Mother God’s Love and the Son and Daughter of God’s Enlightenment.

For 856 years our Mother God and various Aspects of the Divine Feminine have blessed the hearts and minds of people with the Sacred Breath of the Holy Spirit as they entered the Cathedral of Notre Dame. This Gift has gently softened hearts and helped prepare the masses of Humanity for this Cosmic Moment.

The Cathedral of Notre Damehas been under attack and rebuilt several times during the past centuries. These attacks were based in the patriarchal consciousness of Humanity’s fallen egos, which were striving to block the return of the Divine Feminine. In every instance these attacks failed and the radiance of our Mother God’s Love and the blessing of the Holy Spirit’s Sacred Breath became stronger.

Our Father-Mother God and the Company of Heaven want us to know in the deepest recesses of our hearts that the events that unfolded for “Our Lady of Paris” during Holy Week in 2019 were not an attack. This purging fire was very different from the things she experienced in the past.

There has been a valiant effort to refurbish the Cathedral of Notre Damefor a while now, but the Company of Heaven revealed that the purification that is needed to permanently burst the oppressive bonds of the abusive patriarchal hierarchy of organized religions has to be much more dramatic.

There has to be a changing of the guard. The “old guard” has to be removed and transformed back into its original perfection which reflects the Divine Masculine. Then the full expression of our Mother God’s Love, the Divine Feminine, will be able to reclaim her rightful place in the hearts of Humanity and the Cathedral of Notre Dame.

During the week before the fire that consumed much of the Cathedral of Notre Dame, twelve huge statues representing the Twelve Apostles were removed. These masculine representations of power and authority were considered “the Guardians” by the French people. The twelve statues have been taken to a special place where they are being refurbished and transformed.

As the purging fire blazed through the structure of Notre Dame on April 15th, the people of France gathered in front of the cathedral. They knelt in prayer, sang songs, cried and in deep reverence they held the sacred space for Notre Dame’s unfolding Divine Plan in the full embrace of our Mother God’s Divine Love.

At the same time, billions of people around the world supported them and joined them in consciousness through televised broadcasts and social media connections. This collective Cup of Consciousnesscreated the Open Door through which our Mother God and the Feminine Aspects of Deity throughout Infinity, God Victoriously purged and cleansed the physical, etheric, mental and emotional strata of Mother Earth from the masculine abuse of power that has oppressed and suppressed the Divine Feminine since Humanity’s fall from Grace. For several days thereafter thousands of people marched in the streets and reverently held vigils in front of “Our Lady of Paris.”

Now through the unified efforts of Heaven and Earth the Cathedral of Notre Dame will be Resurrected and Transfigured.
Passover, Easter and Earth Day
Holy Week will be brought to fruition with the celebrations of Passover, Easter and Earth Day. The first Full Moon following the March Equinox is celebrated as the Passover Full Moon. Easter is celebrated the first Sunday following the Passover Full Moon. This year the Passover Full Moon will occur on April 19thwhich is also Good Friday. The synchronicity of these two events will greatly amplify the influx of Light that will bathe the Earth on Good Friday and Holy Saturday. Easter Sunday is April 21st. Because of the global focus of attention on the activities of Light that have taken place during Holy Week, we will experience an extraordinarily powerful expansion of the Resurrection Flame on Easter Sunday. This influx of Light will bless Humanity, the Elemental Kingdom and Mother Earth in wondrous ways.

On April 22, 2019, people around the world will celebrate Earth Day. Humanity and the Elemental Kingdom will join together in consciousness and we will receive a blessing from the Mighty Elohim, the Directors of the Elements and our Body Elemental that will accelerate the Divine Alchemy taking place in our Earthly Bodies and the Body of Mother Earth.

Dear One, Thank you for being the Open Door that no one can shut. I wish you a Glorious Holiday Season.
God Bless You,
Patricia Cota-Robles

33rdANNUAL WORLD CONGRESS ON ILLUMINATION AUGUST 10-15, 2019 IN TUCSON, ARIZONA     (We will not have a Free Seminar in August)

TO REGISTER FOR THESE SEMINARS JUST CLICK ON THE LINK BELOW: