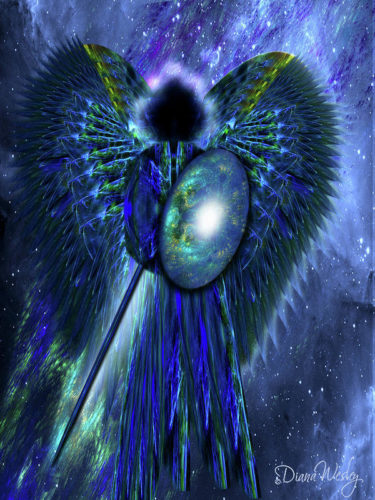 In my reading with him through Linda Dillon on Oct. 30, 2020, I asked Archangel Michael to give us a progress report on world peace.  He paused and then began slowly, giving me a very welcome overview, much fuller than I’d expected.

Archangel Michael in a personal reading with Steve Beckow through Linda Dillon, Oct. 30, 2020. Thanks to Dana for our transcript.

Steve: How are we doing with world peace, Lord?

AAM: (sigh… Long silence as AAM plays for Linda an horrific “video” of all the destruction worldwide.)

Steve: Lord? Should I repeat my question?

AAM: No. I am giving the channel a chance for she has felt the…. [Trails off.]

Now let us begin with truly the good news because as we have said time after time after time that world peace, global peace, universal piece, the planetary peace comes when the hearts of humanity, the collective heart and the individual heart yearns for peace.

And when I say peace, you know (1) but I will reemphasize that I am not merely speaking about the absence of war. I am speaking of the deep, profound yearning and practice of peace which incorporates of course non-aggressive, supportive, kind, loving, gentle, strong actions as well as beingness.

So humans, regardless of where they are living have reached the place where there is collective and individual yearning for that sense of well-being.

It is not just but it certainly includes the sense of safety and security. And not only being attended to but the ability to attend to one another.

Now, are there still, during this, shall we call it, final sweep, those that still wish to do harm on various levels, it matters not? Yes, there are and that is based, as you well know, on egoic inclinations or a parasitic inclination to live off of others and to basically steal their energy.

Yes, there are still some but by far the majority (we would say 90% of the humans) wish to live in peace, wish to be the peace.

Now peace as you know, comes, quite literally – even when the definitions are slightly different, it matters not – from the grassroots. That is the ONLY place it can come from. It is from the wellspring, the heart, the desire of the soul and the mind paired with action.

So in terms of that forward progression on world peace, it’s extraordinarily close.

The backwards thrust that I referred to is [from] those that are still holding tight with corruption and abuse, violence, mayhem onto what they perceive as the reins of power. [They] will hurt, harm, destroy anything that threatens their platform.

Which, is a platform that is based in the lowest common denominator of what you think of as the old third dimension.

So as the collective desire (and actions) for peace has grown, the resistance and recalcitrance of this small group has also grown because in some ways their environment, they believe they are fighting for their lives.

And they are because to them, life is position. Life is that position to control and abuse power. Now is that being defeated? Group by group, nation by nation… Yes, it is.

So while it may look like there is still a fair bit of upheaval, and it is not to deny that, there is also enormous progress that is and has been made.

I’ve experienced the higher-dimensional peace he’s referring to. It’s everything he says about it. And it was nothing like what I expected.

I expected myself to be floating on clouds. Instead it was like standing on granite. Absolutely solid and stable. I felt indomitable.

Twice later, Michael also described peace as being like granite.  Because it’s seldom described that way in the literature, I quote his two descriptions in full:

Archangel Michael: So, when you think of things that you should do, are supposed to do, might do, and it doesn’t ignite that fire of excitement, and that granite of peace, then you are being given an important piece of information, which is ‘look elsewhere.’ Is that clear? (“Transcript ~ Archangel Michael: You Have Chosen to Be the New Paradigm of Love, May 31, 2018,” June 7, 2018 at http://goldenageofgaia.com/2018/06/07/transcript-archangel-michael-you-have-chosen-to-be-the-new-paradigm-of-love-may-31-2018/.) (My emphasis.)

Steve Beckow: (Laughter). I had an experience of deep peace some years ago. I think it was about 2015. And I was surprised to find that peace was so substantial. It felt to me as if I were standing on a granite rock and I remember saying that to myself. And then I remember a couple of years later you actually used that word, [saying] that peace was like granite.  …

Archangel Michael: There are so many divine qualities that do feel amorphous, light, airy, like a spring day. And yet peace (you have this expression), you can take it to the bank. It feels like ballast. It feels like granite because it is solid. And dare I say immutable. That is why I continue to keep emphasizing that that peace [is] within, that rock-solid granite [lies] within. (“Transcript: Archangel Michael – Peace is Breaking Out Upon Your Planet, May 3, 2018,” May 15, 2018, at http://goldenageofgaia.com/2018/05/15/transcript-archangel-michael-peace-is-breaking-out-upon-your-planet-may-3-2018/.) (My emphasis.)

I took that as confirmation of what to me seemed otherwise like an incongruity: How could peace be like granite? It had to be soft and fluffy.

As with love so with peace: in that space, no aggressive thought arose; usually, only love and compassion.