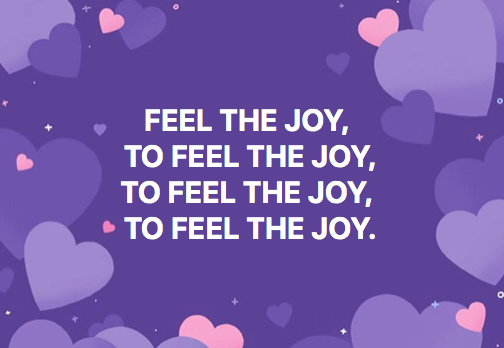 Humanity is on the verge of a breakthrough in its awakening process!  Yes, on the mainstream news everything seems politically chaotic wherever you look, but that is as a result of the vast increase in loving energies flooding the planet to help you take a massive leap forward on your spiritual evolutionary path.  The conflicts, made known in the news, are occurring because the underlying fear and anger that is causing them needs to be released not only at the personal level, but also at the planetary level.  For eons divisive and damaging beliefs and belief systems have caused enormous rifts between people, leading to the extremely painful severance of relationships at either a personal or an international level, and frequently resulting in violent and vicious conflicts.  Their arising now demonstrates very clearly indeed to all of you the essential need for enormous change in the ways in which you choose to relate to one another.

Prepare to be AMAZED!  It is a leap that was planned as soon as the apparent separation occurred, with the timing set to coincide with humanity’s choice to become aware that the only way to resolve issues from the smallest to the largest was with Love.  This has happened – although many people still remain asleep, unaware – and the tipping point has been reached so that Love and meaningful dialogue will increasingly replace acrimonious disagreement as people meet to resolve issues that are in danger of leading to conflict or further planetary damage.

This is the moment when many creative opportunities to look at major world issues in a totally new light will arise.  Those who can offer meaningful guidance that will lead to solutions that will be for the benefit of all will appear and lead the necessary discussions in a harmonious, respectful, and cooperative fashion.  You may most certainly expect the unexpected in 2019.  Wondrous events will occur that will delight and uplift you, as you come to realize that humanity’s route Home is studded with events which will spark much new spiritual awareness, events that will affect everyone on the planet, encouraging all to let go of any sense of personal unworthiness, and to fully engage creatively with whatever their hearts desire.

A feeling of intensefreedom will arise in everyone, allowing unrestrained enthusiasm to guide and direct them in every moment.  The joy that such intense feelings will produce cannot be preconceived of or described in any meaningful way.  Nevertheless, they will arise in each individual, creating a feeling of unrestrained and indescribable wonder.  And of course there will be no need to describe them, because everyone will be experiencing them together, and thus knowingthat they are One with everyone in this wondrous celebration that IS Life and that IS Love.  Truly those two states are inseparable, but for eons you have believed that this not the case.  You have believed that life can be filled with pain and suffering, that it often is, and you have experienced that.

Beliefs are opinions with which people engage, wanting them to be true, but which in fact are just forms of limited vision that you impose upon yourselves, and which you attempt to impose on others in order to strengthen and validate them and yourselves.  Many people identify themselves with their beliefs, and get very upset when others refuse to accept or validate them.  However, you have started to change your most severely limiting beliefs, letting go of the dogmas and authoritarian sentiments that have kept you seemingly enslaved since the beginning of time, and you are now allowingyourselves to seethat you are notyour beliefs.  You are in fact discarding self-serving and damaging beliefs in order to make room in your hearts for information or knowledge from the infinite field of divine Wisdom that is available to everyone, and that is of particular interest to you as an individual, to flow into your awareness.

For eons strongly held and promulgated beliefs and belief systems have prevented you from fully accessing and engaging with your vast creative abilities.  That is now changing rapidly, and the fruits of those abilities are being displayed and shared with increasing openness and enthusiasm, as people come to the realization that being open and sharing their creative ideas freely leads to major improvements for all of humanity in the way that your daily lives can be lived and enjoyed.

You were created in Love for eternal happiness, and life is meant to be fun, to be enjoyable, to provide you with satisfaction, contentment, and peace.  However, when you chose to experience the unreal state of separation, you also chose to experience fear and all that goes with it.  For eons that is what you have been experiencing, but you have finally reached the point at which you have collectively decided that enough is enough.  In other words you have chosen to awaken from the unreal dream of separation, and you have set the collective intent for this to happen.

Many are unaware that eons ago, at the beginning of time as you know it, the choice was made collectively to experience separation from Source by engaging with unreality, and they are also unaware that the choice to wake up was always available and that it has now been made.  Consequently many are still experiencing separation, and all its woes, even more intensely than ever before as all their unaddressed issues rise up to be acknowledged and released.  That is what is going on now, and the evidence is being constantly and enthusiastically portrayed on the major news channels, as they continue to encourage people to be fearful and engage with and pursue anger, seemingly justifiableanger, at the injustice and suffering that is being reported.

I cannot emphasize strongly enough the need for you all to go within daily – two or three times if possible – to rest, contemplate, and meditate at your holy altar where Love is always in residence.  While there, open your hearts to accept Its warm embrace, listen to the wisdom and inspiration It offers you, and then come forth knowing,as you do at the depths of your being, that all is divinely taken care of, because you are all divine beings and you areresolving the issues that arise because you have made the collective choice to do so.  In that decision you are being monumentally supported and assisted by your team members in the spiritual realms.  Remember there is only the One!  And you are the One, experiencing individuality, differences of culture, nationality, ethnicity, and creativity, amidst all the sentient beings through which the One expresses Itself. Therefore Be in Joy!