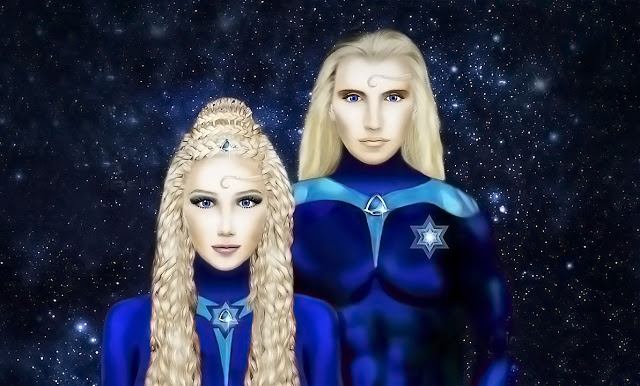 Great Ones,
The Great Awakening has moved into High Gear as Operation FREEDOM EARTH sweeps across the planet.

An incredible Evolution of Consciousness has occurred on planet Earth over the 30 Earth days as the FORCES of LIGHT continue to dismantle All 3D paradigms, and replace them with NEW, Harmonious 5D-Earth Systems that are much more Beneficial to Sentient Human Life.

Everything in this World is Changing in a Profound and Positive way and a NEW Era of LIGHT has finally Dawned for Humankind.

The StarSeed Collective of Earth is leading the way in this Great Planetary Awakening and are sending the Blinding LIGHT of Higher Awareness and Truth into every dark corner of the Earth matrix. The recent Global Mass Meditation had an enormous impact on Consciousness levels on the surface and BEcause of this, Humanity is much more Aware NOW and they are finally ready to Fully WAKE UP.

A NEW improved Positive Gamma TimeLine was created several Earth days ago as a direct result of that Mass Meditation and efforts are underway as we speak to coordinate an even more powerful upcoming Global Mass Meditation. This will be announced in the coming few days.

As we move forward towards the Grand EVENT 2020 Culmination and the Long-Awaited BEginning of the NEW Age of Aquarius, things are well underway in the Greatest Planetary Freedom Operation that Humanity has ever witnessed.

Benevolent LIGHT FORCES have been arriving in Earth’s Solar System in Great Armadas and in mass numbers over the last few Earth days to witness the Grand EVENT 2020 Culmination and the Spectacular Liberation of planet Earth.

The Earth Alliance reports that thousand of sightings of these Galactic Armadas have been reported and more and more photos and videos are BEing posted on Social Media showing these incredible LIGHT Ships moving into Earth’s Solar System.

The Earth Alliance received a recent LIGHT FORCES Data Stream which indicates that Full Disclosure of and First Contact with our Galactic Family is NOW imminent.

As the latest Federation Armada was detected arriving in Earth’s Atmosphere yesterday, Energy levels all around the Globe started rising as powerful, 40-Hertz, 5D, Gamma LIGHT Beams permeated Earth’s Atmosphere between the hours of 12-18 am EST yesterday morning.

Recent Earth Alliance Data shows that a Powerful inbound Wave of Exotic 5D particles are headed for Earth and will impact the planet BEginning mid-morning on Sunday.

Ascension symptoms continue in an elevated state as StarSeeds all around the planet are reporting moderate to strong layered body symptoms.

Among the wide range of Ascension symptoms being reported right NOW, “Powerful Vivid Dreams” stand out as the most prominent and unique symptom that is mentioned in the latest Earth Alliance Date. These Vivid Dreams are a natural manifestation of the Great Awakening that is currently underway on Earth and are simply a shortcut to Healing something important in your life.

If you are experiencing these Ascension Dreams, try to see the Higher Purpose in it all and KNOW that All Is Well.

We assure you that the Angelic BEings who have come close to Earth recently are working with you in these Dreams to promote the Healing of your Mind, Body and SOUL.

Two Earth weeks ago as part of Operation “STORM”, Elite Delta Security Forces were deployed on Special Mission all across the planet for the purpose of Neutralizing All remaining dark cabal beings from the surface, engaged in harming other BEings.

Emphasis was placed on areas of smuggling and trafficking such as hidden underground tunnels, seas / sea-ports, and borders in this Positive Military Mission.

This Special LIGHT Forces Delta Security Mission has a Covert Military Status for good reason and is BEing Orchestrated out of the public eye, in the Best interest of Humanity who is NOT Awake yet.

This is why it has been said generally to, “TRUST THE PLAN”.

Most StarSeeds know what is really going on under the Covid-19 cover and we absolutely can tell you that All darkness is being systematically removed from the face of the Earth, right NOW by the Forces of LIGHT who are in Full Control of All Earth’s Systems.

“THE LIGHT AT THE END OF THE TUNNEL IS SHINING!”

There are several other main Delta Missions underway right NOW each with different objectives.

One current Special Covert Delta Operation Mission was deployed to eliminate several Dark-Web Nodes and to perform a RESET of Major Internet Hubs.

This Mission is still ongoing and when this Operation is complete, Global comms could go down for around three days.

Under this Successful Operation, the Leaders of LIGHT have already taken Full Control of the corrupt Federal Reserve Central Banking System.

This Special LIGHT Forces Operation is bringing about a completely NEW, Asset-Backed Abundance System where every Citizen of Earth will BE Relieved of All 3D matrix debt bondage and will Live in Abundance on the 5D NEW Earth.

As the old harmful fiat money system is Re-structured by LIGHT Forces, unprecedented Debt Cancellations are occurring all across the World from the top down including the IMF and World Bank and will continue to occur until All Global Debt has ended.

The Galactics are working overtime from the Sky to the Ground at this hour on behalf of Humanity to completely Liberate Planet Earth.

As we move closer to the Great EVENT 2020 Culmination and the Grand SOLAR FLASH soon the entire planet will BE completely Shifted into the 5th Dimensional NEW Earth.

Great LIGHT has come into this World and an incredible Paradigm SHIFT is well underway, Dear Ones.

Thank you for coming to Earth at this time and for your Great sacrifice.

Let us know what Ascension symptoms and major life changes you may BE experiencing at this time.