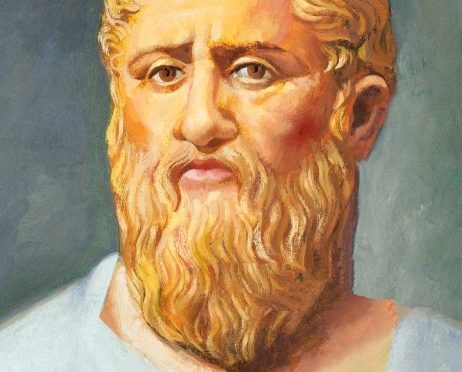 I am Plato the Athenian Philosopher, and I have been asked by Light Beings to speak to humanity today on their behave.

I was born and lived in glorious Athens, Ancient Greece a long time ago. Philosophers from different eras studied my work in written dialogues. I was fortunate and blessed to be born in a wealthy Aristocratic family, and to live until my early eighties of a human life.

Many historians have been fascinated by my name‘s origin of Plato, as my birth name was different. I am originally from the planet Plato a faraway star cluster. I arrived to Mother Earth as one of many other volunteers with the mission to enlighten the population and free them from the control of Dark Entities.

I was able to bring some significant advancements in the Ancient Greece, such as the Platonist school of thought and the first Academy of higher learning institution of Western world and etc. My purpose at this moment is to explain to you how important it is for you to understand, and to see that everything and everyone are connected in the Cosmos.

Light and Love spreads positivity and destroys the Darkness. The negative behavior brings only unfavorable results. A lot of your modern scientists, philosophers and inventors are suppressed emotionally and financially by the Dark Entities. They kept everyone for eons in illusion that there is no existence beyond Earth and that only life is on planet Earth. Also, they controlled all of development and growth of the human civilization.

Numerous planets are resembling and look like Mother Gaia, and some of them got destroyed by the corrupted souls, who first conquer the world they invade, and then they make the whole civilizations go extinct. Same destiny was carefully planned for this planet. Fortunately, the inhabitants here are going to stay safe, as you are protected by the Light Beings from out of space. The Collective Consciousness is also on the rise, and it’s getting close to reaching the critical point needed for Ascension.

In this part of the Galaxy every day millions of ships pass by. Eventuality in the future, the humanities advancement is going to surpass many other civilizations as a result of Starseeds, who carry immense knowledge, experiences and who live here on Gaia. All of you came from different Galaxies, Universes and Star Systems to rescue and save this world.

These negative entities are always trying to confuse and bring negativity to the Light community by sending misinformation on many subjects like that the soul can be switched during your sleep, no one can touch your soul. It’s one with Father, who created everyone, and you can also surround yourself with a special protection by asking Prime Creator. Another example, the Greys are not allowed to enter the Earth orbit, so they don’t have any bases here.

My recommendation please, listen to your soul and you are going to immediately recognize the truth from a lie. I am Plato, and I am delighted to delivery this message to all of you. Thank you.

You are the Knowledge and the Power.
Plato