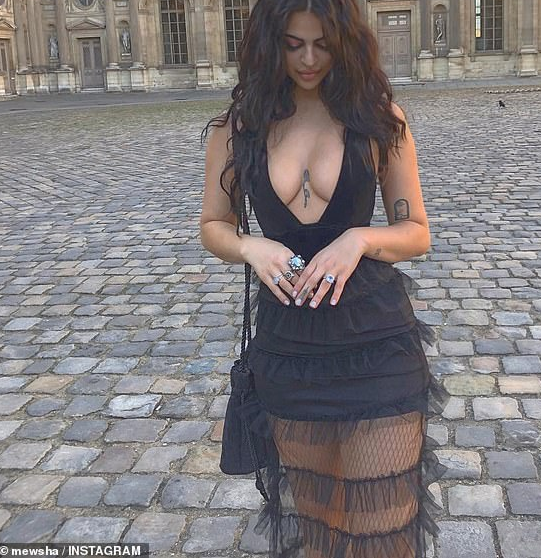 Here is the bedtime story you were never told, the fairy tale that isn’t in books, a massive chapter from our mostly-unwritten, hidden but essential history…

They didn’t need to force anyone to bow down. People simply followed because they had the greatest light at that moment, no matter how dark the times…

Actually it’s not that people even followed. They were carried like one is by a beautiful fragrance, and these women then showed others how to know themselves as a source of that very beauty they sought. It is all, always, within…

These women were Sexual Priestesses, also known as Sacred Prostitutes and a host of other titles. But they may well have been called Queens, or been given the name we would give to the highest spiritual authority. They didn’t need to wield power, they simply embodied it. For they truly understood it, and helped others remember that language. They did this through the forgotten path…the body.

In the age that I speak of, which was a very long time indeed and makes recent history look like the blink of an eye, these women ruled with complete grace. They were the Oracles of love and sexuality, and they embodied the wisdom and love of the Goddess in a time when the world began to need it very badly. The entire reason that female sexuality was so brutally attacked and targeted was to get rid of these powerful women, overturn the earth-based religions, and claim false power through what lives on as the world’s major religions today.

But there is a little secret you may sense deep in your heart, and that is that despite the destruction, abuse and shame we all still live with the legacy of, they didn’t succeed. It may seem like we were completely wiped out back then, but really we were just put to sleep. Really the Sexual Priestesses have just been dreaming their next vision, and are about to kiss themselves awake. Really, the Sexual Priestess is returning to the world…

Some of the original Sexual Priestesses were the Nymphs. They were female, immortal and fully enlightened beings. Their entire existence (in what I refer to as their Golden Age) was an experience of what we would think of as varying levels of orgasm. They existed around the world, in full communion with nature, and total embodiment of love. The Sexual Priestesses were women who shared that love with the world in that same legacy.

Contrary to popular belief, they didn’t all just see multiple strangers per day and make love to them…some did, but the path of a Sexual Priestess was as unique as she herself. Only she knew how she was meant to embody and share her love in the world. And how she chose to do this would often change at various times of her life and journey as well. Some had many lovers, some a few, some one, some none at times.

And some shared their healing and revelatory gifts through overtly sexual interactions and some through energy only, though usually their transmission was potentized through touch. After all, they had not forgotten that we are animals, and rather than thinking that was at odds with the spiritual, they knew that was most sacred of all.

Yes, there were people of other genders at various times who functioned in this sexual/spiritual healing capacity, but at the time I am referring to women were the ones who still knew and remembered how to share this in a very special way that was needed very deeply in the world…and it is needed again now. As women return to their Sexual Priestess within, it will radically change and bring healing to the world, and make room for people of other genders to access the Sexual Priestess within them as well.

But this is not the type of “healing the world” that is done to care for others while disregarding the self. This is something we will do because we want to heal ourselves, because we will be literally dying to blossom…unable to be shut in, by ourselves or anyone else, any longer. And when we let loose it will shake the world, and the overflow from our awakening glory will spill out and dust the entire world with waves of sparkling gold…with real, authentic love.

It is our time. We have the sacred balm. We have the hidden key. We have the secret answer the world is waiting for on bated breath. And it may seem like we were silenced before but we were just biding our time, waiting for the moment it was time to open our mouths again, and let the nectar of heaven pour out…let the honeyed petals of sweet release and the liberation of the soul, of love, return.

And just as I say in my book, The Oracle Within, it is only as what I call “The Great Remembering” gets underway that we will understand the gifts of “The Great Forgetting” that the world is just beginning to come out of. There is something even more beautiful and grand that will come as a result of the seeming loss, and reclaiming, of these sacred knowings.

If this all seems esoteric, I’d like you to know how I was a Sexual Priestess this afternoon. Knowing I was ready to write this (I’ve been writing it in my head for days,) but not feeling quite into the right space yet, I asked my body what it wanted and did all of that first. I laid on my back under my peach tree on the moss and looked at its pink blossoms.

I wore my favorite jeans and went to town and got a coffee while shopping for a new journal and some magazines I love, and then I went to the beach and wrote, and got lost in the waves, and let the glittering ocean soothe my soul. And then I came home, and let it all flood out of me. Being a Sexual Priestess is ornate, and rich, and there are some amazing practices and paths, but it’s most importantly about the little things…and the littlest thing that is actually grander than all the rest…listening to the body.

Love is there. Power is there. Beauty is there. Truth is there. Everything good and whole and real is there.