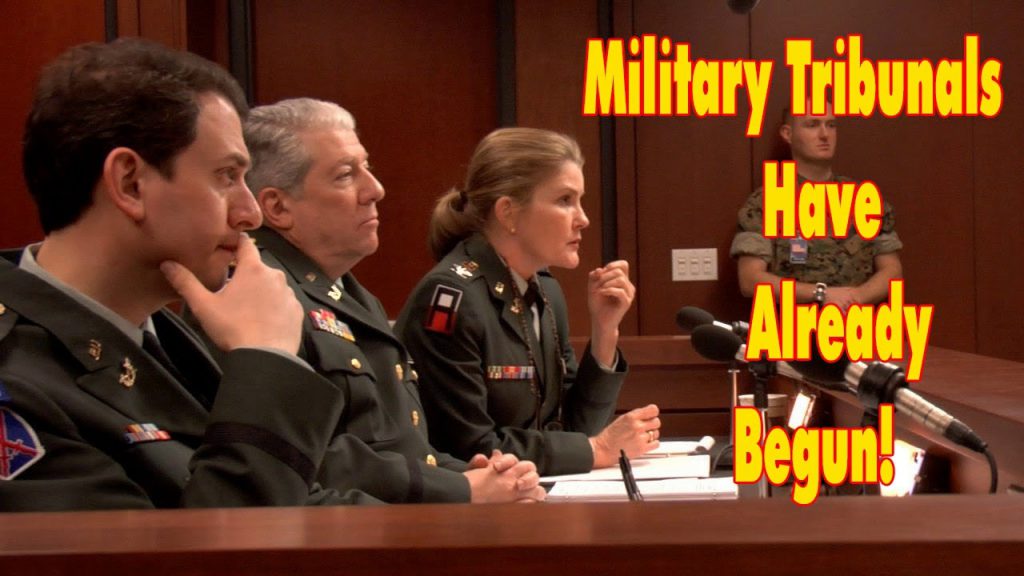 Finally we have some in-depth reporting of the military tribunals going on at GITMO from citizen journalists Linda Forsythe and Leonard Bacani.  They have also released PDF transcripts approved by the Department Of Defense (DOD) for release to the public. We The People are bypassing #FAKENEWS main stream media. Hopefully we will see higher echelon political names covered in these military tribunal reports and not low level minions.  This may be a testing ground to see how the public reacts to alternative media reporting on the tribunals.  It could also be a diversion while the big names are tried in secret, kind of like giving us breadcrumbs until GESARA is announced publicly. Interesting on how this plays out.

See below for the video update from C-Vine News.

ANNOUNCEMENT: During the next many months and years, C-VINE News will bring information to the public about the various Military Tribunal trials and pre-trials that are happening in GTMO – Guantanamo Bay, Cuba.

The interesting process for reporting on these trials will be covered by Alternative Media. Mainstream Media was not invited. Is this a new trend to come? We shall see.

This will be the first of many proceedings we will attend and is scheduled. Volunteer Citizen Journalists from C-VINE will be doing their very best to make our country proud to know that “We the People” have taken charge of how the News is reported.

This rapidly growing, grass-roots effort is exciting to watch as Patriots join together to MAGA.

All this and future Military Tribunal information will be released to the public after Department of Defense final approval & posted on the C-VINE.com website.

Surprising information was revealed when Leonard Bacani and Linda Forsythe (who are both Citizen Journalists with the C-VINE International News Network) reported on the Military Tribunals Live Streamed CCTV out of GITMO to Ft. Meade In Maryland. This was Part 1 of 2 covering the first day on 1/28/2019.

Critical To Watch! Part 2 of the GITMO Military Tribunal’s Are Revealing Games Are Underway to Take Away Our Constitutional Rights for Public Viewing by Trying to Set a Precedent of Closed Hearings Utilizing the Pre-Trial Hearings of Khalid Shaikh Mohammad et al.

Leonard Bacani and Linda Forsythe as Citizen Journalists of C-VINE News were able to view and report on these proceedings LIVE Streamed at Fort Meade Base via CCTV from GITMO.