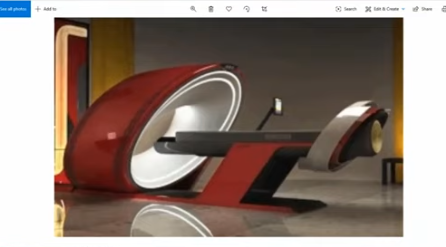 The world is about to take a giant quantum leap into the revolutionary ‘New Age’ of healing technology systems that will become an integral part of transforming the way our traditional medical communities heal and remedy the masses with plasmatic use energies and healing frequencies.

Can you dare to imagine at some point in the future of the world, hospitals will play a very different role, they will be fortified with many unique quantum technology devices; lasers and Med Beds; Big Pharma will be eradicated; this futuristic technology will promote longevity and humanity will be free of the masses suffering from strokes, heart disease and many other diseases that contribute to the evils of ill health.

The third leading cause of death⏤is hospital stays and procedures, and many are unwarranted.

No doubt, this is definitely one of the most profound technologies and said to have been used in the secret space program for over 80 years; imagine health care and maintenance so advanced that it can turn back the hands of time erasing the physical; mental and emotional scars and battles of the everyday traumas of life and aging process through the technologies of frequency healing and quantum devices.

They will arrive in the very near future, although exact dates have not been released yet. Tesla Technologies and Jarad Rand are two primary forces behind the Med Beds and said that the time frame of our abilities to utilize these modern-day free energy-based “Fountain of Youth” healing devices could start with the rollout as early as late 2021. More dire estimates say it could take up to ten years, depending on the environment of society.

So mind-bending are these medical advancements that can grow back missing limbs and organs within hours. Advanced medical technologies literally rejuvenate the DNA, RNA, cells, muscles, ligaments, bones, organs, senses, and systems within the human body.

Med Beds are the destination of perfect health and wellness, and civilization as we know it is now within that journey.

When this earth-changing re-atomization process known as “Regenerative Technology” is released to the public, it will reduce health care costs to nearly nothing at about 20%.

There is speculation of how much control the public investors will hold as there have to be measurements put in place to safeguard manipulation and greed. Remember, we’ve all experienced bouts with the weaponization of all things good and bad; deep state operatives exist in all industries.

The military-industrial complex once controlled and operated these patents, and many others, dangling them in front of us through their deep-state owned Sci-Fi and Hollywood movie productions.

There are said to be three different types of Holographic Med Beds, each one performing a specific healing modality as they will be used in conjunction with trained medical supervision, returning our physical bodies into the most optimal shape without having our organs removed, use of radiation and chemotherapy or being sliced and diced.

This also means that our bodies will be free of the dysfunction of disease and scars, we won’t need to be rehabilitated as our organs, bones, and all systems within our bodies will be fully repaired. It sounds too good to be true, but this is the quantum leap into the new Aquarian age of healing, and before long, every country around the world will be ready to receive its supply of Holographic Medical Beds.
@MedbedsTechnology