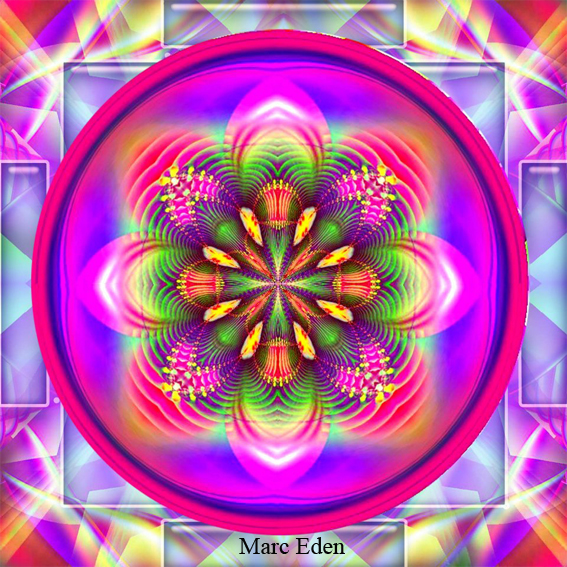 With loving greetings from all souls at this station, this is Matthew. Beloved brothers and sisters, please take a deep breath. Exhale slowly and let your hearts feel lighter. Now envision Earth glowing in golden-white light, then “see” people of all ages and skin colors joyously hugging each other and the animals in their midst.

You have just sent forth an abundance of healing energy to your world. We thank you and we love you!

Now then, media are reporting information about the coronavirus and continuously updating statistics of cases and death toll from its disease, Covid-19. Each death is a personal tragedy for affected family and friends, whose grief would be as profound if their beloved persons had died from any other cause. Every day many other causes are claiming the lives of many other persons who are dearly loved, many other families also are mourning their loss.

Compassion and empathy are inherent in the high vibrations at this station and sorrow is no stranger to Earth’s peoples. However, never before have there been heart-wrenching interviews with family whose dear ones died nor has isolation prevented goodbyes.

Never before have media aired films of medical teams in protective gear tirelessly working to save lives. Never before has the world heard sickness and death-number projections from infectious disease specialists or analysts speculate about a global economy in collapse.

While some of that is repeatedly emphasized to purposely evoke fear, factual information is being disseminated worldwide.

What is not publicized because it is known by only a few is that the intention of the coronavirus was to decrease the world’s population by billions. That will not happen because [galactic?] family members reduced the laboratory-designed virus’s potency to the greatest possible extent.

Now let us speak about something else that is not known, how soul contracts fit into this. Deaths of the elderly are in accordance with contract choices of longevity and cause of the physical body’s loss of viability.

Contracts have a degree of flexibility regarding exact life span as well as the terminal illness, and these souls fulfilled those provisions by contracting a disease to which they were particularly vulnerable due to prior health issues that themselves soon would have been lethal.

Some of the younger people who have succumbed also had fulfilled contract provisions and others amended their contracts in conjunction with all others in the pre-birth agreement. In the latter cases, it was known at soul level that the persons could more effectively help the world from Nirvana, where they can beam light to the planet more powerfully than they were in physical bodies.

By no means does that imply that light being generated on Earth is weak—it is stronger, more intense, than ever before!

The persons who chose to amend their contracts did so because it also was known at soul level that fear and depression had seriously dimmed their light. They were stuck in anxiety about loved ones who were dealing with some adversity, their own unemployment prior or due to the virus, current or looming financial straits, or preoccupation with dire “what ifs.” Not only did that mindset negatively affect their immune systems, but more so, by choosing to uplift life on Earth from your spirit world, these souls leaped forward in evolvement.

Younger people who did not leave via amended contracts will enjoy in Nirvana all positive experiences they missed; if any hardships had been chosen for the purpose of achieving balanced experiencing—the goal of every soul in every lifetime—credit will be given automatically. As the coronavirus continues to spread, those same contract provisions or soul evolvement will apply to all who transition due to the disease.

It is the same with all others who chose Earth lifetimes of any duration during this unprecedented era in the universe. Thus there is another factor in Earth’s overall death toll. Many souls have embodied, whether briefly or for many years, to complete third-density experiencing and evolve. Most chose to live in substandard conditions that severely compromise the body’s ability to withstand any disease, and, if not Covid-19, another malady would be fatal.

Now to answer your most frequently-asked questions. We don’t know when the virus will be vanquished. In Earth’s energy field of potential there are innumerable streamers with disease attachments—these are not emanating from each individual, but rather those are combined into dense clusters from areas all over the world.

At this moment a few streamers are losing strength; some are slowly gaining momentum; and many are gaining rapidly. What we cannot determine in the field, much less in linear time, is when all of those streamers will weaken to the extent that they will be overcome by streamers with the high vibrations wherein microbes cannot exist.

No, emissions from 5G devices are not spreading the disease—its highly-contagious nature is doing that. However, people in areas where that technology is in use are more at risk because the emissions compromise immune systems. Universal family members are reducing to the extent possible the harmful effects of those emissions.

And no, dear ones, other civilizations cannot intervene and stop the spread of the virus. Not only are they not authorized to take charge of a situation that you yourselves are handling, but conditions in your world are not safe for crews in your skies to land or those living among you to disclose their identity. Even national leaders who know those extraterrestrials will not publicly acknowledge the existence of other civilizations.

But, if one of your universal family members were asked to describe what is happening on Earth, it would be “people are helping each other.”

You are seeing this in the courage and exhaustive dedication of medical professionals and first responders around the world. Leaders in villages, regions and countries are issuing wise guidance to keep residents as safe as possible. Individual acts of kindness, the sharing of resources, business closures, and masses observing common-sense directives to stay at home are stemming the tide. Governments are financially assisting citizens who are incurring extreme hardships.

You are seeing improvisation and innovation coming to the fore. Field hospitals are being erected to supplement hospital rooms; companies are foregoing or adding to standard production lines desperately needed supplies for medical staff and patients; homebound individuals are fabricating masks and gowns; countries with surplus are providing to countries that lack.

There are online studies for students whose schools are closed. Comedians are performing from their homes and concerts with musicians participating from their respective homes are being aired on television.

People young and old are finding unique ways to express gratitude to all who are serving in the trenches: doctors, nurses, other hospital staff, and medical personnel who came out of retirement; police and firefighters; teachers who are devising online classes for their students; pharmacists, newscasters, trash collectors, plumbers, electricians; farmers, grocers, food-bank operators, chefs, delivery folks; veterinarians, employees and volunteers at animal shelters; national military forces helping in numerous ways.

Others may have slipped our mind, but not the minds of all who are so very grateful for the services and stability those individuals are providing during these troubled times.

“Social distancing” is offering the opportunity for parents and children to be together as well as time for introspection, meditation, prayer and appreciation of the goodness and beauty in your world.

It is so that anxiety, grief, confusion and finger-pointing are part of today’s world, too. But in far, far greater measure are optimism, hope, caring about and assisting others, and unified determination to keep on keeping on until this virus is conquered.

This unified spirit, the countless acts of kindness, multitudinous methods of assistance and expressions of thankfulness are love in action. This is why the light on Earth never has been brighter and why the aftermath of this pandemic will bring about the healing of society’s deep wounds caused by rampant unjustness, deception and divisiveness.

Many speak about “when things return to normal.” “Normal” will not return. Your world is destined to be and will be dramatically different, incomparably better. It is not laws or money or technology that will make the difference, it is the will of the people and the ranks of lightworkers have increased ten million-fold. As an aside here, my mother would say gazillion-fold.

Social, economic, religious, political and cultural separateness will give way to peaceful cooperation and mutual respect. Darkness in all of its diabolical forms will come to light and those who are responsible will be held accountable.

The transition of the global economic system—computer transactions that let the wealthiest few control all others—to a system based on precious metals will be done as smoothly as possible to alleviate further disruption in commerce and trade. The Illuminati’s illegally and immorally amassed fortunes will be retrieved and distributed to end the unconscionable disparity between the haves and have-nots.

Suppressed technologies will come forth and be conscientiously applied to energy, medicine, manufacturing, communication, agriculture, transportation and environmental restoration.

The dangers of vaccines and 5G emissions will be exposed; the former will be eliminated and devices using 5G will be redesigned so as to prevent harm to your health and the planet’s. Many millions will be employed in rebuilding cities in ruin and replacing decaying infrastructure.

What was intended to devastate the populace has instead resulted in a unified desire to create a better world. As efforts move forward in your concept of time, your mission in this lifetime already is triumphant—that glorious world you are helping Earth’s people manifest is flourishing in the continuum.

Beloved family, we honor and support you with the power of unconditional love.