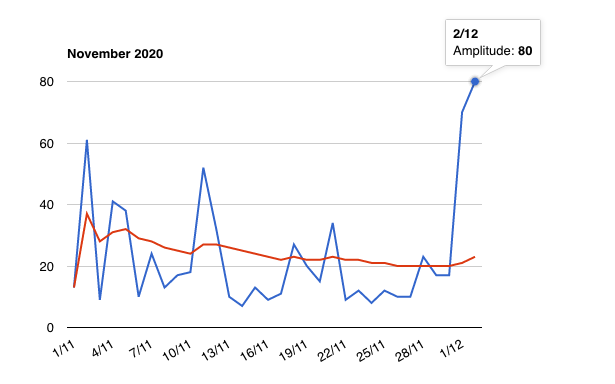 Here is the latest from Apollo, November 30, 2020: “Make no mistake, the war between the dark and the light is over. The positives and the negatives have been canceled out. It is time to leave the old. There are a few stragglers who have not gotten the message but I am telling them loudly and clearly, it is over! They are done! They are off to some other place because the earth is finished with them! We have all had enough. I make this pronouncement and it holds. Our Creator has spoken. All obstructions are cleared. The New World is ready for those who can rise in consciousness and who will be able to allow and live in the Golden Age and the golden light. Welcome!”

November 29, 2020, “The gateway to a new tomorrow is opening. Things will never be the same on Mother Earth. We are preparing our landing craft. All systems are ready. The dark have lost their grip. There is much cleaning up to do. Completion is at hand. As above so below. The light is blasting through. The total cleansing of the planet is going on in a very big way. Look out for the debris! Humanity is in for a huge awakening. Say goodbye to the dark forces of evil. You are ascending and you are free!”

Twenty-five years ago, when I first started writing on the Internet for the ground crew, we mistakenly thought that we were ready for ascension. Reflecting back, it is obvious that we had to go through much more. We were told that when the Schumann Resonance reached 12, we would be in the null zone, zero point. The Schumann Resonance measures the heartbeat of the planet. At that time 7.8 was normal. This past year, or more, it vacillated all the way up into the high 90’s and has been hovering recently around the mid-teens. It is interesting to note that as of this writing on December 1, 2020, the Schumann Resonance is at 70!

We are in the null zone of the photon belt which comes around every 26,000 years. Just think about what we have learned since the mid-nineties and how much more aware and awake we are right now. This 2020 year has been the most challenging for most people. It is the great awakening.

There are forces of dark who would like to prevent the awakening by using lies, censorship, mind control, physical force, chemicals in the sky, vaccines, prevention of human gatherings and connection, and by polarizing friends and family. Many lightworkers have been taken off YouTube and other bringers of truth have had their platforms attacked. We have to remember that none of this will work. Censorship is like putting a blanket over the sun to prevent the light. The light is for our enlightenment and cannot be stopped. Light is information. It is far more powerful than any of the means the dark forces are using to prevent the ascension.