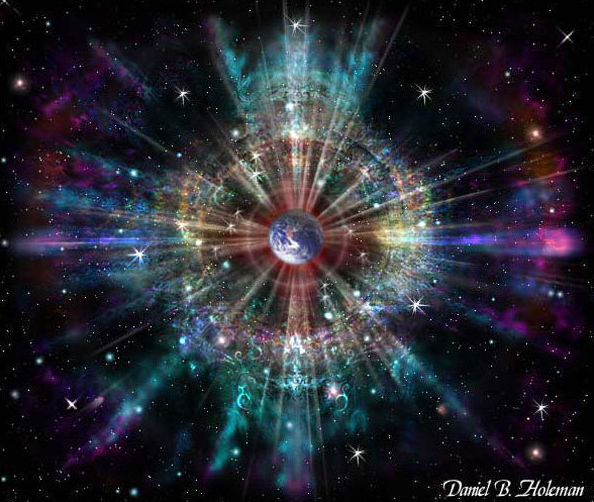 It is with Love and Light that we greet you dear readers, you who are paving the way for the those prepared to awaken. You are guide posts for the many now questioning the status quo and searching for answers. However, most are seeking these answers from the old belief system that holds nothing new or higher.

Opportunities for love and service are increasing as many suffer physically, mentally, emotionally, and spiritually. The collective consciousness has begun to shift beyond beliefs that are rapidly becoming obsolete. Because the majority as of yet does not understand what is taking place, they can only interpret current events in terms of good and bad (duality), often viewing change and the disintegration of what is familiar as being bad.

Accept that it is a time in which every one (if they choose) can evolve to a higher level of awareness. Many still consider the idea of ascension to be an interesting topic for discussion, not to be actually taken seriously. In many ways the world may look the same, but it is not. The old is completing its usefulness and as more awaken they contribute to the higher resonance that will replace it. Stand back and observe rather than fretting and worrying over appearances. Know that the “train has left the station”.

All there is is God. Ask yourselves; “Do I really believe this or is it just a comforting concept in my mind?” All life, substance, and idea is in and of Divine Consciousness for nothing else exists. Human eyes interpret Reality through the level of their attained state of consciousness which for the vast majority still consists of low resonating and false third dimensional concepts and beliefs. There is nothing but God–Omnipresent, Omnipotent, and Omniscient Divine Consciousness.

Your very bodies are made of Light. What the human eye sees is a material physical sense of the Divine qualities embodied within the Light body. As you attain the realization that there is absolutely nothing outside of Divine Consciousness, the illusory creations formed of duality and separation consciousness begin to fade out of your experience for you will no longer be creating them.

You are ready and must begin to accept and identify yourselves as a Divine beings rather than as Mary, Joe, or Bill. As long as a person continues to identify with a concept of themselves and all the problems that go with being physical, they will continue to experience that belief.

There comes a time in which one can no longer continue to live with one foot in both worlds if they are serious about their spiritual evolution. The choice must be made–“Do I really believe the truth I have learned or do I want to continue thinking of truth as being a nice concept that is too impractical for actual living?”

You all chose to be on earth at this time, well aware before coming of how energetically powerful these times would be. You brought with you your whole list of things needing completion and release rather than just the one or two issues usually brought into a lifetime. You wanted to be able to ascend with Gaia into the higher dimensional frequencies and knew you would not be unable to carry any still active old energy with you.

In order to integrate the Light frequencies of higher consciousness, dense energies still active in cellular memory or in the present must be cleared. This is why many of you have had many intense experiences in this lifetime and wondered why. You are doing a lot of inner work at night as well as throughout daily living and are doing it more quickly than ever before.

Not all were allowed to be on earth at this time, for it was known that it would be a powerful time of change and spiritual evolutionary experiences for Gaia and those upon her. You wanted to be a part of it and knew you had already attained a consciousness level that would be able to assist the process.

Learn to live in the now moment, rather than in the human state of continuously plotting and planning for the future or regretting the past. When you dwell upon the past or the future, you are in the illusion for the only time that exists is now. As you do your best, living up to your highest sense of truth in each now moment, that moment becomes the now and you begin live the awakened life.

We are not saying to ignore events of the past that need to be healed or addressed in some way, nor are we saying that the ordinary planning required in three dimensional living is not necessary. What we are saying is that spiritual living is doing what you are guided to in each now moment which very well could be making plans of some sort but doing it without attaching power for good or bad to the outcome.

You are in charge of you. In your quiet time state your intentions (In the presence of my Higher Self and my guides, I choose…) but never make intentions for a particular person or experience to be your concept of how it should be. Rather let your intentions be for the highest good of self and all involved. Example;” I choose to find employment that most closely resonates with my energy and where I can serve on a high level…” Then let it go. Intentions are always heard for they are self speaking to SELF.

The concept that love is always accompanied by emotion is the three dimensional concept of love. All love is in and of God. It is the energy that flows between the many within the ONE. Human beings in and of themselves do not have love to give. Only in the degree that a person allows God’s love to flow through them can he/she love. As a person evolves and their consciousness fills with Light and truth, the person automatically becomes more loving because Consciousness is always expressing, there is no unexpressed consciousness.

Give up expecting and looking to others for love or appreciation and seek it from the only place it exists–your own Divine Self–allowing it will then flow to you from where you may least expect it.

In difficult situations where you are simply unable to love some person or persons who have deeply hurt you, don’t try. Don’t struggle and attempt to personally feel love in the belief (three dimensional concept) that in and of yourself you have love and forgiveness to give. Simply stand back from the situation, let go, and allow God to love through you.

Unconditional love is the realization everything exists within the ONE and therefore every person is a Divine Being in spite of appearances to the contrary. The recognition of another’s Divinity can lift them out of their personal illusion if they are receptive. This is true healing and is how Jesus did his healing work. When you attempt to “heal, change, or fix” someone, you are coming from the belief of separation, that they are not Divine beings– the myth of “original sin”.

Let your first step when interacting with others always be a silent recognition of their divinity, then proceed to take whatever human footsteps you may be guided to take in accord with the situation and the consciousness level of the person you are trying to assist. There may be times when you must use harsh words for a person only able to hear in that form. However, if the words are prefaced by your silent recognition of the other’s Divine nature, they will flow on a higher level than if they came from separation.

Teachings of Oneness are often misunderstood to mean that all human beings are equal. In Divine Reality they are, but in the third dimension they are not. Many states of consciousness exist and continue to express within the belief system of duality and separation that exists on earth. Oneness must be understood as being a spiritual reality–the Oneness of the many ( all life forms) within the ONE Divine Consciousness called God which is all there is.

Each truth realized and lived automatically becomes your state of consciousness. Many of you are beginning to notice a synchronicity and harmony in daily living that was not previously there and which you did not consciously plan. Your years of spiritual study and practice are quickly becoming your attained state of consciousness.

For those of you who do energy work, always remember that you are a tool, the gentle breeze that is helping to clear the energetic residue of present and past lives in order to expose an already present reality. “Healers” who hope to work on a high level must attain a state of consciousness that knows without doubt that their “patient” is already complete, perfect, and whole, that they are simply brushing away the fogs of illusion that the person in ignorance allowed to settle over his reality.

Today’s powerful energies are dissolving fear, becoming the impetus for many to complete, act, or do something that they have been afraid to do. Accepting and embracing one’s personal power means no longer being afraid to love, to do, or to be, and allowing intuition to guide in spite of the opinions of those around you.

It may manifest as having the courage to start the business you have dreamed of having, going back to school, or quitting the secure job you hate and replacing it with one that may seem less secure but you love. It means speaking up for yourself and no longer being a doormat for the expectations, rules, and concepts of others.

Empowerment does not mean that you disregard all common sense or refuse to take the human footsteps that may be important in some particular circumstance but rather it means that you allow your intuition and inner “knowing” to lead the way rather than putting your trust in the concepts and beliefs of persons and the three dimensional collective.

The high frequency energies now pouring onto earth are pushing everyone to look within. Most of you are now at a level where seemingly innocent beliefs hiding in the corners of your consciousness are being revealed. You are “fine tuning” the state of your consciousness as you begin to understand what many seemingly innocent beliefs actually represent.

As an example, in our last message we spoke of revenge. Revenge is often thought of as killing another or as intense actions of retaliation. However, the energy of revenge can be very subtle with tentacles that reach into all facets of ordinary life such as being happy when another falls flat on their face–physically, emotionally, mentally, or even spiritually because you believe that they deserve it.

We are not saying that you can no longer engage in a bit of fun with others, laughing with them rather than at them when they or yourself fall flat on your face, but we do say that at this point in your journey you must become very clear and honest regarding the intentions behind your actions.

Allow the process, go with the flow, and trust that all is proceeding according to plan.We are the Arcturian Group via Marilyn Raffael. www.Onenessofall.com