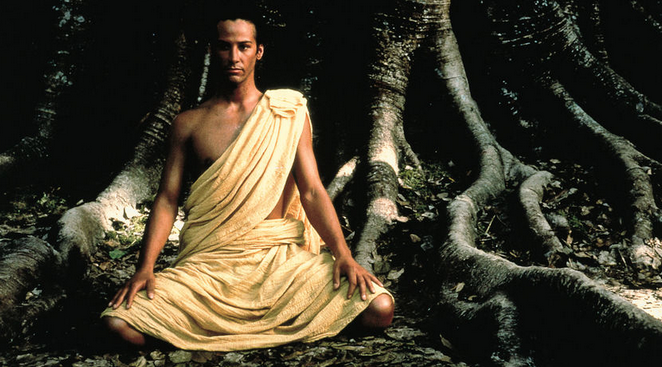 PATHWAYS OF THE ENLIGHTENED ONES

At the end of all development lies emptiness. Everything becomes one and all separation is reversed.

The enlightened one realizes that every being gathers their unique experiences and doesn’t want to be disturbed or influenced while doing that.

Even active compassion – which means letting people be part of enlightenment – disappears in the enlightened one.  So he has the choice to be silent and not interfere, or to speak and provide others with the living example of kindness, compassion and love.

I once chose the path of active compassion! After becoming enlightened, I didn’t want to get on board to be shipped to the other side. No, I wanted to stay with the people as a present SUCHNESS-living Buddha.

AND SO IT HAPPENED,

that I stayed on earth among the people.

Enlightened ones have the choice to either immediately cross the bridge to nowhere and immerse in the big nothingness, or to remain on earth as Bodhisattvas to bring people close to this bridge.

Enlightened ones spark the memory in people and can do so in various ways. At the end, however, there is always nothingness, being; free from earthly illusions and far from human conditionings.

Today human beings awaken, and there are enlightened ones among you so that more and more people can become part of this process.

The walls of ignorance must be torn down so that the bridge of awareness becomes visible.

I am amongst you until you have completed this task, and until you yourself have reached completion.

For it is not about crossing the bridge into nothingness, but about one day standing in front of this bridge and having a choice.