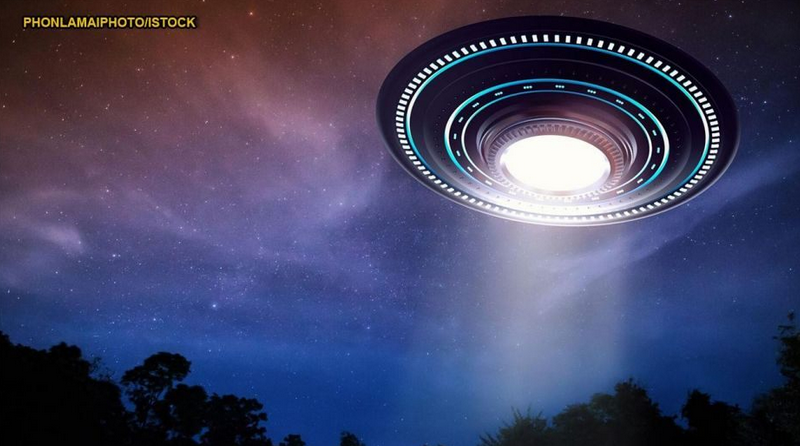 Immediately after the 21st Century commenced the world appeared about ready to make a dramatic leap forward, with the announcement that ET’s were intending to show themselves as part of First Contact, and it was planned to make numerous fly-overs all over the world with their craft. That event never took place and in accordance with instructions from the higher command of the Galactic Federation, it was seen that it would not have been an appropriate time for such an event. Consequently although First Contact remains to be officially carried out, naturally other events have continued to unfold, and in general terms you are clearly much more informed and aware than previously. The fact that the dark Forces have since developed their own technology sufficiently to have their own interstellar craft causes confusion, so sightings are generally looked upon as being off world.

Many years have since passed, yet First Contact remains strong and is still to be part of your evolution. Meeting your brothers and sisters from other worlds and dimensions will be a prelude to learning the truth of your history and your future. You are so near to the “Event” and already there are early changes taking place that will eventually lead to your ascension. You are all greater souls than you have been led to believe, but the truth cannot be held back indefinitely. It was long, long ago that the Annunaki were your Masters when you were not much more than slaves to them and worked accordingly. However, that phase has long passed and you have gradually evolved and become more aware of your true selves. In truth in time you are to be fully returned to your angelic state that you were before you elected to drop down into the lower vibrations for a greater experience.

Understand that at no time have you been left without help or guidance, and every opportunity is taken to ensure that you progress in accordance with your agreed life plan. Guidance is most important at this time as in real terms there is little time left before things start to take off, and we do want you to be totally prepared. There are certainly many distractions at this time as the changes do not come easily, but come they must and as matters settle down you will be that much nearer the final events that lead to your ascension. You of course knew beforehand what was coming if not necessarily exactly how it would take place. Knowing that it would be the first time ever that souls would ascend in their physical bodies, and it was considered by you as a most exciting prospect that you did not want to miss.

Meantime you try to understand what is happening upon Earth, as it is the most chaotic time since the last wars. The changes are being led by the young people who understand what is needed to move mankind forward. It is a painful process because those in authority have little or no idea what powers the movement for change. Change will come and clear the way for a greater future and the fulfillment of predictions made for this period. Heaven stands with those who know what is required to move on and strengthens their hand. The destiny of Man is written in stone with God’s blessing and no mortal shall be able to change it.

Meantime, keep a level headed approach to whatever you may do, and all will work out to your liking in the end. The future is planned because of Ascension. but it is up to you which path you take to reach it. From a personal point of view work towards your own goal and remember that at this particular time it is most important to you. As time passes you will find that things will become easier for you, as the vibrations lift you past the point of challenges that may come your way. You are living the chance of a lifetime that is not to be missed. Indeed all will become clear in good time as your consciousness continues to expand.

You have come so far in your present incarnation and have been given every opportunity to make fast progress. Do not worry if you wander of course, and simply adjust and carry on with your determination to be successful on your path to a higher level of evolution. Everything you need is within your reach, and we are cheering you on knowing that you do have the ability and experience to succeed. Enjoy those quiet moments when you can contemplate your future and decide what you want from life. Many opportunities are being opened for you and very soon you will get much assistance and advice to ensure your success.

Your evolution has been tied in with the animal kingdom who over a very long period have provided for you even to the extent of giving up their lives. They too are evolving and progressing because of their close link with humanity, and have often suffered extreme treatment at their hands. They are aware of the sacrifices that they had to experience but through them have also evolved as a species that agreed to help you. Although they have experienced abuse and cruelty, through it have earned the reward of better lives ahead.

Animals have a group soul except for those that have become domesticated through contact with you, and become individual souls. Things no doubt seem at times without any plan for their evolution, yet all sentient life forms have the potential to make progress. When you think of the love, trust and affection that some animals have for humans it is obvious that they have had prior contact with them. Love is the answer and the energy that can move mountains, heal the unwell and bring peace all around. When all else is removed all you have left is the great love of the Supreme Creator, the Fountainhead of All That Is.

I leave you with love and blessings, and may the Light brighten your days and path to completion. Every day you move nearer to the completion of this particular period, and as they pass your consciousness also grows. This message comes through my Higher Self, my God Self, and every soul has the same internal connection with God.