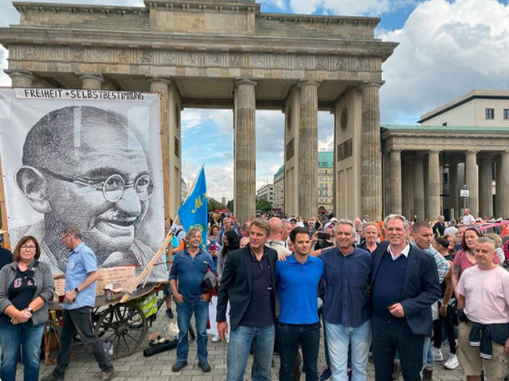 Tomorrow (29th August in northern hemisphere) there will be a HUGE protest in Berlin against lockdown.

Up to five million people are expected to attend the protest which will last until the government falls – they hope within five days. An airline is flying in people from around the world.

Robert Kennedy Jr is in Berlin now to attend the protest. Watch his emotional speech from Berlin in this tweet…

In this tweet, Robert Kennedy Jr describes his upcoming speech to ‘the biggest crowd in German history’…

A German Anon gives background to the protest in this message…

Wow! This is the start of the Great Awakening. Remember – Where We Go One We Go All. Germany starts it and the rest of the world will follow. Congratulations to German Light Warriors. We salute your courage! God bless you.

Where We Go One We Go All.