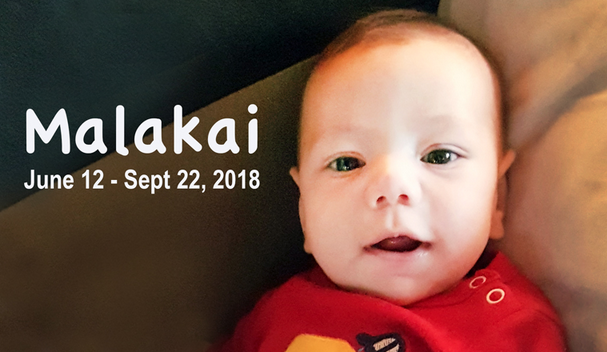 We got to be able to see and face darkness cause  too much Light will burn us.While this website is dedicated in bringing feelings of Joy at all times this is a post that goes towards all parents that i have been expressing my concert about vaccinating their children without any result.Here is the story of Malakai that is now sitting next to The Angels.

Matthew and Angeline Le Grangeof South Africa recently lost their youngest son, Malakai, to eight vaccines on September 22nd, 2018. He was only three and a half months old. Malakai was a vibrant, happy, and healthy baby boy leading up to his 14 week doctor’s appointment. Within a day of receiving his last round of vaccines at this doctor’s visit, he died.

No family should ever have to bury their child as an outcome of the destructive path of vaccination. Vaccine death stories from shattered families worldwide continue to be expressed, shared, and shouted from every corner of the world, and we have over a dozen vaccine death storieson this website alone. Please listen. Please hear their truththrough their agony, grief, and tears. The pain of what these mothers and fathers have endured is unfathomable and unbearable, yet these selfless broken-hearted parents offer their tragedies as a cautionary lesson to anyone who will listen and heed their warning.

The Le Grange’s share their raw painful experience and horrendous tragedy in their own words below, followed by a question and answer exchange.

Malakai Le Grange was born on the 12th of June 2018 at the Pretoria West Hospital in Pretoria, South Africa, weighing 4.1kgs (9 pounds, 4 ounces) and measuring 55cm (21.65″). Our healthy big boy was breastfed and growing fast. He had a bit of colic, but other than that he was full of smiles.

On the 21st of September, he was taken to a Dis-Chem Clinic for his 14 week check up and vaccinations. He was given the Rotavirusorally, PCV (Prevenar 13)in his right thigh, and a third dose of the Hexavalent (DTaP-IPV-Hib-HBV)in his left thigh.

The nurse instructed Angeline to give him a dose of Calpol3.5ml when we returned home. Angeline was alone with Malakai when the nurse gave the injections; the nurse was quite rough as she pulled his legs to inject him and she manhandled his body.

Roughly two hours after Malakai got his injections, Angeline gave him a 2ml dose of Calpoland he was closely monitored as he wasn’t himself. We considered this normal as our first born son, Zachariah (20 months old), was usually groggy after getting his vaccinations done.

Malakai stayed up a bit later than usual that night and we played with him. He had just started shouting and laughing, so we entertained him, tickled his toes, and enjoyed his new giggle and noise. At around 3:00 a.m. on the 22nd of September, he had his last full feed from mom. Matthew woke up at around 4 a.m. and slept on the couch when Malakai had woken up for a demand feed. At around 6:45 a.m., Angie woke up feeling something in her womb and knew something was wrong. She noticed Malakai wouldn’t wake up and wasn’t breathing. Then I rushed Malakai to Matthew, and he immediately tried to perform CPR, and noticed his lungs were clogged up.

We got in the car and drove as fast as we could to the nearest hospital which was a few kilometers away. We took Malakai to casualty and the doctor and nurses urgently tried to resuscitate him. After what felt like days, the doctors came in and told us that they have tried the best they can, but at this point there hasn’t been enough oxygen in the brain for a while now and they must stop. They called his death at 08:10 a.m. September 22nd, 2018.

The nurses allowed us a private room to say goodbye to our boy while they called for the coroner and the police to remove his body and open a police report as they said his death was unnatural.

There was a miscommunication between the police and the hospital, so we waited in that cold room with our son for almost four hours. We held his little hands as they went ice cold and stiff. There were tubes coming out his mouth filled with blood and mucus.

His body was removed and had to be taken for an autopsy to establish the cause of death. Our lives had been destroyed. We lost our son and we still had to be strong for our first born who was watching his mom and dad break apart. He kept asking for his brother Kai.

Matthew went to identify Malakai’s body at the state mortuary. The pathologist wanted to speak to him in private. She first wanted background information on the pregnancy and asked him how long was the baby sick for. She sounded shocked when Matthew told her he was perfectly fine before the vaccinations. She hadn’t found the cause of death, but she found swelling on the brain, a build of fluid on the brain, and found contusions on his lungs and they were heavily congested. She had taken all the necessary samples and had sent them away to the lab. Matthew was then led to another room to identify him.

Matthew: I looked through a small glass window and there was my boy, wrapped in
state hospital blankets. He still looked so peaceful but his lips were purple. The pathologist was kind enough to cover up the parts of his body that she cut open for the autopsy. I just saw his face; I saw my own face and my wife’s face there too. No father or mother should see their child that way.

An investigating officer contacted Angie and took her statement. He was going to get all the statements and get the investigation sorted out as soon as possible. But he did warn her that the blood results and other samples taken, could take up to nine years to complete as there are problems with the forensic department in South Africa.

Almost a month later, our lives have been torn apart, dealing with the trauma of trying to resuscitate our dead son. Identifying his body in the morgue has caused us a lot of depression and fatigue. We’ve been getting in touch with a lot of moms who also recently lost a child due to “SIDS” or unknown causes. ALL of them lost their children within 24 hours after receiving vaccinations. We try and help them get through each day if possible, but we ourselves struggle each moment, wondering if our lives can ever return to normal.

Malakai was a healthy baby before his injections. We took a videoof him that night before he passed away and you can see him lifting his body up and laughing with us. Seeing his body lifeless has made us feel like we are going crazy.

Q&A with Matthew and Angeline:

Q: Were you aware of the risks of vaccinating prior to Malakai?

Le Grange’s: We had heard some information about vaccines being harmful to children. When Zachariah, our oldest, was born I tried to stop the midwife from giving him injections right after birth, but she informed us both if we refuse the vaccine we cannot leave the hospital with the baby. We had no idea up until now when we are actually researching what they are giving to our babies.

When Zachariah had his earlier injections we would notice he would be uncomfortable and irritable immediately after receiving them. We thought this to be normal as we are told most children behave this way after vaccinations.

Q: Did your doctor provide you with the full vaccine package inserts which shows all the risks, contraindications, and extended info? And/or did the doctor offer any information about the risks, including death to vaccination prior to your son being vaccinated?

Le Grange’s: We weren’t provided with any information. After his death, I had requested that clinic send me the package inserts and they have still not provided me with them. I have obtained online copies of them.

Q: Have you received the autopsy results yet? (Brain swelling (encephalopathy) is listed in the vaccine adverse reaction list on many of the inserts.)

Le Grange’s: We haven’t received the official report yet and the cause of death is still under investigation. Due the back logs with the South African forensic laboratories, we could wait up to 9 years for the toxicology and histology results.

Q: What advice or recommendations do you have for other families and parents?

Le Grange’s: I would advise them to do thorough research on vaccines and any medications any government wants to give out to its people. Don’t be intimidated by society shaming you for wanting to know more information or deciding not to give vaccines to your children. We have paid the highest price by blindly following instructions from our country’s health care system.

Q: Is your older son up-to-date on his vaccines? Since Malakai’s passing, are you continuing vaccination plans for your older child and your household? And if so, or not, why or why not?

Le Grange’s: He is up to date on his vaccines and only needs one at 6 years old and 12 years. We are not going to take him for those vaccinations as we believe these vaccines are not necessary and they have not been properly tested enough to be given to any human being. Losing our son has made us even more protective over our first born and we definitely will not continue them. The risks of giving these vaccines far outweigh any good that can come out of it.

Q: Are there any programs in South Africa to report adverse vaccine reactions/injuries/death? Is there any accountability or liability for the doctors there? (In the US, we have the National Childhood Vaccine Injury Act (NCVIA)that was passed in 1986 releasing liability from the vaccine manufacturers.)

Le Grange’s: Yes, we can report adverse reactions in South Africa. However, from a legal point of view, we cannot even try and take the clinic or vaccine company to court as no lawyer will assist us. Almost every firm we have approached tells us that the legal costs are too high and they will outweigh any compensation given, if any.

Le Grange’s: Since our Malakai passed away we have met a lot of beautiful people that helped us work through the first few weeks of trauma and we are really grateful for that. We have also been in touch with a lot of moms from around the world who have also lost their babies within 24 hours of receiving a vaccine. Something is wrong with all these healthy babies dying. It’s not rare or uncommon this is happening every day. Our children are dying. We have to save each other.

May Malakai’s catastrophic story and short-lived precious life raise awareness and open hearts and minds to the grave reality and regularity of vaccine-induced deaths and injuries.

Please leave your condolences below for the Matthew and Angeline and hold them in your heart as they continue to mourn their son, Malakai.