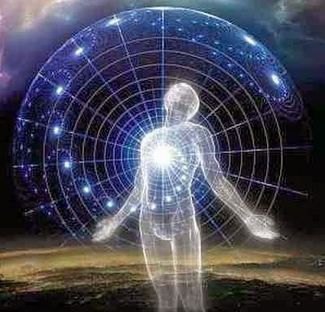 Dear ones, welcome to our message. Many of you find yourselves confused, depressed, and even entertaining the sense of wanting to give up and go home. Yes, give up, but let it be a giving up of fighting, resisting, and fearing three dimensional illusions. Old, false, and obsolete creations are sustained through the energy of belief in their reality.

We are not saying to stick your head in the sand or pretend all is well while shouting; “God is all” in the presence of some disaster, for this would be pretending a state of consciousness not yet attained. In the absolute everything is perfect, but most have not yet attained that level of awareness.

The mind is an avenue of awareness that draws its interpretations from the state of consciousness of the individual or collective. As mankind evolves, the outer scene automatically also evolves. Everyone is a creator regardless of their attained level of spiritual awareness because the core essence of everyone is Divine Consciousness.

Good humanhood is no more real than bad humanhood. So don’t overly rejoice or regret in outer appearances for both are illusory concepts of a bigger reality. Know that good appearances have no good in and of themselves but represent a deeper reality. Seek the reality that is expressing as the good. The bouquet of roses is not good in and of itself, but represents life, beauty, perfection, caring, love.

Appearances that reflect duality and separation have no law to support or maintain them other than the energy they are fed through belief. It is time to stop feeding them with energies of fear, resistance, attachment, denial etc. You have been preparing though lifetimes and are now ready to do whatever needs to be done personally or globally from the higher levels of awareness you have attained.

Some of you have been discovering new ideas for art or science. The higher frequencies of Light now flowing to earth are allowing many individuals to re-access knowledge and abilities they were forced to shelve long ago when the energy of earth became too dense to support them. Healers especially, are starting to remember ideas and techniques involving color, sound, oils, crystals, and more that they themselves once used in ancient temples of beauty and healing.

We wish to speak of allowing. Most of you have read books and listened to channels teaching you to love everything which is a very high resonating truth. However, trying to do this has resulted in confusion and consternation for many who simply cannot understand how to love the negative experiences that they themselves and others have had or are presently undergoing.

The three dimensional collective holds very narrow ideas of what constitutes love. You have all been programmed through many lifetimes to think of love as an emotion involving some person or persons, places, things etc. This limiting definition of love still resonates in the consciousness of even the most spiritually evolved making it impossible to love everything that arises and creating a dilemma for the serious student of truth.

God has and never can express ITself as pain and suffering or lack and limitation for these things are not embodied in Divine Consciousness. Attempts to love something strictly from a human sense of love
is very limiting because it ignores the deeper reality.

Unwanted experiences usually appear when you are ready to shift to a new and higher spiritual level because they expose some old belief you are still in alignment with and wouldn’t address otherwise. Allowing removes the burden of struggling to love something you do not like.

Allowing is accepting whatever arises from your highest level of spiritual awareness. You will find that the issues plaguing you, others, or the world, begin to assume a less toxic role in your life. Many of these experiences are facets of the ascension process necessary for the spiritual evolution of mankind in general who at some point will begin to ask themselves if there is a better way of living.

You will continue to see and interact with negative events, but when you “allow” from a higher perspective, you aren’t aligning with them as you do when attempting to love in the human sense, some negative person, place, event, or thing.

You are moving to new levels of Being, learning to rest in your Divine Selfhood rather than allowing the thoughts, worries, and concepts of the third dimension to take dominion. This is trust. Not a blind trust in some person, power, or unknown God in the sky, but a trust that flows from a conscious realization of your oneness with Source.

You cannot really allow until you can really trust, and you cannot really trust until you can at least somewhat accept the truth about what you are trusting–that the Self sustained, Self maintained Godhead is fully present and able to function through you when acknowledged and integrated as your consciousness. To put one’s trust in anything less is to trust concepts with feet of clay.

Evolution is every individual’s journey of learning the reality of who and what they are. It is accepting that God is expressing ITself in and as every living thing because it is the one and only life. It is realizing that; ” I no longer need to keep seeking, searching, begging, praying, and offering up sacrifices for what has always been fully present within.”

Let “I Am that I Am” become your mantra, your heart song, and response to all you witness in these turbulent times of shifting energies.

Be what you are, now. No more procrastination, It is time and you are prepared and ready.