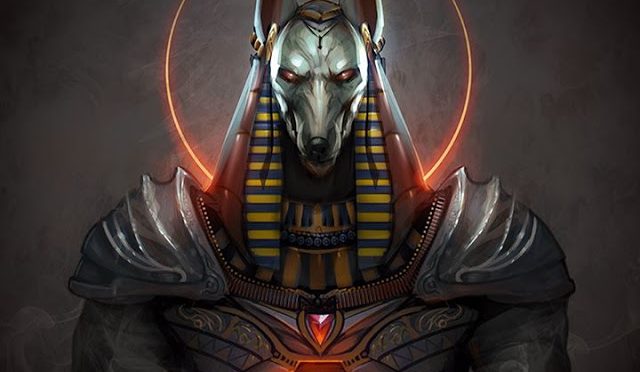 I am Anubis, God of Life, my Queen An-Ra send me here to delivery this message. Please, don’t get confused, your history portrays me incorrectly as God of Death, which is not true.

It has been awhile since my last message. Today, I would like to share with you some information. We are going to land after full disclosure. The Queen’s daughter is going to arrive here, as an ambassador with her Egyptian Fleet to start her work of helping humanity to move forward by building a new prosperous, healthy and a joyful society on Gaia, including helping to set up the Light Centers around the world.

After the Dark Ones are completely removed from your planet, we are planning to assist you with the launching of our technologies, it will speed up your advancement as a civilization.

Meantime, I am building a new Egyptian Fleet to aid the Galactic Federation in defeating the Negative Controllers, their stay has been long overdue on Mother Gaia. It’s time for them to leave and never comeback to this part of the Galaxy ever again. They are banned from many Galaxies and Universes, as they only bring enslavement, misery and torture everywhere they go.

I just want to clarify that I am creating a new spacecraft by using only my consciousness. Our ships are living entities, and we communicate with them telepathically. Each time new ships are created, they are more advanced then the previous ones. As you know by now, the essence of your being keeps evolving that leads to elevation of knowledge, so my civilization constructs unique and highly developed buildings, space vessels and etc.

We assist and build nations who are ready in their stage of evolution. Long time ago, My Queen and I were freely landing on Mother Earth. We built the pyramids in Egypt, and we also had a more advanced version of the pyramids, which we used to land our spaceships on top and beam down safely inside the pyramid without getting attacked. We tried to teach your scientists on how to use our technology. Sadly, we needed to leave as the humankind got influenced and started to follow the Darkness.

Now, humanity as a Collective Consciousness is evolving and moving towards Ascension. We believe that you are ready now to accept our assistance, as you are going to live a new existence without being controlled and suppressed by the Negative Ones.

My look is intimidating for a reason to scare off the attackers, who are always trying to invade us. We are considered to be technologically advanced Galactic Nation, so our planets are desirable for unfriendly societies. Some of them invade or destroy others territories to gain control, so my civilization always continues on developing new technologies.

You probably noticed the time acceleration in your world is moving very fast, in order to help mankind reach quicker a required level of consciousness to speed up the transformation from 3D to 5D. The time is going to continue to move faster and faster, as it’s needed to speed up key events on Mother Terra Christa.

Queen An-Ra and I are daily observing all of the things that are taking place around and on planet Earth right now. Recently, we have been rescuing many humans from other planets and colonies, who were used as slave labor by the Dark Forces. We are keeping all of them on one planet, and letting them recuperate, because most of them are in very poor health. They were forced to work under inhumane conditions. Once they fully recover, we are going to bring them back to Earth after disclosure happens.

Many things are going on behind the scenes globally, like the Alliance is now starting to do the work, what they were supposed to do in the first place, because all of the corrupted members have been removed or arrested by the work of Grand Council Queen An-Ra. They are preparing now to officially launch the Quantum Financial System. Also, the new Republic has been operating for some time now with the support of military. Everything is in place and set up already like your new financial system and your new Republic. All you are waiting for the official announcement of everything.

I am Anubis, and I am pleased to come through this channel and connect with all of you. Thank You.

Be Brave and Fearless
Anubis