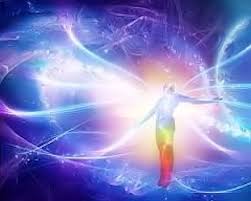 It seems apparent that the battle by the dark Ones to retain some kind of power on the Earth reached new levels when they attempted to destroy Hawaii and Japan. However, their nuclear devices were stopped from operating in accordance with orders from the Forces of Light that control events on and off the Earth. Certainly great numbers of people who have been working against those of Earth, have been arrested and placed where they can no longer cause trouble. It is a mopping up exercise that will eventually make the dark Ones incapable of interfering with the changes that have placed the Earth on a path of Light, to freedom and abundance. Much is in place ready to go ahead once the orders are given and even now the activities of the dark Ones are being curtailed to lessen their ability to cause delay.

Matters cannot revert to events as they were prior to the marker of 2012, those times have now passed and it can no longer go back to what was normal in that old cycle. You are well into the new cycle and now have the full backing of the Forces of Light, and matters will continue to progress for the betterment of all. Outwardly the world is in turmoil but as you will begin to see, much that is being done behind the scenes is preparing the way for a giant step forward into the New Age. Your patience will be well rewarded, and before long you should see the first signs of welcome changes that are associated with the establishment of a peaceful nation, that has the wellbeing of the people at heart. It has been planned well in advance and all over the world new innovations wait for the opportunity to be introduced. It will be a time when the negative forces have been subdued and unable to stop the intended changes taking place.

Every soul that is of the Light is contributing to the progress being made, by keeping positive and spreading the Light and Love. It is the most powerful force in the Universe and cannot be stopped or delayed any longer. Already the vibrations have started to noticeably increase and as they so, it has the effect of lessening the power of the negative energies. There is clearly much of it that is remaining in those countries that have been the centre of war, but with the help of your ET friends it can be cleansed and replaced with tranquillity and peaceful energies. Since you passed 2012 such help is now permissible, and you will be surprised at how quickly beneficial changes can be brought about.

Although you may not yet see the many obvious changes in conditions, be assured that help has already been given such as the end to chemtrails. The pollution of the Seas and Oceans are another big challenge, but you must first show your positive intent to take responsible action by starting your own cleansing. Once started we can then assist you and have technologies that far surpass those that you have, and that will take no real time at all to restore the quality and cleanliness of your waters. Marine life and vegetation will quickly return in the ideal conditions, and from thereon Man will be expected to put a stop to any actions that have previously been the cause of excessive pollution and damage. Restoration will become the order of the day both at sea and on land, that have been ravaged over many years of disregard for the consequences of your actions.

Mother Earth can deal with much that needs to be done to eventually restore her to the original pristine condition. However, you could say that everything must start with you, as you take back your responsibility for the upkeep of the Earth and the welfare of all lifeforms. Certainly as time elapses you will be expected to demonstrate your intent to help restore the Earth to its pristine condition. Meantime focus on how you visualise the changes will take place and what the results will be. Do not worry about the size of the task as you will be helped, and with goodwill will achieve remarkable results much quicker than you now realise or anticipate. The times of needing to struggle to achieve results are over, and help awaits you in whatever changes you propose that are in the interests of Mother Earth and its people. As you must know much awaits you that has been held back by the dark Ones, but can now start to be released.

Much responsibility now lies with those of you that are Lightworkers, you could say that your time has come to use the talents and knowledge you have to lift up the people of Earth. The old energies still have some effects but are slowly losing their power to stop continuing progress into the New Age. The stage is set and throughout the Earth many souls are answering the wake up call to use their knowledge and ability to start bringing the “new” into being. If only you had our panoramic view of what was taking place, you would know that great things were on the way to manifesting that you have long awaited.

Patience has long been called for as a number of promised changes are still waiting to manifest. You the people of Earth are living in a time warp deliberately intended to keep you in a state of need, having been denied the benefit of changes that would have greatly uplifted your quality of life. However, you will not be denied and many innovations are ready to be introduced at short notice. There is so much lined up that will immediately overcome the many problems you have to deal with on a daily basis. In time your quality of life will change beyond recognition, and already the old restrictions are beginning to be removed. Mankind must be restructured so that there is more equality between you all, and that does mean a fair sharing of the greatest wealth that is enjoyed by such a small percentage of the people. Be assured that your needs are well known and the disproportionate distribution of wealth will be changed in due course.

There are many advanced civilisations that follow your progress, but until now have not been allowed to “interfere” with your freewill, but since you passed the marker matters have changed. Help for you is to be allowed within certain boundaries, as and when circumstances permit. Changes will not be allowed to overwhelm you and will be fed in sensibly at an appropriate time. However, the changes will come, and no interference will be tolerated and each time the whole operation will be monitored by those who oversee activities upon the Earth. Your freewill is still paramount but even so it will not be allowed to delay or prevent that which has already been agreed as necessary for the advancement of Humankind.