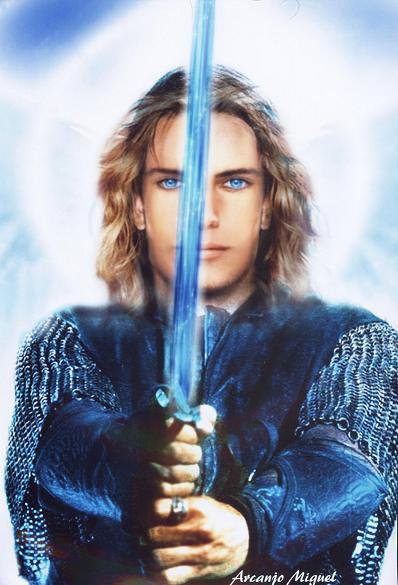 SCROLL DOWN FOR RECENT RECORDINGS.

The Lightworkers already are experiencing more than fleeting moments upon the lower levels of the 5th Dimension in their consciousness. Some are firmly established upon it, but for the most part mankind is passing through the 4th Dimension. It is not by coincidence that it is at this time that they are experiencing the effects of the Elite’s desperate attempts to increase their tyrannical control of the world, by all manners of political moves. They have funds for doing so as they own the financial Institutions. They want to play a few more cards. They may attempt to claim that the Galactics are a threat when their suppression of truths is exposed concerning the Extraterrestrial presence. They have holographic technology at their disposition and could use it to present a false scenario of invasion. However, Disclosure will uplift mankind upon the ladder of the dimensions and frequency vibration, because information is Light and vice versa. So you see, that is why Disclosure plays a major part in the Ascension process.

The Aurora Borealis are now visible in parts of the world where they were not before, because of electromagnetic changes taking place due to the irradiation of the planet by photonic light. As regard to the threat of Robotic Control, the question of transhumanism and whether the occult satanic powers will attempt to steal the human DNA for supreme power, do not forget that billions of Star seeds and Galactic beings, as well as Ascended Masters, now have incarnated in human bodies. They are holding the balance of Light and will render these evil forces powerless by transforming all systems. The Elite is in fact fearfull of them though they possess sophisticated undisclosed technology. Their malevolent tactics will lead them nowhere. They already have robots that look perfectly human but understand that the forces of the Light are very active and actively opposing these malevolent forces in the measure permitted by Cosmic Law. It is the way that they operate in the higher dimensions. Whether biotechnology could be applied to medical use and whether the occult rulers plan a scenario similar to the one in the movie The Terminator, the answer is that as with the matter of alien implants, nanotechnology will not pass when people physically move into the higher or even middle levels of the 5th Dimension. The killer robot was unleashed from Pandora Box on Maldek, and artificial intelligence is as dangerous as nuclear power or weaponry.

As to the zealots who will blow themselves up because of their fanatical nature, they are lured into self-annihilation by the false hierarchies of the astral plane, sometimes called the bottomless pit. There is a record of the original Fall of certain entities called Nephilim, or Fallen Angels, whose rebellion against the Almighty was driven by jealousy. It’s in relation to the Reptilian humanoids. Their rebellion constituted a spiritual suicide. They acquired densities within them as well as self-destructive tendencies. Whether on the astral plane as discarnate entities, or in incarnation, the Illuminati have attempted to draw humanity into their Cult of Death and Hell for revenge against Life itself and in order to continue exercising control. The denizens of the pit have preyed upon the Lightbearers with thoughtforms and psychotronic weapons computerized by those who originate from Orion and Draco that affect the psyche.

You may call for the cutting free of mankind from the momentum of suicide, because those recruits of the Terrorist organizations, who are prepared to detonate bombs that they are wearing in the midst of innocent citizens, are under the influence of vortices of malintent.

There also was an Illuminati opposition to the Constitution, the divine document that was born out of the heart of Saint Germain. It was his dream that America would be an example for all nations but an infiltration of dark forces prevented this from happening. In defiance the dark caused internal weaknesses so Justice and Freedom have not triumphed in recent decades.

You may call the Elohim to overlight every aspect of the Running for Office, at this time of the coming Elections in the United States of America. Pray that the Council on Foreign Relations and Agencies, as well as Pentagon and CIA, may be turned upside down and shaken up, until beings of the Light are in position of authority, for it is the time when they awaken and have a change of heart, or Walk-In advanced souls move into position. Pray that the elected ones can never pass legislature for programs that are not of the Light. Demand changes to manifest by the intervention of the Mighty Blue Eagle from Sirius and the Legions of Mercury of El Morya. Demand the removal, by the action of the Cosmic Christ, as well as Archangel Michael’s Legions of the First Ray and Elohim Astrea, of the individuals in the governments of all nations who are not serving the Light. The Sacred Fire and Violet Transmuting Flame can also be invoked. Demand the manifestation of the Plan of Abundant Supply. The blueprint of divine Destiny will manifest with the descent of the Light Body, as you become heart, head and hand of your Higher Selves. This multi-dimensional assistance can be tripled each instant of each hour, until all are ascended and free in that quantum leap to a 5th dimensional Reality.

May the great Prophecy for the Earth that is the manifestation of Divine Will be fulfilled now! Be sealed in the immaculate design of the timelines leading to Ascension. Awaken in the knowledge of the all-consuming love which never fails to give Earth her Freedom now! Let the Truth be revealed in this time of DISCLOSURE.

There is such a thing as the authority of Mother Mary and the release of Cosmic forces in the Great Central Son. Mother Mary embodies the presence of the Mother Universal and the Cosmic Virgin who commands the full force of the Sun behind the sun. The Cosmic Virgin rescues the Universal Manchild so he appears in the hearts of the sons and daughters of God. You may invoke her power to devour the power of the occult tyrannic false hierarchies. The armies of darkness will crumble! They wil tremble in the cup of their harvest in the physical octave in a way never seen before. The Mother will step through the veil in the flesh of her children. Therefore affirm: I AM Mother Mary, heart, head and hand. I ask for the consecration of every nation to the heart of Mary. Our burdens can be set aside by her intercessions. That is why we say ‘Hail Mary, full of grace!’ and ask that she prays for us, the Lightworkers. Let all receive the awakening presence of the divine Manchild, higher consciousness. Let the Twin Pillars of the Twin Flames manifest in the Solar Ring that is the platform for the Tube of Light, our tool and pathway to the manifestation of New Gaia, as well as Ascension.

The Flame of Living Truth will transmute all erroneous concepts and feelings. It will set free. It will manifest the science of precipitation whereby one can bring into form one’s perfect health, happiness, and divine plan for one’s families and communities. This can be manifested as part of the Vision that Saint Germain, El Morya and the Darjeeling Council hold for the world to recreate a civilization that is abundant for a time of Transition.

With love and blessings to all, I represent Archangel Michael saying ‘I AM WITH YOU ALWAYS’.