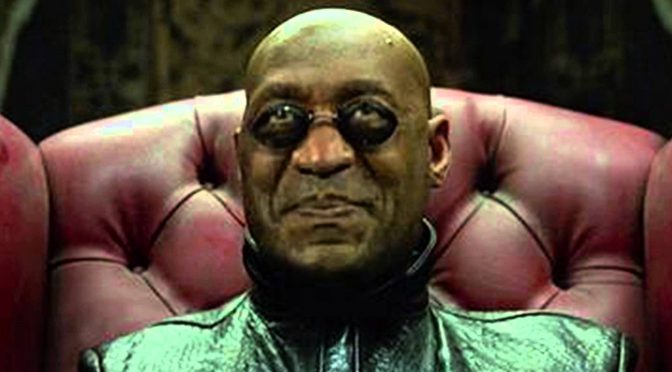 Confirmations of the old matrix completely dissolved are arriving  from different sources plus of course confirmation in the core of our being for those of us who have been working diligently towards the planetary liberation of humanity and our smooth ascension along Mother Earth.Those of us who are deeply anchored in Gaia we know already.We Keep Going Within With Focus Brothers and Sisters for even better outcome!Enjoy the ride.This is How it Looks for now.A lot of work to do.Sleeves up, let’s gogo!

Since the days of Atlantis and the fall of man, humanity has lived within a ‘veil of illusion’.

This prohibited us from connecting to our higher self, the higher realm and to Prime Creator.

Only a very few intuitive ones have been able to penetrate this veil and channel truthful information.

Additionally, your own intuitive abilities have been enhanced for you to connect to the higher realms and Prime Creator as your vibrations increase with the new light.

COLLAPSE OF THE MATRIX

The matrix is composed of mind manipulation and the control of money.  We became indoctrinated from birth till death with a world of ‘opposites’.

Bad is good and good is bad. “War is necessary and Peace is impossible” or “Intellect (no conscience ) is superior to Heart (conscience)” or “We must have a war on drugs, poverty, etc. but not resolve the underlying issues of stress”.

This mentality originated from the fall of man during Atlantis.

When Atlantis was invaded by dark beings, their goal was to downgrade the 5D humans to 3D status through trickery by promising them the ‘healing devices’ would enhance their lives.

What resulted was an unlimited liquid crystal being reduced to a carbon based being with a very limited lifespan.

In addition, a veil was placed around the Earth prohibiting their previous connection to the higher realms.

They also only activated 2 strands of DNA reducing them to near robots that now had to feed themselves (as a 5D light being they lived on light).

Further, a negative thought pattern was emitted to them continuously from an above planet device sending messages as follows:

“I am weak, vulnerable and unworthy and I must have power and control over others. I will incite others to do harm and even acts of violence and destruction so I can become strong and in control”.

It is a constant battle to overcome these feelings or have we succumbed to them by our ‘competition’ to beat another in the workplace, in sports, in relationships, in wars, in finance, in politics, in religions, in status, in awards, in driving, in school, in sales, in marketing, in promotions… everywhere!

We are simply following a 13,000 year mind-control matrix with money as the key tool to fulfill our inner voice for power and control!

What has replaced this is a most loving message from our Prime Creator or light, sending the blessing of LOVE, PEACE, JOY and every imaginable positive emotion you could imagine and sending healing energies to your entire essence.

Another gift from our ‘Creator of All That Is’, is coming quite soon, all humans on Special Earth still in 3D who are refusing the light moving them into 4D light will be extracted from our planet.

They will be taken to one of three off planet destinations determined by the amount of darkness and deeds committed.

This then will open the door to great freedoms and prosperity to explode throughout the planet including GESARA, GCR/RV for the masses, aka T4, GSA Learn more and AR claims paid.

No other 4D planet has ever reached 51% light in any Universe EVER!

Enormous gratitude to our amazing GOLD team and all humans on Special Earth for such an amazing performance.

These are just warmups for our transition to 5D beings with liquid crystal bodies that can be returned to any age you choose.

Free from all ailments and fully conscious limitless beings surrounded in light and having all your needs met. This is your natural state… as you were created before coming to play in a world of limitation and challenge.

Funds will flow from multiple sources in enormous quantities all backed by substance (precious metals and resources) under the audited eye of honesty.

As new common law governance spreads around the world (GESARA) and RV funds are fully released, billions of humans will be hydrated bringing political and financial freedoms everywhere.

Humanity will leap forward today, never to look back.  Those who surrendered their will in favor of the Prime Creator will lead, those who have not shall remain behind, stagnant in the third dimension.

1) The dismantling and release of various matrices has finally occurred as follows:

(a) The Mind Matrix of: Control, Conquering and Defeat, Death and Destruction, Polarity, Duality
(b) The Mind Matrix of Consciousness, Subconsciousness, the Known and Unknown Minds of consciousness, dream state, innate consciousness. They are being removed with all things with a consciousness.
(c) The 3d and 4D Matrix Systems of all things known and unknown.
(d) The Matrix of Mother Earth and Her assets and resources.
(e) The Matrix of Meridians, Vortices, Power Sources, Longitude and Latitude Grids
(f) The release and dismantling of these systems are also being released from all physical shells that are connected to and run through the nervous system and of all physical shells of all things with a consciousness.
(g) These Matrix Systems were devised to run on their own through mechanisms and various complex delivery systems – including those delivered to physical shells as separate components, that would connect, create a device or mechanisms, and then later be activated through a coded frequency to turn them on in your physical vessel and sabotage you indefinitely. They also created kill switches in the brain.
(h) These Matrix Systems connected to your cellular structures, DNA, essence, nervous system, spinal cord and brain.
(i) Delivery Systems were enacted upon you through:

a. Vaccinations with implants and chemical components
b. Chem-trail disbursement – though the air which allows these chemical components and implants to be absorbed through breathing, skin and food
c. An encoded Frequency to activate and trigger emotional reaction.
d. Once the encoded frequency was sent, it then is activated to combine with other components that were delivered and ingested into the body, to combine to make a device or mechanisms in the body. This directly effects the physical shell by inherently causing destruction of itself and others. This includes manipulating you on their terms. Now they are ready to use you at their will, while the host has no clue nor did they ever agree to participate.
e. Creation of Destruction in all known and unknown ways through the means of others without ever taking ownership of their own creation. This has in turn created an arm of enslaved beings, races, worker bees, who have never awakened which that alone creates further enslavement.

Here are the updates of things moving forward and completed for humanity.

2) The Dark Seed of Dark Matter has been removed from Earth along with its matrix system, and the web-netting connected under the earth, above the earth and to all of the sectors and beyond.

(a) This also has all been removed in all sectors.
(b) This is a component of the Quantum Entanglement Matrix Systems
(c) All Seeds that were created from this Dark Matter: Including all seeds of Creation for all life forms with a consciousness have been removed.
(d) Removal of the Black Sticky Goo from its existence has occurred.
(e) All fabrics of energy, and Holograms have been removed.
(f) Even a removal of all connections to all things in this letter, which provide a feeding source of energy, supported energy, to those who created this has been completed.

3) Beings should know all that has been described in number 1-2 has a direct effect and connection to one’s own physical shell, mentally and spiritually.

(a) Beings need to understand removal to these things and systems is the releasing of all the last carbon structures in the physical shell.
(b) Beings on this physical plane should expect to feel and may have a sense of confusion, an inability to think and function and be extremely tired. If you are on the path of enlightenment and feeling unable to integrate, this is short lived.
(c) Beings who are unawakened, or not ascending will have an amplification of fear based extreme symptoms of anger, rage, depression, anxiety, sense of loss, a sense of leaving need to figure out how to get off planet.

4) All Notices have been delivered to all souls on this planet who are exiting.

They are working on creating their own exit plans with Prime Creator individually. All will see the masses exit in various ways, chosen by individual souls and this will be starting shortly…. more than we are seeing now.

3.Message From Christine,Kathryn and Meg and the Company of Heaven