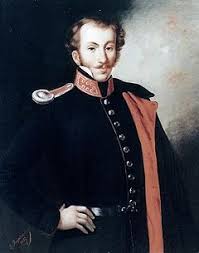 The Secret Destiny of America

8.  A NEW IDENTITY FOR CHRISTOPHER COLUMBUS

Many scholars were fully aware of the global form of the Earth
in the time of Columbus, who, according to early historians, State documents,
and his own son, was not an Italian of humble station and uneducated
but was a Greek Prince with an excellent classical education….
It was from a Greek port that he sailed on the celebrated voyage of discovery.
He was accompanied by a mysterious stranger, which has suggested
that Columbus was an agent of the society of unknown philosophers….
The pattern of the democratic ideal was beginning to assert itself over the tyranny of decadent aristocracy.
A new world was necessary for a new idea. … When it was necessary, it was discovered.

NOTE: The University of Barcelona has pronounced genuine a document discovered by an Italian archeologist in 1929. It records that the treasurer of Spain counseled Colon
to represent himself as Christophorens in demanding aid from the King of Spain, and states emphatically that Admiral Colon was not the same man as Christophoro Colombo,
son of Dominico and Susana Fontanarossa who lived in Genoa.

For the rest of the story, read the special edition 2-in-1 book combining Manly P. Hall’s
1944 classic The Secret Destiny of America with his 1951 America’s Assignment with Destiny: