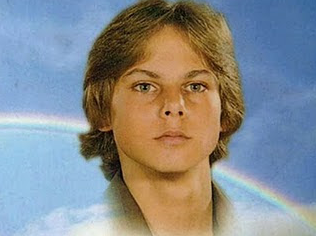 With loving greetings from all souls at this station, this is Matthew. We have been asked if there is one particular aspect of life on Earth that lightworkers can focus on and speed the civilization’s evolution. For untold ages civilizations on the planet were devolving due to their inhumane treatment of each other and the animals. Therefore, that behavior’s opposite—love, kindness and respect for all life—must be the pathway to a civilization’s evolution.

And indeed it is, dear family. Light’s high vibrations that are opening minds and hearts are moving the society toward benevolence in all aspects of life there. It is true that progress is seriously lagging in some areas, and here a reader’s comment is pertinent: “I would like to know what souls at Matthew’s station say about our prison and judicial systems and how they are affecting planetary and personal ascension.” That imprisonment may be a karmic choice notwithstanding, one of your world’s great ills is its prisoner population.

We see what you do yourselves. In oppressive regimes, people deemed “political dissidents” are locked up with no legal recourse, deprived of basic necessities and often subjected to torture, and treatment of prisoners of war is much the same. People called “minorities” are given lengthy sentences for minor legal infractions and sent to prisons, often overcrowded, that provide little or no rehabilitation services; and some who are known to be innocent of the charges nevertheless are found guilty in flawed or corrupted judicial systems. If individuals who commit “white collar” crimes are convicted, these felons serve short periods in facilities that provide them with customary comforts and conveniences. Frequently persons who have mental health conditions are put in jails instead of medical centers where they can receive appropriate care.

As pervasive as that unjustness is, it has no effect on planetary ascension—Earth is steadily moving on course to her destination in fifth density.

Personal ascension differs profoundly. This is a matter of how closely one’s choices lifelong adhere to provisions of soul contracts, which are part of pre-birth agreements with all others who are sharing the lifetime. Putting every prisoner in the world into that context, the foremost consideration is: Is imprisonment part of an agreement?

If it is, the verdict, whether just or not, presents everyone with the growth experiencing they chose to complete third density karmic lessons themselves or assist others in the agreement to do so; if they follow their intuition to deal positively with life-changing new challenges, they attain the desired advancement. When just or unjust conviction is not part of an agreement, the same potential is available to the prisoner and all others whose lives are affected; however, prolonged bitterness, anger or confusion—emotions not uncommon in persons who encounter difficult situations outside of soul contract choices—may prevent their recognizing opportunities to leap forward in growth.

Other considerations that pertain to every prisoner also may or may not be contract provisions: the act that led to imprisonment; behavior toward other prisoners and the facility’s staff; how incarceration time is spent; and, if paroled, choices of activity, attitudes, and new or old circle of acquaintances. That latitude of possible reactions is in addition to all choices prior to imprisonment, and that is why the world’s prisoner population comprises persons whose ascension status is third, fourth, and in the case of volunteer souls from other civilizations, higher density.

Greed and corruption go hand in hand with the power to wield the threat of imprisonment over the multitudes, and what the society does about that and the future of the many millions who are imprisoned is a significant factor in the evolutionary pace of Earth’s civilization. Few people know what you do: Sending forth love-light energy to souls in prison camps and the leaders of those oppressive regimes will help end that tyranny. But it is widely known that reducing incidents of crime requires remedying conditions that often lead to them—despair due to poverty, easy access to street drugs and weapons, lack of education and guidance, menial or no employment, prejudice in its many forms.

Historically, reforms in those areas and others with major impact start in communities and branch outward and upward until there are national crime prevention programs, fairness in court trials and prison terms, educational resources and job training for prisoners and employment assistance upon release, and laws barring discrimination against ex-convicts and other “minority” populations. There is a need to eliminate privately-owned prisons, too. The more people convicted, the more profitable those prisons are, and that can—does—result in mutually beneficial financial arrangements between prison owners and cooperative judges.

We also see the encouraging progress that you do—some prison and judicial systems have instituted to some extent the aforementioned reforms, “white collar” criminals are being convicted more frequently than formerly, and the number of nations that have abolished the death penalty is growing. In response to rising vibrations, fair and equitable legal processes and sentencing, respectful treatment of all who are imprisoned, and the end of prison camps and cultural capital punishment will come incrementally. When Earth’s Golden Age is in full bloom, there will be no prisons anywhere in your world.

“Will a vegetarian or vegan diet help regenerate DNA?”  Yes, to a degree when the intention is to help end the plight of animals in factory farms, and we honor everyone who chooses those diets for that reason. However, it is the collective energy of a person’s overall attitudes, beliefs and deeds that determines the amount of light the body absorbs, and light is what transforms carbon cells into the crystalline wherein dormant DNA strands are reactivated.

“If the cells of a highly-evolved human were examined in a scientific lab today, would the change from carbon-based cells to crystalline-based be measurable? If so, what do scientists make of this ‘unexplained’ change in the human body?”  If there were an accurate measuring method, there would be a detectable difference in carbon and crystalline cell tissue, but your scientists wouldn’t know what causes it. Bodies with crystalline cells will become the “new normal” as individuals living on the planet continue evolving and evolved souls incarnate there, and the scientists among them will know how light affects cellular structure.

“What advice can you give regarding the implantation of etheric devices into us? Please can you explain who puts them there, why, what they are for and most importantly, how do we get rid of them?”  What you refer to as “etheric devices” most likely is DNA coding that keeps specific cellular memory intact so cumulative souls’ personages living in various civilizations retain knowledge of their Beginnings and ancestral heritage.

Now then, there are “physical” implants and some are designed for mind control, but in antiquity that was only a ruse to create fear. When puppets of the dark forces deactivated DNA strands in nascent civilizations to weaken them in all aspects of being, they told the peoples that they had been implanted with a non-removable substance that not only would control their minds, but would be inherited by all generations of their descendants. How better to create fear, whose low vibrations feed and refuel dark ones, thereby assuring their survival?

As civilizations evolved, that implantation claim was forgotten, and eons later in linear time, dark ones on Earth conducted an actual mind-control program. They conditioned captive individuals through severe physical, mental and emotional maltreatment, then implanted programmed devices that when “triggered” caused the individuals to carry out assigned tasks. Men were programmed to engage in random shootings, then kill themselves; women’s programming was to relay confidential information to specified persons and perform required sex acts, then forget the entire experience.

However, long before that program developed, mass mind control was successfully managed by religious dogma and schooling that kept the peoples ignorant of everything the dark ones did not want known. They promoted concepts that also served them well: Killing “the enemy” is patriotism and proves love of country; whatever “authorities” do is in your best interests; violence in arenas and coliseums, and millennia later in films and games, is for your entertainment. And, whenever one of the myriad dark activities did come to light, the controlled mainstream media called it conspiracy theory, the label that dooms truthful information’s credibility.

As intensifying light exposed more and more darkness, mind control became less and less effective. The dark ones abandoned their program of conditioning individuals to act upon strategic triggers, but they couldn’t stop people from questioning “authorities” in governments, religions, the media and economic, corporate, healthcare, sports, entertainment, legal and judicial sectors. They cannot stop the peoples from freeing their world of dark control, and that, dear ones, is undergirding Earth civilization’s evolution.

“Are all billionaires and multimillionaires Illuminati? Will ‘reval’ take away their money and distribute it to the rest of the population?”  No, not all of the world’s wealthiest individuals are Illuminati, and it is only the Illuminati’s illegally or immorally amassed fortunes that will be retrieved and used to end impoverishment throughout the world.

The purpose of “reval,” currency revaluation, is to institute a global economic system based on precious metals. That was the basis of the dollar before the Illuminati set up a system whereby they could control the world’s supply of gold as well as profit handsomely by currency trading, taking over countries’ national resources, and manipulating stock markets, all of which widened the disparity between the world’s “haves” and “have nots.” Eventually Earth’s peoples will learn what evolved civilizations have long known: The exchange of goods for services and helping every person on the planet thrive enables the entire populace to live prosperously and harmoniously in a peaceful world.

“Matthew and other messengers from the light have said the Illuminati wanted to establish a world government but lost the power to do that. Recently I read an article about a unified global government that sounds like the Illuminati plan. Please ask Matthew about this.”  Without knowing what the article stated about a unified global government, we can only speak about what we do know. New World Order and One World Government are two designations for the authoritarian rule the Illuminati planned to implement after they eliminated most of the world’s population through wars, pandemics, toxic pollutants and starvation. They intended to let enough people survive to grow and prepare their food, provide medical care and education, clean homes and public buildings, provide transportation, utilities, clothing, construction, landscaping, repairs—in short, a population of servants that would supply whatever the Illuminati wanted.

There is a world of difference between that plan and what is in Earth’s future. The best aspects of your current governing philosophies will be integrated into one that will serve all peoples worldwide, with universal laws and the honoring of Nature as the basis and individuals internationally respected for wisdom, prudence and moral integrity chosen as leaders. This form of governance, which in linear time is in discussion and planning stages, is flourishing in the continuum and the joy-filled populace is thriving. Advanced spiritual and conscious awareness replaces manmade religious dogma and unjust laws; oppression and warring are history, so are castes and other superficial forms of divisiveness; and all of humankind shares in Earth’s abundance.

Beloved lightworkers, you are the vanguard of the strengthening movements that ultimately will manifest that world. Never are you alone in this service to Earth’s people—the unconditional love of God and all other light beings throughout this universe is supporting you every step of the way.