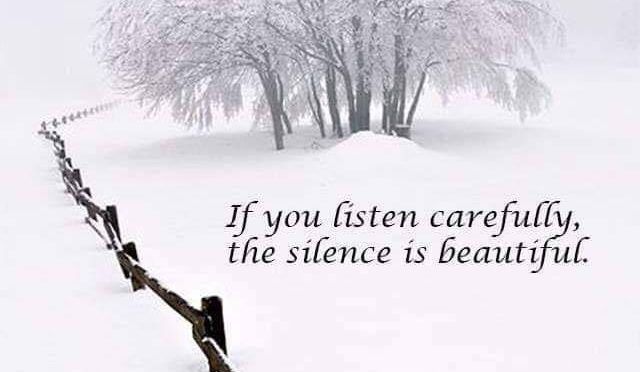 FEBRUARY 28,2021
​
Dear readers, welcome to our message that is intended to bring hope and encouragement as well as information into everyone’s increasingly deepening soul journey.
​
All is proceeding according to plan. Never fear that the Divine plan can be manipulated or stopped by those who wish to do so for there is only One Power and that power is not effected by three dimensional conditioned activities.
​
These are times of tremendous change in which much that the world is accustomed to will not return in its previous form. Those waiting for everything to once again be exactly as it was will be disappointed. As the collective spiritually evolves through the presence of increasingly more high frequency Light on earth, material expressions in all facets of life will begin to reflect this.

​
The true essence of everything you see as material is in fact spiritual, but the spiritual reality is seen in the dense energy of the third dimension as material. How it is interpreted depends upon the personal and collective consciousness doing the interpreting which at this time is quickly changing.
​
Ideas, inventions, and practices in law, medicine, and religion etc. as you have come to know them are based in beliefs of duality and separation. The foundation of many of these things will begin to crumble as people see them from new and higher levels. However, since the underlying idea of them is spiritual, their true essence remains intact, only their old form changes. New and higher forms that reflect earth’s evolving spiritual awareness will soon begin to manifest.
​
Higher forms of many ideas were given to earth long ago, but have been held back and kept secret from the majority by those who would keep mankind in bondage to control. As ideas like free energy become universally known, life for all will be easier.
​
We wish to once again speak about love for even though we have often spoken about the absolute truth of love being the interconnecting energy between individuals within the ONE, we have not spoken of love as it is most commonly interpreted in the third dimension. Many struggle with how to translate the reality of love into daily life especially with regard to relationships.

​
There are three hurtles that all meet on their journey out of three dimensional state of consciousness. They are; 1. Relationships, 2. Money, 3. Power
These three facets of life on earth are solidly ingrained in the consciousness of the majority through having lived many lifetimes in which they represented the power that ruled over everyone’s life and their ability to make personal choices.

​
Romantic love is an area that continues to confuse many. Sexual attraction to a stranger or to someone who rejects you, the inability to let go of old relationships, and the need to continually seek for a partner all serve to create confusion and psychological pain. The bottom line of which is the belief that one cannot be happy without a partner.

​
Romance in its three dimensional sense is an concept that arose out of the belief in separation. It has been colored and promoted by society as being a goal necessary for happiness. You have been taught that you are half of a couple and that until you find your other half, your soul mate, the perfect partner, you will be unhappy and incomplete.
​
Books, film, TV shows, retail, and media in general continue to promote the idea that once a person finds “Mr or Mrs. Right” they will finally feel whole and complete. The world in general continues to buy into these concepts, spending a great deal of time searching, seeking, and game playing unaware that what they seek is already present within them
​
Needing to find one’s “other half” in reality is a spiritual truth but not in the three dimensional sense. Everyone has a perfect “other half” but it lies within. Women already possess the masculine they seek just as men already possess the feminine that they seek but both seek it outside of themselves.
​
Everyone is already whole and compete by virtue of their oneness with Source. If a person chooses to share their wholeness with another that is their free will choice, but it is never a need.
​
Believing that one is half of a couple creates a sense of loneliness that prompts many to spend time and effort searching on the computer or phone, frequenting social places, joining groups, and doing activities in the hope of finding the one special person who will make them feel whole and complete according to their personal concepts of happiness.
​
Even when Mr. or Mrs. Right is found, there remains that sense of loneliness because the empty spot within is the Soul’s yearning to be recognized and integrated into a state of consciousness that knows it is Source.
​
Many of you have already released these old concepts and have come into your personal power. Those who have not must release false ideas about relationship if they are to evolve into a consciousness of spiritual wholeness and completeness that will then manifest outwardly as that which represents wholeness and completeness to them.
​
Completeness and wholeness for one may mean remaining single but for another wholeness and completeness may mean partnership. If so their consciousness will draw to them (alignment) the right partner without a lot of manipulation, thought, and concern. Consciousness is always expressing itself. What do I hold in my consciousness?
​
Those unaware of who and what they really are will continue seeking completeness from outside of themselves through three dimensional tools but will never find it even when their goals are attained because three dimensional concepts are temporary having nothing but belief to support them. Divine wholeness and completeness is infinite, forever, and never changes or ceases.
​
The belief and promotion of sexual attraction as being love has created more heartbreak among the majority than can be counted. It also sells tickets, promotes films, and keeps a lot of businesses going but the world is ready to move beyond these narrow concepts.
​
When sex becomes simply a route for self pleasure without regard for the other person it becomes a three dimensional activity devoid of love and can cause a person to become stuck and addicted to old energy patterns. It also results in energetic cords being created between those involved.

​
Sex, attraction, and the desire to be with another are facets of love but can simply be energetic alignment. There could be a past life connection, or perhaps one person aligns with another’s concept of the perfect partner. Perhaps the other (stranger or friend) holds similar beliefs (alignment) as you. Energetic alignment is not love although it can lead to love and is necessary for a solid partnership.

​
Sexual encounters are often considered to be simply a pleasant release for those involved. However as with all things, it has a deeper reality. Its true spiritual essence is the joining of the masculine and feminine energies into a powerful ONEness from which a new and evolved consciousness is born.
​
Those who know the spiritual truth about themselves and their partner bring love and respect to their sexual relationship allowing it to become a spiritual experience rather than just a physical release. Relationships both homosexual and heterosexual entered into at this level of awareness have the potential to lift both into higher awareness. This truth was studied and taught in many of the ancient sacred schools of learning.

​
Religions have taught that sex is bad and should avoided under pain of sin and damnation until a commitment is made and then it is only for the purpose of creating children. These false and limiting concepts have permeated collective thinking and made natural, healthy, and pleasurable human sexuality into a source of shame, guilt, and fear.

​
The choice to stay or leave a relationship must be a personal choice, one made from a level of love that and considers the good of all involved. However this never means sacrificing individuality or surrendering personal power to another simply to maintain something that no longer exists or to satisfy the desires and wants of some other person, group, family, or friend. Always trust your intuition in these matters.
​
Relationships of all kinds are and will continue to change because the collective consciousness is shifting into new and higher levels. The inner is always reflected in the outer which means that when one partner spiritually shifts to a new level and the other does not, the energetic alignment they started with no longer exists in its previous form.
​
This does not always mean that a relationship must end. If harmony and love are present even when beliefs differ it often means that the alignment has remained intact. Often one of the partners has done the work in a previous lifetime and there is no need to be actively engaged in it now.
​
True relationships are two individuals both aware of their innate completeness, standing together by choice not need, looking in the same direction.

​
Partnership with a certain person is often part of a person’s pre-birth plan as being necessary for the completion of some unfinished business from another lifetime. This is why it frequently happens that one or both partners question why they came together in the first place.
​
Once a person attains a consciousness of their Divine Completeness, partnerships become less desirable and sought after because the person no longer feels the intense desire or need for partnership. They feel complete.
​
Send light to the world, to those suffering, and to all so called “enemies”. Visualize light within everyone you see or think about. For some you may see just a pin point of light and for others a large brightness but always remember that all hold Divine Light even if it is hidden behind shadows of false concepts and beliefs. This is why you came to earth at this time
​
Light always extinguishes shadows because shadows have no substance. Shadows are simply the absence of light, appearances formed of duality and separation having no Divine energy of their own to sustain and maintain them.

​
The secret of personal and global ascension is to stop feeding illusions and allow Reality manifest.
​
​
We are the Arcturian Group 2/28/21