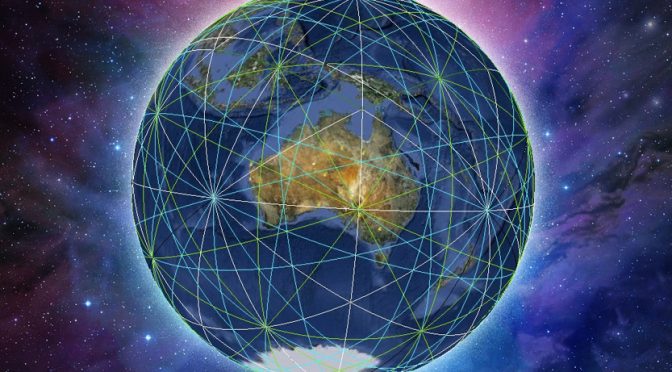 Following the interest shown in the “Event” extract in a recent message, I am now including a longer extract that is very informative and well detailed. It certainly reads better in the present day, bearing in mind that the original messageas per the extract below went out on the 22nd November 2013.

“THE EVENT” a Lord Sananda message extract through ElizabethTrutwin.

Aout 2000 years ago Sananda Kumara was incarnate on Earth as Jesus with the Master Plan in place to Ascend Earth. The Plan failed then as Caesar of Rome created Maritime Law making slavery the Law of the Land. A new Plan had to be made because the dark cabal had taken the Grand experiment beyond intentions. About 500 years ago the Rothchild’s in England hid the fact that Sir Francis Bacon was St. Germain incarnate on Earth. They had dark dealings with money and crimes which denied Sir Francis Bacon the throne. He would have been next in line as King of England and from that position able to make changes to heal the Planet and end Duality. In recent years the dark Cabal continued to wage worldwide war for their benefit, and have attempted multiple times to create World War III and have failed. Mass starvation, nuclear threats, land grabs, insider trading, mass psychological attacks like 9/11 and Banks too big to fail have led to a moment when the Galactic’s could intervene, because the one caveat in the Prime Directive has been violated beyond what is allowed.

What is new is that the Archangels led by Archangel Michael and Archangel Metatron, initiated a Super Portal on 11.11.13. This is a special dispensation that will allow for the requirements to be met to bring on the “Event.’ Earth is a Trinary Star System with Sirius A, Sirius B and Sol our Sun. Jupiter will be the next Sun in our Solar System. Earth is in the Photon Belt and moving into the Pleiades through the Central Sun Alcyone. A Super Portal has opened near Jupiter and it is a portal which operates like a wormhole and opens into the Light Matter Universe of On. This Multidimensional Portal allows in Super Charged Magnetic Light from On to enter into this Solar System and to Earth. Earth has raised an entire Octave since the Equinox in September 2013, and the new energy will make it possible for Earth to enter Zero Point.

What is new about this Portal is a decision was made by the Council of Gods that Earth required this special dispensation as the best way to bring in changes. It carries with it a heavy reality. All has been done to allow as many Souls as possible to go on to New Earth. Since Earth is a Planet with Free Will, some have refused to make the necessary changes to remain on Earth beyond Earth’s Ascension into the Higher Realms. More Souls will be leaving than was anticipated. This is what Ashtar spoke of in a channel. The Super Portal is pouring in Higher Vibrational energies that act to buoy Earth into the Higher Dimensions. In these Higher Dimensions all living on Earth are able to access their Etheric Bodies and travel in their Merkaba Bodies and truly live multidimensional lives. In this High Energy the Light Cities will be accessible. Those not moving on to the New Earth will experience it as a vibration they cannot sustain within their 3D body.These darker denser energies will remain on 3D Earth and continue there. Their physical body will be projected on to 3D Earth and as far as they know no change has taken place. They will continue to deny the Higher Teachings and in their perception nothing will change. Those timelines will continue for now in duality.

Meanwhile 5D Earth will be raised by the Cosmic Builders as a Space Ship rises away from its take off point and flies out of its atmosphere into deep space. Each of the Planets are firmly anchored in place by their energy Grids in orbit and relation to the Planets around them. This Super Portal will have the effect of Earth moving Higher in the Dimensions in the same way we move a bead up a string. It will drop the old Timelines and become Lighter and will exist Higher in the Cosmic Grid, it will bubble up.

Much has been said by us about right timing. Divine Timing for the Event is one of the requirements. Ashtar always says No Dates, No Nukes, No Flukes. The truth is that there are windows of opportunity which come up only a couple of times a year in which the “Event’ can take place. This Super Portal speeds the changes in energy to make it possible for the “Event’ to take place. The likelihood that it will happen soon have been greatly raised since 11.11.13 with the Super Portal. If you are reading this and you repeatedly chosen to not take action and return to love, we will have to draw the line. If you have not been successful in raising your vibration to the minimum needed to sustain love you are invited to remain in duality awhile longer and rejoin Higher Dimensional Earth when you have prepared accordingly. There are no short cuts. Still there are No Dates, No Nukes, No Flukes. Nothing can stop Earth from Ascending.

All of the minimum needed requirements for survival will be freely given to all on Earth. All is prepared and ready to go and has been for some time. Homes for the Homeless, clean water, abundant food, replicators and healing technologies, free energy and more. This will be accomplished by millions of Galactic’s, and by their ships and the technologies they have brought here. This has been planned a very long time.

I feel that as more information comes out it will need circulating to reach as many people as possible. In accordance with the Prime Directive because Earth is a planet of freewill, each soul will have to make a choice as to whether they are ready to incorporate the new energies to ascend, and enter the Golden Age. It would seem that there is ample time to make up your minds, but if you have chosen to ascend the sooner you concentrate on your evolution the better it will be.

This message comes with the guidance of my Higher Self. Let your Light shine out and touch the hearts of those around you. Your presence has a much greater effect than you could possibly imagine.