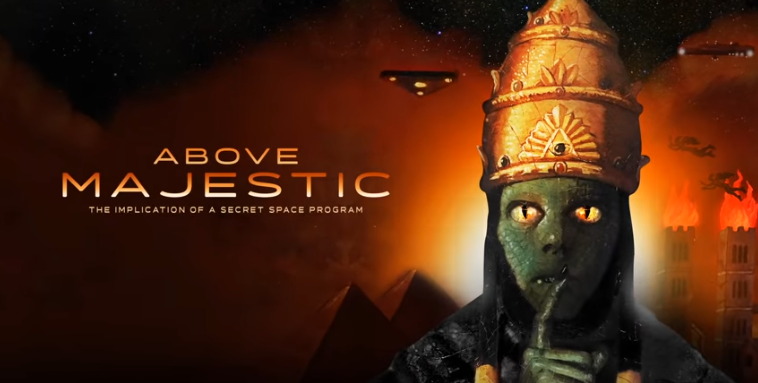 Corey Goode, producer of the bestselling Above Majesticdocumentary, released a major updateon November 17 concerning a new insider that he has privately met and vetted. The insider is a retired surgeon with 30 years experience in a major branch of the US military, and used the pseudonym “Bones” after revealing his true identity. Goode says that after he met Bones about a year ago, he subsequently put Bones in touch with his other insider sources, including “Sigmund”, another pseudonym used by former senior officer in a USAF run secret space program.

Sigmund first met Goode in early 2016, when he was leadinginterrogations of Goode’s information, which included classified information about the USAF program, which Goode calls the Military Industrial Complex Secret Space Program (MIC-SSP). Sigmund eventually had to go on the run from the Cabal/Deep State after confirming Goode’s claims of a far more technologically advanced Navy run space program, Solar Warden. Sigmund eventually began working with the Secret Space Program (SSP) Alliance– a broad alliance of defectors from rival secret space programs and Solar Warden – who rescued him.

According to Goode, Bones passed on two hard drives with numerous digital files to Sigmund revealing details of the “Dark Fleet”, which is a German run secret space program that originated out of their hidden Antarctica bases and alliance with a group of Reptilians called Dracos.

After agreements were reached between the Germans and the Eisenhower Administration in the 1950’s, the Germans were able to infiltrate all aspects of the US military industrial complex as Goode has previously explained.

After the treaty was signed and the joint Secret Space Programs began in earnest, things quickly got out of hand and the Nazi Break Away group won the race to infiltrate and take over the other side. They soon controlled every aspect of the U.S. from the Financial System, The Military Industrial Complex, and soon after, all three branches of the government itself.

Goode summarizedwhat Bones told him regarding the classified name of the Dark Fleet which has still not been publicly revealed:

When I asked him which program he was involved in, he looked me straight in the eyes and told me the actual classified program name. He then said, “I think you have been referring to this program as ‘DARK FLEET’.” I was shocked to hear the actual name of this program dropped so freely.

After arranging a meeting between Sigmund and Bones where the latter handed over digital files on the two hard drives, Goode describedwhat Sigmund told him in an early morning meeting on November 17, 2018 at Lunar Operations Command, a former German moon base now controlled by the MIC-SSP:

We sat there as Sigmund talked about the new intelligence they had received about the Dark Fleet.

He went on to give a nearly 3-hour summary on what was found on the two hard drives that Bones had given them. Sigmund was visibly excited and stated ‘We have everything! Their infrastructure, their lists of assets going back 80 years and where they are located. We now know of Dark Fleet bases in over a dozen different star systems as well as on the Earth and have the joint agreements and battle plans that the DARK FLEET had signed with the Draco’s and an insectoid race as well as non-aggression pacts with other ET Groups.”

I asked Goode today why Sigmund was able to travel safely to Lunar Operations Command (LOC) when the Cabal/Deep State was after him through their own space program that Goode has called the Interplanetary Corporate Conglomerate (ICC), which controls the LOC. He replied:

It is a joint facility and control is with ICC but different programs think classified ppl from their own projects run everything. You have levels of SSP coming in and out. They timeshare the assets at the LOC’s.  Only middle brass ever see’s the ppl that run the bases and the ppl that cycle in or are lower SSP’s only have access to the middle brass, etc

Goode went onto state that the digital files Bones gave to Sigmund had enabled the SSP Alliance, working in tandem with the Earth Alliance (a consortium of White Hats in every major nation on the planet) to identify all Dark Fleet operatives, and subject them to sealed indictments and future arrests.

Sigmund stated that they now had everything they needed to intercept Dark Fleet assets on every continent on Earth. They have now identified every Dark Fleet agent and double agent on the planet and how they have infiltrated the ICC and MIC SSP Programs. He was confident that they now had enough information to pass to the Earth Alliance for future indictments.

Among the more than 60,000 sealed casescurrently found in judicial records, the vast majority involve indictments, which will lead to arrests when unsealed. Some of the looming arrests, according to Goode, involve Dark Fleet assets.

It’s furthermore worth pointing out that the Executive Order issued by Donald Trumpon December 21, 2017 allows the confiscation of property of all those involved in human rights abuses and international corruption. This has allowed Trump’s military backed government to systematically strip the Dark Fleet/Deep State of their financial assets, which were used to control the planet.

What’s particularly noteworthy is Goode’s claim that all Dark Fleet assets in the solar system and even adjacent start systems, will be confiscated and handed over to White Hats who will ensure that these are eventually used for the benefit of all humanity. He wrote:

The SSP Alliance is also confident that they now have actionable intelligence on every ICC, Dark Fleet, Solar Warden and Intergalactic League of Nations base and asset in the galaxy and are ready once the action begins. I am told this will assure that the entire extraplanetary infrastructure that has been built in secret will be available for use by a new system that has been outlined. This is a post-disclosure plan that a minority in the Earth Alliance has put a lot of planning into.

Essentially, Goode is here stating that the new system will be something along the lines of “Star Fleet” in the Star Trek series, whose creator Gene Rodenberry had been secretly briefedabout the Navy’s secret space program.

Finally, Goode saidthat the SSP and Earth Alliance plan to use him for future disclosure dumps:

He [Sigmund] went on to say that they are gathering information to release through me at a future date. I was told that after this information was compiled it would then be given to me to disclose in a way that is beneficial to the SSP Alliance. I was also informed that at about the same time that I am cleared to drop the Dark Fleet information that I should also be cleared to release the information from my meeting at the LOC Alpha, Bravo & Charley and the tour of ancient alien ruins within the Moon itself.

Some of the information will be disclosed in documentaries similar to Above Majestic: The Implications of a Secret Space Program, which the SSP Alliance believes is an excellent way of disclosing the truth.