OCTOBER 3, 2021
​
Dear readers welcome to our message, messages that are intended to bring hope as well as information to those receptive to the deeper truths.
​
Know that it is ok if you experience the negativity and fear rampant in collective consciousness at this time. You knew you would be entering into the lower resonating energies of earth and you are aware that you are a spiritual being with a material body, but because you are sensitive to energy most of you will feel the dense energies being broadcast from a fearful collective fully immersed in duality and separation.
​
The presence of so much dense energy at this time represents earth’s ascension process. Long hidden energies within earth herself must be seen, experienced, and recognized by a majority who will then eventually change the collective with new and more evolved thinking.
​
Never resist what you experience physically, emotionally, mentally, or spiritually in the false belief that it is not spiritual to have negative emotions, fears, or concerns. Rather recognize these things for what they are–impersonal energies flowing from the three dimensional collective. Never claim them as being personally yours or you make them yours. Do not give them power over you but rather allow them to flow through and out again– “Oh, you again…”
​
You are spiritual beings having human experiences by choice in order to once and for all clear yourself of remaining old energy and help others do the same. You were already spiritually evolved when you chose to incarnate in order to be a part of earth’s ascension process. The problem is that once a soul enters the lower resonance of the third dimension most, even the very evolved forget who they are and begin to believe that they are just physical human beings subject to all the good and bad that exists on earth.

​
A person’s state of consciousness remains fully intact in spite of what human thinking may tell it once they enter the lower vibrations of earth. A soul cannot regress but enters each new lifetime at the level of consciousness they have attained even if they have no conscious awareness of spiritual matters and believe themselves to be only human.

​
Everyone’s attained state of consciousness automatically goes with them wherever they go because consciousness IS the reality of every person. Often when a person with a highly evolved state of consciousness incarnates and then forgets who they are, they believe that there is something “wrong with them because they do not “fit in” or align with the beliefs and activities of those around them. This is particularly difficult for the many highly evolved young people now incarnating who have not yet grown into their empowerment and yearn to be accepted by their peers.

​
Learn to love yourself, the self who may be frightened, confused, feels alone, and even at times wants out. Negative emotions do not mean you have lost your spiritual way but rather can be wonderful tools for reminding you that you are living in a three dimensional world at this time and because you are energy sensitive you easily feel what is going on within the collective. Always remember–these energies are never yours. The only energies that are yours are those of Divine Consciousness everything else constitutes illusion.
​
Emotions, experiences, etc. are drawn to individuals simply because energy is always seeking to align with itself as ONE. If a person holds energies of fear of disease in their belief system, they automatically attract disease. If a person holds and believes that they are unlovable, situations that reflect this belief will be drawn to them in their relationships reinforcing this false belief until cleared. There really are no victims, only dear ones who do not know who they are and so continually attract to themselves all sorts of error from universal collective consciousness.
​
The third dimension is a dimension that has surrendered power to everything and everyone other than to the One real Power. The third dimension can be defined simply by saying that it is a universal consciousness of two powers. The third dimension is the bottom rung of a very high dimensional ladder, but most do not know this and consider human beings to be the pinnacle of intelligence.
​
All fear arises from the belief in two powers. Powers that can affect someone for good or bad and over which they have no control. This belief in two powers is the foundation upon which all news, organized religion, health care, education, law, governments, and societal norms have been built. The belief in two powers constitutes third dimensional consciousness.

​
Examine everything you have been or still are in fear of and you will quickly see that it is always based in the belief of one power over another. You are ready to release this belief which is a huge spiritual step. You intellectually know that there is only ONE power and that power is God but now you must begin to walk the walk instead of just talking the talk, giving lip service to this truth, but not really believing or living it.

​
There comes a point at which every soul is spiritually ready to shift into the realization that regardless of appearances, there is, always has been, and only ever will be One Power and that Power lies within every individual. IT is you, but over hundreds of lifetimes lived in duality and separation you forgot who you were, falling victim to every false claim of power alive and well fed in the three dimensional belief system. These accumulated old energies are what you are now releasing from cellular memory.
​
Fully embracing the truth of ONE POWER is a difficult step and does not result in immediate freedom from fear and anxiety. As with all spiritual steps, the integration of it is a process. Do not expect to say “God alone is power”, and then be free from all fear. The intellectual acknowledgement of this or any truth is simply the first step toward it becoming one’s attained state of consciousness.
​
For most, choosing to move into a deeper realization of ONE POWER will cause hidden fears to surface because this choice made with sincere intention acts as the key that unlocks and opens an inner door marked “ONE POWER” behind which lies the accumulated energetic debris from lifetimes that has been ignored, hidden, forgotten about, suppressed, and given power.

​
The deeper aspects of the spiritual evolutionary journey are not always pleasant or very much fun simply because everything old and dense must surface in order to be recognized and even experienced, then cleared. These times are referred to as being the “dark night of the soul”. Old fears, beliefs, issues, pains, diseases, and anything still resonating in a person’s energy field will begin to surface once the door is opened.
​
For awhile it may feel as if you are going backwards but always remember that these experiences are temporary, simply a necessary facets of your deep inner journey leading to true realization.
​
God is the only power is the basis of evolution because it allows everything good or bad, sought or unsought, desired or undesired, feared or not feared, loved or not loved, to be seen from a higher perspective. God is the only power because IT is all that exists. Where could a second power come from if God is the only substance?
​
You are at a very intense point of your spiritual evolution otherwise you would not read, understand, or even be interested in these messages. You have evolved beyond metaphysics, organized religion, classes, rites and rituals, and all those things meant to bring you closer to God. You now know that you can never be closer to God than you already are because God, the one and only LIFE is expressing ITSelf as you and every living thing as well as earth herself.

​
This point is the culmination of an inner journey you have been on for a very, very long time. You now stand in front of the door. It is your free will choice as to whether or not you open the door. It is definitely more comfortable to leave it shut where you will continue to have friends, camaraderie, and “belong” but you have spent many a lifetime crawling, begging, praying, struggling, to find this door and now you stand in front of it. To open it or not? That is the question.
​
​
We are the Arcturian Group 10/3/21

When the Movie Marathon begins the whole series goes for 8 hours 3 × a day.

[Kat Note: David Wilcock talked about this last year. Q Team have prepared a presentation during the Blackout period where there won’t be anything available to “watch” except what the Patriots stream on all apps: TV, iPad, laptops, computers, iPhones, etc.

What they have prepared is exactly what I have been hearing about for several years: 8 hours of TRUTH information to be streamed 24/7 for however many days Patriots need.]

Romana Didulo cont.:
EBS preparation check
Clean Drinking Water
Food for family & pets
Medicine
CASH
A few tips in dealing with those in Shock / Trauma.
1) check in with yourself first before helping others

b) IF no response is given it’s fine
The brain is overloaded & many cannot or won’t talk.

c) If you can, try to get him/her to walk with you for fresh air

4) GIVE REASSURANCE THAT EVERYTHING WILL BE FINE.

The Pissositos are in full blown panic mode!
They have their minions circulating videos
portraying Martial Law (Military Rule) as something bad
Martial Law is ONLY bad for Pissositos

During Martial Law
Military & Special Forces are there to take out the Pissositos.
STAY OUT OF THEIR WAY!

WHEN THE POWER IS CUT OFF DURING MARTIAL LAW
STAY INDOORS
It could mean our Military Personnel
are hunting down Pissositos in your area.

When the Power is cut off at night during Martial Law
IF someone knocks at your door – do not open it –
it could be Pissositos looking for a place to hide.

Let me make this very clear
A bioweapon designed to annihilate
children, women & men on Planet Earth is NOT a vaccine.

[Kat note: The mRNA Gene Modifier masquerading as a vaccine is the bioweapon.]

I have mentioned this several times before but as Martial Law and EBS are immanent I’ll mention it again.

These unmarked (no flags) Military Aircrafts/Helicopters/Space Crafts are ours.

These Aircrafts and Military personnel belong to the Alliance “Earth Defense Forces”.

The nonsense narrative about another planet colliding with planet Earth is a Deep State / Cabal fear mongering pornography.

There will be Military Working Dogs with the Special Forces.
If you have some extra dog food or treats
it might be nice to help them out.

The Deep State/Cabal are out of ammunition.
Their Nuke briefcases scattered around the world
we have them all & they have been deactivated.

That was their last ammunition –
they threatened to Nuke Planet Earth
if we didn’t negotiate with them.

The Cargo Ships not permitted to dock at your Ports
were boarded & inspected –
for hidden Nukes, Adrenochrome, cocaine,
trafficked Children, women & men from around the world, etc.

Don’t be popping that pop-corn while you’re waiting
it’s for EBS yes, not before 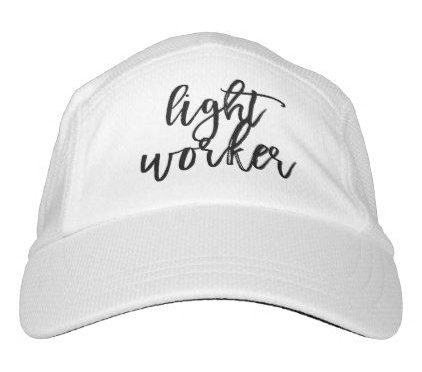