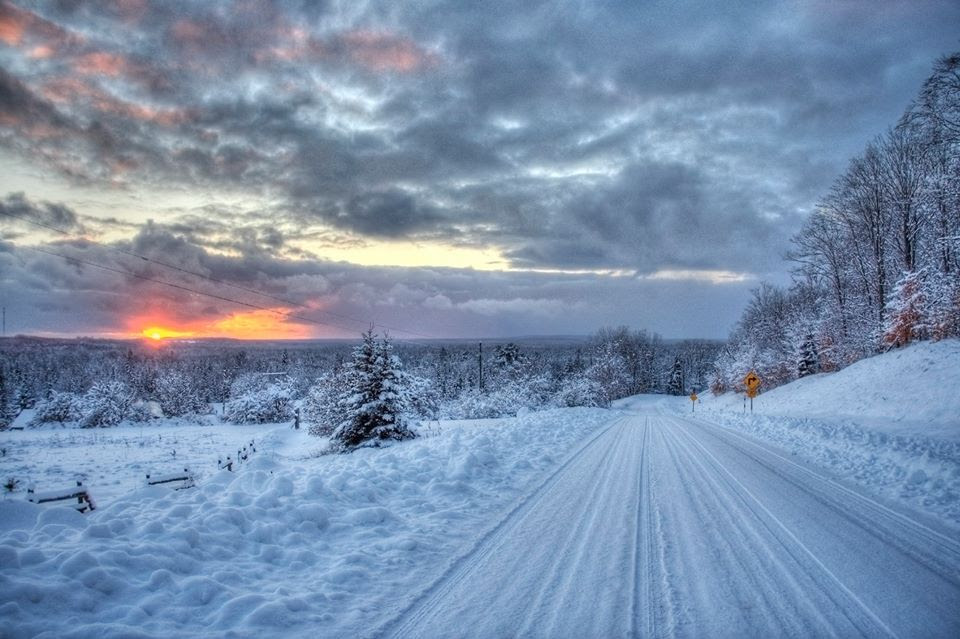 FEBRUARY 14, 2021
​
Welcome dear readers. Know that we are here to guide and assist, but never to force for only you yourselves can acknowledge and reclaim the innate power that throughout the course of many lifetimes you ignorantly allowed others to take from you.
​
The time is now to be what you always have been but have not known you were. It is time to stand in your identity as a spiritual being formed of Divine Consciousness no longer subject to the third dimensional nonsense and false claims that feed a sense of inadequacy and prevent you from trusting in your ability to make wise choices and decisions.
​
You have traveled through many lifetimes and have experienced all skin colors, both genders, and most three dimensional experiences. Because of it, you have reached a place of wisdom and spiritually evolved awareness that in turn has left you at a fork in the road of your evolutionary journey. You have done the work required to bring you to this fork and now you must decide.
​
Path 1- “Should I continue believing that others (family, friends, experts, newscasters, government, religious doctrine) know what is best for me even when or if it does not resonate with me? Do I believe that I am unable to make wise decisions for myself? Do I believe that I am powerless or that victim-hood serves me by providing comfort and attention?”
​
Path 2. “I Choose to trust my intuition because I know it is the voice of my real SELF. I choose to stop giving power for good or bad to everything outside of myself. I choose to begin living life from my highest attained awareness of truth in spite of what others may believe”.

​
Today is a time of indecision and confusion because on one hand you are continually being told what is true and right while at the same time you are feeling that much of what you are being told is not true. We do not speak so much of politics, but rather about the unrecognized duality present within the small and seemingly ordinary aspects of daily living.
​
Most are accustomed to simply allowing commonly accepted beliefs and habit to guide their decisions and actions. Every day when driving, shopping, simply being at home, answering the phone, at work, or taking care of basic family needs, you are faced with ordinary situations in which you can be loving or not loving.
​
These daily events offer you opportunities to practice your highest awareness of love which in certain situations may not even seem like love to the three dimensional mind. There may be times when being loving means taking no action at all, allowing another to suffer from their choices in order to learn. Love must be a part of the small everyday activites rather than being reserved for grand gestures that result in praise and adoration.

In spite of how completely oneness may be misunderstood and falsely interpreted by minds conditioned with beliefs of duality and separation, the Divine interconnecting energy between all within the ONE never changes and the realization of this is the door leading out of the hypnotism of human-hood that has plagued mankind throughout time.
​
Your job as a spiritually evolved person is to help mankind ascend out of three dimensional energy and into frequencies that are higher and real. In order to do this you must learn to see through the manifestations of duality and separation that have and still are presenting themselves so realistically. The third dimension can be likened to the lower rung of a very high ladder.
​
This does not mean approval or simply looking the other way. In order to be effective, words or actions must be expressed in a way that the person’s level of awareness allows them to understand. At the same time a Light worker never loses sight of the fact that the individual needing reprimand or guidance is at their core, a Divine Being. This allows the energy of the necessary words or actions to flow on a stream of higher dimensional energy.
​
Stand back and allow the debris to settle, dear ones. Don’t judge the state of things by staring at cloudy water swirling with hundreds of different substances because it is being shaken. Allow everything to be what it is, not judging by appearances. Hold to the knowledge that floating debris never becomes the water and will at some point settle to the bottom.
​
Be patient with yourselves and others while continuing to hold your highest awareness of truth in spite any outer circumstances you may find yourself in. . Know that there is light at the end of the tunnel and the energy is quickly moving toward it. You will soon begin to see positive changes.
​
You came to shine Light on the world’s collective shadows and thus assist in dissolving them. Shadows are simply places without light and as such are never real because they have no substance regardless of how menacing they may appear.

​
Shadow energies are beginning to manifest everywhere because high dimensional light is exposing them. Rather than being shocked or going into fear in the presence of shadow energy, look at it and laugh for appearances that arise from the nothingness of false beliefs are illusion, having nothing to support, maintain, or sustain them other than belief in them.
​
We do not say this to diminish the struggles that many are experiencing at this time, but rather to help you to see and detach from continuing to feed them with the energy of belief in them as being reality. This is why you are seeing so much chaos at this time. The shadows are being exposed in order to be recognized and dissolved through mankind’s awakening into a higher state of awareness.
​
You have attained a consciousness of truth and are able to view the world with awakened and evolved eyesight which is why you are on earth at this particular time. You may think you are doing nothing if you judge by traditional concepts about what light work is, but light work is not and never has been limited to healers, channelers, shamans, and metaphysical teachers.

​
Light work is the automatic flow of higher dimensional energy in every ordinary aspect of life from those who have attained a high resonating state of consciousness.

​
Everyone who has attained this high level of spiritual awareness is a Light worker. You are here to silently and secretly be the Light as you live what may appear to others to be an ordinary existence. Your evolved consciousness automatically assists others to awaken to their own light which will eventually lift the balance of truth versus false in the collective.
​
Divine Consciousness is omnipresent and therefore every bit of Light you attain and carry in your consciousness has the power to effect anyone able to align with it. Someone ready and receptive to truth may shift to a new level of awareness simply by being in the presence of a truth filled consciousness. The receptive person may be far away across the world but because there is only ONE, they can be lifted by your awareness.
​
ONE is the key word–one Divine Consciousness. The truth you hold in your consciousness allows it to be available to anyone able to align with it. This is how Jesus healed, those seeking help aligned with and became one with his consciousness that held no belief in disease as a reality.
​
This is the vital work you are doing as Light workers and it is more powerful than protesting, proselytizing, or seeking three dimensional solutions. However, not all are spiritually qualified to work at this level and wise world leaders are needed at this time in all levels of life. Some of you may be guided to work in the “trenches” and if you are, don’t resist, for all work is spiritual work when done from a place of love.

​
Regardless of what your life may presently look like, never lose sight of who you are. 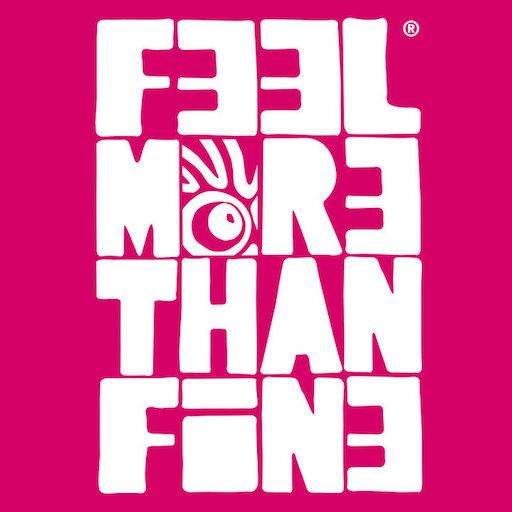 This is a small documentary about Light work that i did back in 2017 which i believe reflects in many ways similar efforts by Light workers across the planet.

I recently received a comment from Carla that says :

I truly believe I was guided to this channel!, learning or remembering what was lost by just watching this movie. In minute 1 hour 22 you speak on Nesara. Well literally last night I had my third dream of President Trump and he said “Gesara is rolled out” he had a very strong military presence around him. This is my second confirmation regarding that dream this morning. Waiting on the third. Thank you light worker 🙂 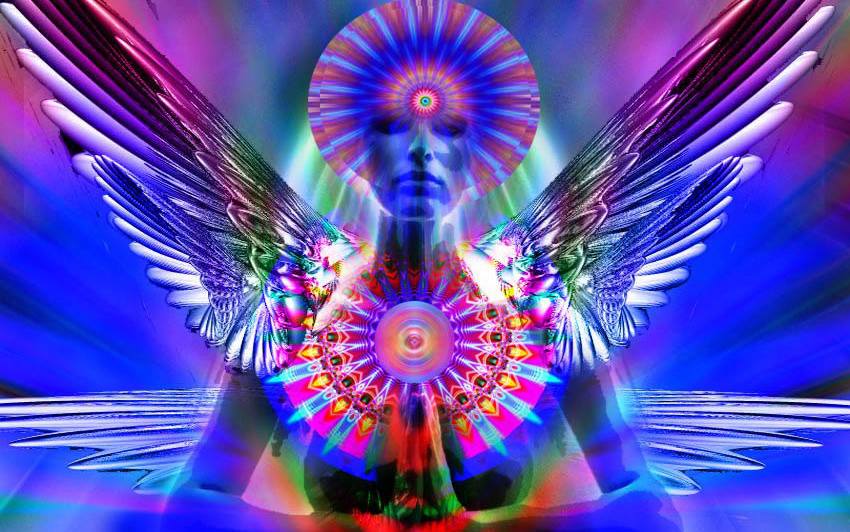 You may think of the first phase as a very long phase of giving. Many of you will be shifting how your service looks now that there is another wave of people who are awakening and excited to step into your old roles. This can be challenging for many of you as you have identified yourselves through your service, but this change is necessary. The biggest challenge many of you will face is learning to receive, and coming to peace with the idea that your beingness is more than enough.

When you are always giving it is like trying to thrive with only out breath. You might think of out breath as masculine energy. You have been leaders and wayshowers in whatever ways served your individual soul paths. But after so many years of dedication, it is time to pass the baton and be ready to receive. Receiving is a feminine energy. Is it time for you to take a great big in breath?

You will still honour your service but for many of you it will shift more into being than doing. You will be putting down the burden of the martyred service paradigm and moving into more joyful, supported service. You will be operating from a space of fairness for everyone involved including yourself. You will breathe in and breathe out, which is the ultimate expression of balanced flow. Allow your service to shift and evolve in whatever ways honour you and your soul agenda, Dear Ones, as that is all part of the beautiful unfoldment of your journey.